Dealing with 'Anchoring Bias' in DFS 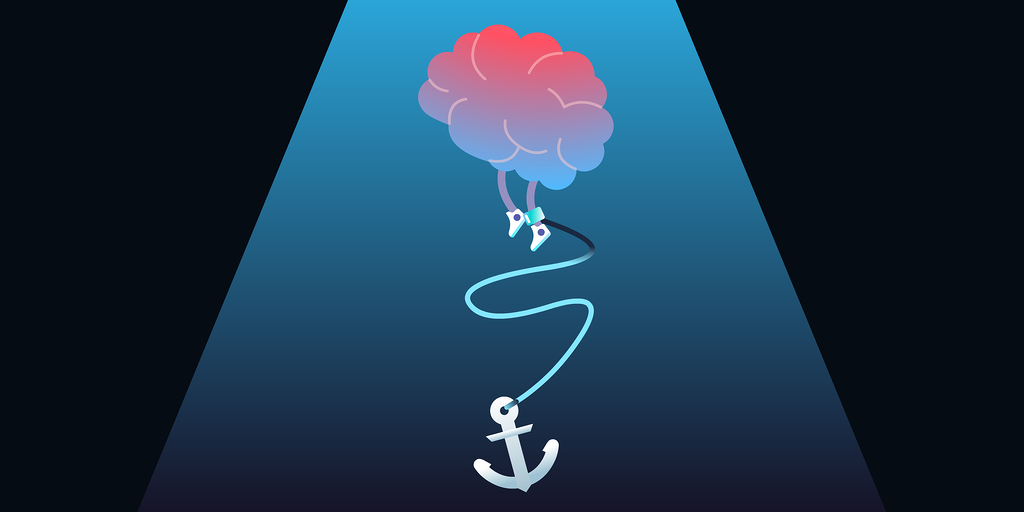 In Week 2 of this instalment of articles, I will be covering the effects of “Anchoring Bias” - what it is, how to avoid it and also how utilize it.

Last week we focused on how tilt can affect our decision making after we have had a bad run of results. However, we also need to look at our decision-making process before our line-up construction, specifically the underlying short cuts our brains use to make decisions more efficiently (but not always optimally).

In cavemen times, humans would process a situation such as a rustle in a nearby bush in one of two ways. They would either wait to gather more information on the situation (however if there was a lion in the bush, this would result in a very sub-optimal outcome), or the brain would use a shortcut, whereby skipping the information gathering step and initialising the decision-making step (i.e. run away to safety). Now, there may not be a lion in the bush, it may have just been the wind, but by processing the situation in this way, the brain has saved the caveman to fight another day.

Situations like the above occur to humans in modern day also. While potentially not as life threatening, the brain may be looking at ways to effectively make decisions quicker, while reducing the input of data. There are many such shortcuts and cognitive illusions/bias that can occur, and this article will cover one that DFS players may be affected by regularly.

ANCHORING = Where decision making is influenced heavily by the initial information/value, which is used as an anchor point.

Anchoring bias, sees humans weight their decisions heavily, based on an initial value. For DFS players, that could mean weighting our decision of a player from their;

We may be susceptible of anchoring around this initial value and adjusting our judgement of that player from there. Thissees problems arise if the anchoring value is incorrect or misunderstood. For example, when a player drops in price, they may be seen as a value play based on their season average. Thus, anchoring around this value, without further thought into the underlying reasons this player has recently dropped in price and is being considered a value play.

By facing anchoring bias head on, we can actively create habits embedded in our research process which identify when we may be affected. When researching players, we can actively ask three questions:

How to utilize Anchoring Bias

We can utilise anchoring to our advantage, by identifying when the anchoring value may be incorrect and then understand the underlying causes. For instance, Tom Atkins (GEE) had an injury effected score of 2 in Round 8. Giving him a;

We can see there is a wide spread of values that we could easily use as an initial anchoring value. The advantage comes when we can identify when a value has been impacted and understand why. Atkins’ three-week average following Round 8 was 66. If we had allowed anchoring bias to affect our decision, we may have been inclined to anchor Atkins at 43 (3 round avg including 2), 48 (season avg with 2) or to an extent 55 (season avg without 2) and potentially looked at fading him.

While using such a subjective assumption is a very basic way of approaching a complex problem, research and statistical analysis on similar situations can be undertaken to create more precise anchoring values (projections that account for contextual factors). By being actively aware of anchoring bias and embedding questions that bring it to our attention within our research, we can avoid missing critical player information and overweighting the first value we see.