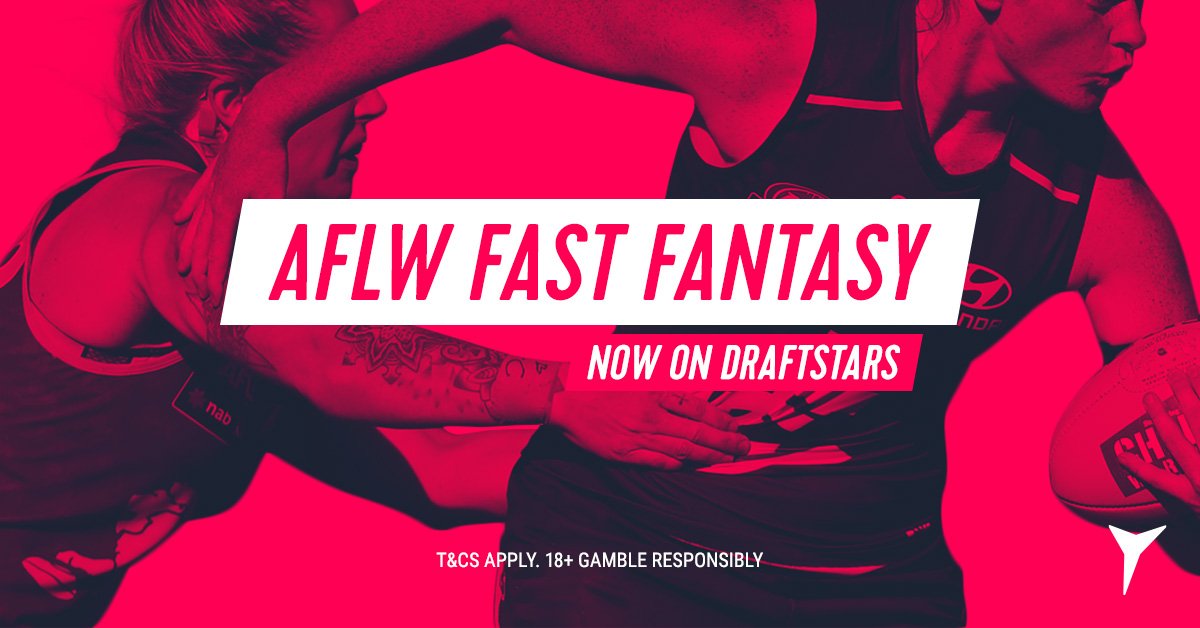 After a thrilling first season of the AFLW competition, we are now just days away from the second year officially getting underway. To celebrate, Australian daily fantasy website Draftstars have made the massive announcement that they will be offering tournaments for every AFLW game of the 2018 season!

The announcement comes as a shock to many avid DFS players around Australia, but a pleasing one at that, as it means that daily fantasy football kicks off a few months early this year!

Standard $15 entry tournaments will be run for every game of the 2018 season, with some prize pools already guaranteed to offer up to a whopping $10,000! The first round of games, set to be played this weekend, features one $10k prizepool, along with 2x$5k and 1x$3k.

That’s some serious cash to be won over the first weekend of play alone, and judging on the level of interest in the tournaments, those numbers could rise quickly!

Champion Data, the benchmark for AFL stats and the certified source for Draftstars compeittions are also jumping on board by releasing a women’s version of their extremely popular AFL Prospectus! The book comes with stats on every team and player in the AFLW to get you on the right track to winning some of that Draftstars cash.

Not only are Draftstars running the feature $15 tournaments, but there are also a heap of different contests including double ups, six man and beginner competitions on offer.

With only a few days until the 2018 AFLW season kicks off, make sure you head to the Draftstars Lobby now to check out the range of tourneys and start building your squads! 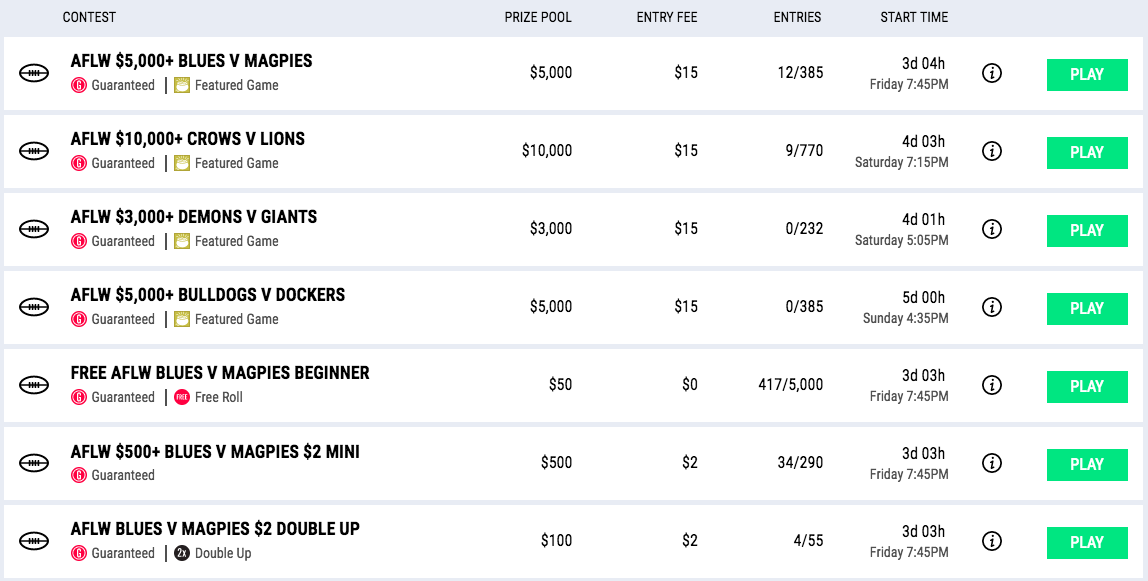