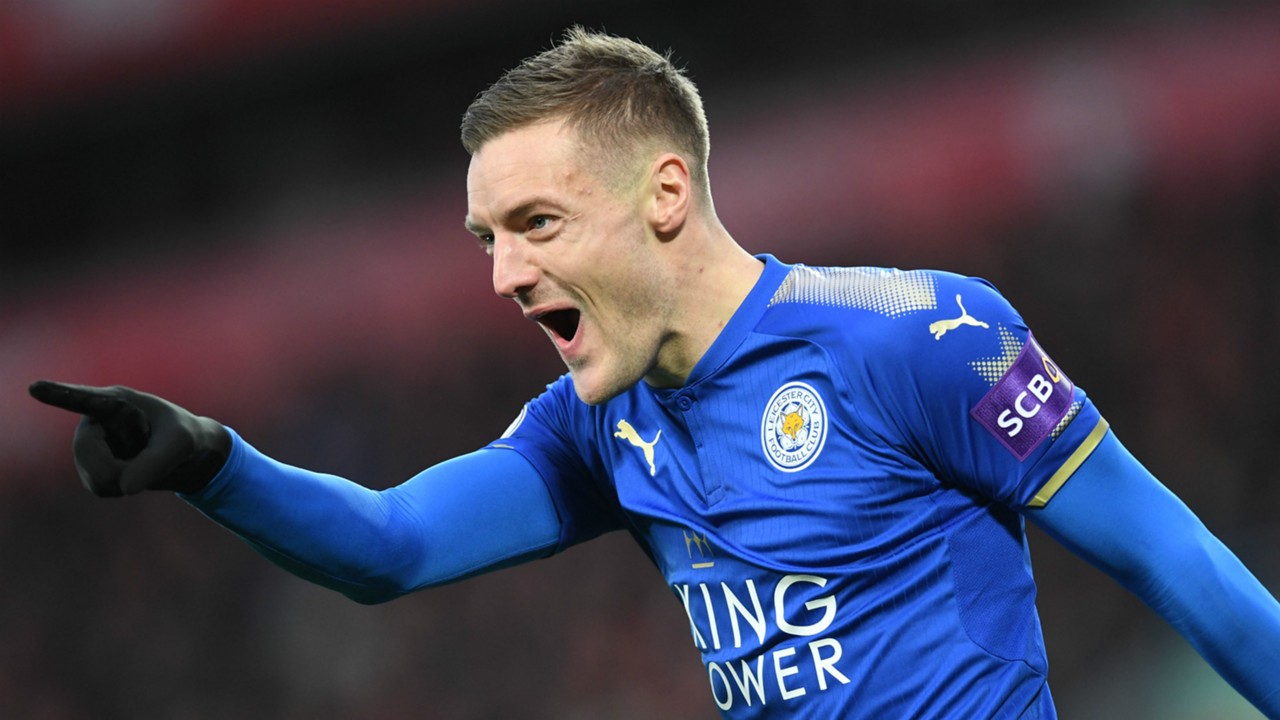 We’re now approaching week 10 of the 2018/19 EPL season where there’s some exciting games set to play out. As usual, we've put together our fantasy team line-up and provided some tips to help you with yours.

There are big six-game slate of EPL action this Saturday night. The feature matches include: Brighton vs Wolverhampton, Fulham vs Bournemouth, Liverpool vs Cardiff, Southampton vs Newcastle, Watford vs Huddersfield, Leicester vs West Ham.

There are some fantastic DFS contests for this weekend’s action. DraftKings are hosting a massive $30,000 contest, Draftstars have a $3,000 contest, PlayON have their own $800 contest, while SportChamps have a season long $5,000 tournament.

Below, we’ve provided our best plays for each position from the featured matches in the 30k DraftKings contest.

Alisson ($6,000) – He’s by far the safest option in this position this weekend and should be on the end of another clean sheet against Cardiff.

B. Foster ($5,500) – If you’re looking to save a bit of cash and think the Watford defence will able to hold out lowly Huddersfield, then Ben Foster is another solid pick.

J. Holebas ($7,100) – Watford’s attacking full-back is the most expensive defender in this slate for a reason. He’s already got a goal and four assists to his name this season and will be in full force again this weekend.

A. Robertson ($6,700) – Just like the aforementioned, Robertson gets up and down the left hand side of the pitch and whips in dangerous crosses with regularity. He will get his chances again this weekend.

V. Van Dijk ($4,400) – You always need at least one cheap defender in your line-up and this week ours is Van Dijk. He is almost a lock for a clean sheet and is a threat from set pieces with his aerial ability.

J. Vardy ($8,700) – Vardy has quietly been putting together another solid season and will have every chance to continue that on the weekend. Could be a solid POD selection if he can get on the score sheet.

A. Mitrovic ($7,500) – Another naughty pick could be Fulhams number 9 Aleksandar Mitrovic. He’s already banged in five goals this season and will be in the thick of it against Bournemouth on the weekend.

R. Pereyra ($6,700) – Pereyra has been stellar this season, scoring four goals and linking up in many more. He’s nicely priced for such a great player.

R. Neves ($5,600) – Neves let us down last week in the Wolves surprise loss to the Hornets. We’re prepared to give him another go this weekend against lowly Brighton.

A. Doucoure ($4,400) – A basement priced player who we feel represents serious value and upside is Doucoure. He’s already got four assists to his name and will have plenty of chances to get involved again on Saturday. 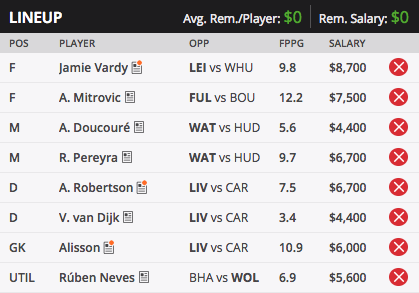