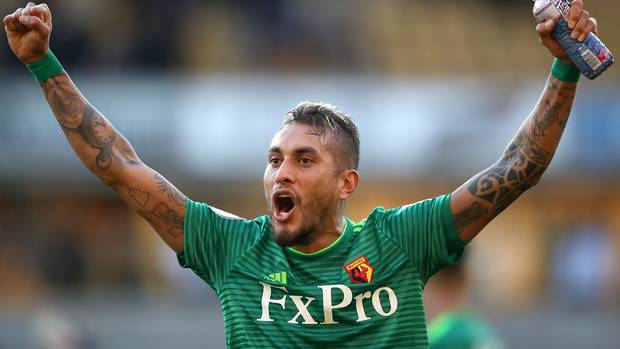 Week 11 of the 2018/19 EPL season kicks off this weekend with some mouth-watering fixtures set to play out. Once again, we've put together our best fantasy team line-up for the feature games on Saturday.

There’s a five-game slate on this Saturday night with matches starting from 2am-4:30am. The feature matches include: Cardiff vs Leicester, Everton vs Brighton, Newcastle vs Watford, West Ham vs Burnley, Arsenal vs Liverpool.

Below, we’ve provided our best team for the featured matches in the 30k DraftKings contest.

J. Pickford ($5,600) – We have Everton as most likely to keep a clean sheet this week, which leads to the Pickford selection here. He’s one of the top GK’s in the league and has already saved two penalties this season.

This week we’ve opted to go with Everton defenders as they have a soft fixture at home vs Brighton Hove Albion. The Toffees best options here are:

L. Digne ($6,900) – Digne has been impressive since joining the Toffees starting line-up and has sent in 10 or more crosses in four of his seven games.

S. Coleman ($5,200) – On the opposite wing to Digne is Coleman who plays a little bit more reserved compared to his teammate. However, we expect there to be plenty of space up the wings for Coleman this weekend against a Brighton team that concedes the third most crosses in the league.

M. Keane ($3,800) – A cheap but solid option this week in the centre of defence is Keane. He’s averaging an impressive 7.3 fantasy points per game and has a chance to improve on that this weekend.

Richarlison ($9,000) – The young Brazilian has dropped off since his extremely hot start to the season, but we feel it’s on a matter of time until he starts banging them in again. Good chance in a soft fixture this weekend.

Lacazette ($7,200) – Arsenal have won 11 straight in all competitions and this man has had a lot to do with it. He’s a bit cheaper this week as the Gunners face off against the undefeated Reds, but he’ll still be one to fancy his chances.

R. Pereyra ($6,200) – Pereyra was worth his weight in gold last weekend for our fantasy team as he found the back of the net against Huddersfield. He has another great chance to have a big game against the winless Newcastle this weekend.

G. Deulofeu ($5,900) – A cheap but solid mid/fwd pick this weekend is Deulofeu for the Wolves. He’s impressed in two 60min cameos in recent weeks and should get another chance this time around.