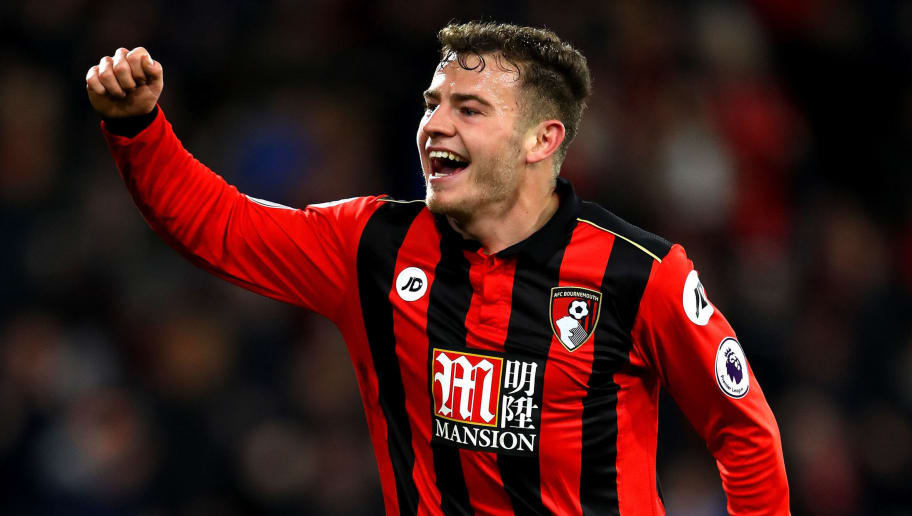 The 2018/19 EPL season has now reached week 12, where there’s plenty of exciting games set to take place. As usual, we've put together our best fantasy team line-up for the feature games on Saturday.

There’s a five-game slate on this Saturday night with matches starting from 2am-4:30am. The feature matches include: Huddersfield vs West Ham, Leicester vs Burnley, Newcastle vs Bournemouth, Southampton vs Watford, Crystal Palace vs Tottenham.

As usual, there are some huge DFS contests being offered for this weekend’s action. DraftKings are hosting a massive $35,000 contest, Draftstars have a $3,000 contest, PlayON have their own $800 contest, while SportChamps have a season long $5,000 tournament.

Below, we’ve provided our best team for the featured matches in the 35k DraftKings contest.

Hugo Lloris ($5,200) – There’s not many standout options this week, but we’ve decided to go with Lloris from the Spurs. We expect them to get the win over Palace and keep the scoring to a minimum.

This week there’s no real standout teams with soft fixtures, so we’ve decided to spread our defence across multiple teams to minimise risk and maximise points. Our defenders this week include:

Ben Davies ($4,900) – If selected at full-back, Ben Davies is a great option for your team. We like how he gets up and down the wings and puts in quality crosses, which may result in an assist. He’s a lot cheaper than Trippier, but can provide just as much scoring.

Adam Masina ($5,100) – We’ve gone with Watford’s Adam Masina for our other defensive position. He impressed in the win over Huddersfield last weekend where he sent in four crosses and picked up an assist.

Charlie Daniels ($4,300) – Bournemouth full-back Charlie Daniels gets the nod as the utility in our team this week. We expect the Cherries to be too strong for Newcastle and Daniels to send in his fair share of crosses, like last week when he sent in six.

Callum Wilson ($8,100) – Wilson has been super impressive for the Cherries this season, banging in six goals to go along with four assists. We love him against Newcastle this week at a generous price.

Erik Lamela ($7,200) – The silky lefty has found himself back in favour for the Spurs and has been repaying them with some great performances. He’s always a threat to score or assist and is priced nicely.

Ryan Fraser ($8,200) – Cherries star Ryan Fraser earns himself a place in our team after a sensational season to date. He’s one of the main men behind their early season success and is fantasy gold most weeks.

Roberto Pereyra ($6,600) – Rounding out our team is Pereyra from the Hornets. He’s featured in our team a lot in recent times, but that’s just because his value for money is so great. He’s definitely a great cheaper option in midfield. 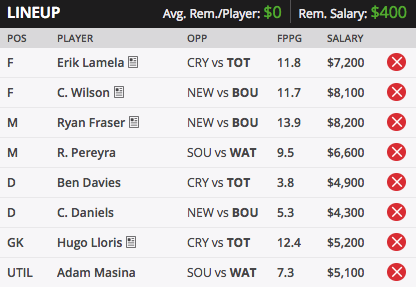