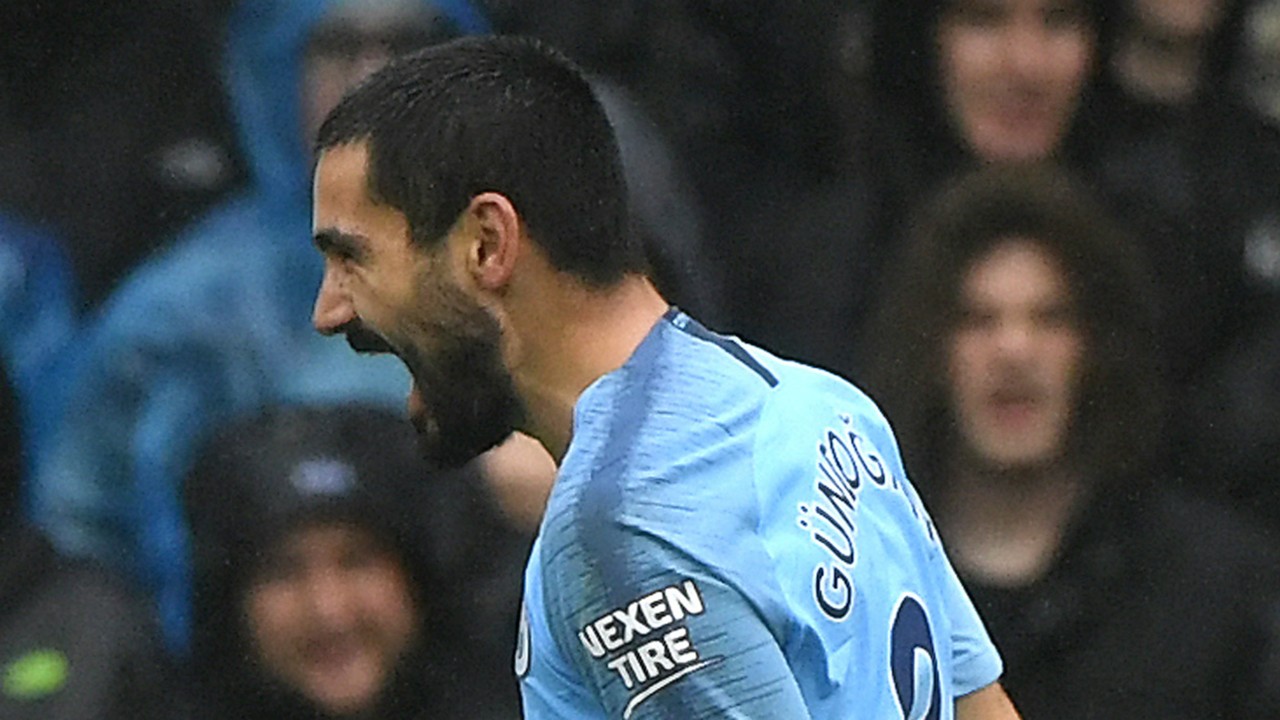 The 2018/19 EPL season returns this weekend after a week off for international break. Like we’ve doing all season so far, we've put together our best fantasy team line-up for the upcoming feature games on Saturday.

There’s a huge seven-game slate on this Saturday night with matches starting from 2am-4:30am. The feature matches include: Brighton and Hove vs Leicester, Everton vs Cardiff, Fulham vs Southampton, Manchester United vs Crystal Palace, Watford vs Liverpool, West Ham vs Manchester City, Tottenham vs Chelsea.

As usual, there are some huge DFS contests being offered for this weekend’s action. DraftKings are hosting a massive $40,000 contest, Draftstars have a $3,000 contest, PlayON have their own $800 contest, while SportChamps have a season long $5,000 tournament.

Below, we’ve provided our best team for the featured matches in the 40k DraftKings contest.

J. Pickford ($5,400) – Everton have been in really solid form lately and we expect that to continue in a soft match-up against Cardiff this weekend. Pickford is your best option here at a nice price.

This week we have Everton, Manchester United and Manchester City as the team’s most likely to help themselves to a clean sheet. Therefore, our defenders this week include:

A. Young ($5,600) – Man Utd full-back Ashley Young comes into our side as the priciest defender. With Luke Shaw out we have Young creating a lot of chances with his dashing runs and quality crosses.

K. Walker ($5,000) – Likewise, Mendy is out for City this weekend, meaning Walker will be required to push forward more to help the attackers create. We’ve seen in the past that he’s more than competent with that role.

S. Coleman ($4,900) – Rounding out our defence is Coleman from the Toffees. As mentioned above, we expect them to keep a clean sheet, but we also expect them to create a lot of chances.

Richarlison ($8,600) – The Brazilian maestro has been a mainstay in our teams and he’s in once again this weekend. He’s still under-priced for his production and will be in the thick of it against Cardiff.

D. Silva ($8,000) – The first of two City attackers in our team is David Silva. He’s nicely priced for his potential output against a soft match-up. We like him over a few of the other pricier City mid/fwds.

T. Walcott ($6,500) – Accompanying Richarlison from the Toffees is Theo Walcott. He’s extremely cheap for what he can produce and should be right in the mix for a goal or two this weekend.

I. Gundogan ($5,600) – Our cheapest mid/fwd this weekend comes in the form of Ilkay Gundogan. He made an immediately impact in his return off the bench for City in the derby and should force his way back into the starting line-up this weekend. He represents excellent value. 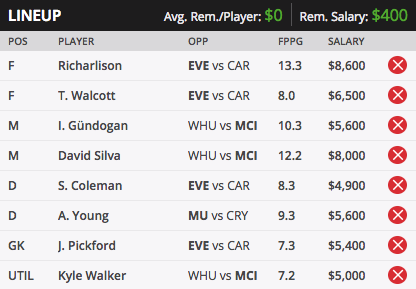