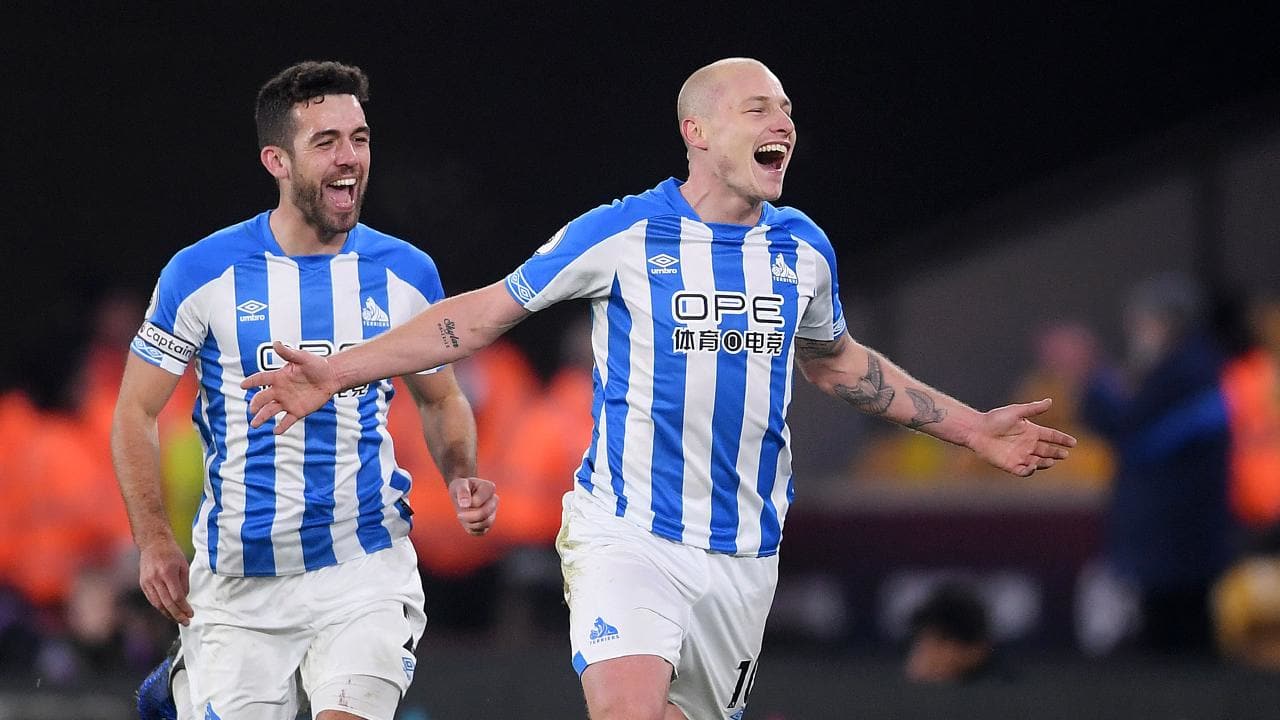 The 2018/19 EPL season returns this weekend after a terrific weekend prior, where a few upsets means there are just two teams that remain undefeated. We’re now shifting our focus to the weekend ahead, particularly the Saturday night slate, where we've put together our best fantasy team line-up.

There’s a tasty six-game slate on this Saturday night with matches starting from 2am-4:30am. The feature matches include: Crystal Palace vs Burnley, Huddersfield vs Brighton and Hove, Leicester vs Watford, Manchester City vs Bournemouth, Newcastle United vs West Ham, Southampton vs Manchester United.

Below, we’ve provided our best team for the featured matches in the 30k DraftKings contest.

Ederson (MCI $6,000) – Manchester City’s goalkeeper Ederson gets the nod again this week. They’re the only member of the ‘Big six’ that play at home this week, so we’ll be backing them in to keep a clean sheet here.

This week there is one clear stand out with Manchester City, but aside from that the only team we are confident on is Newcastle, due to their impressive last month of football. Therefore, our defenders this week include:

K. Walker (MCI $5,900) – Walker is still underpriced for the scores he produces week in week out. We will continue to select him in easy match-ups.

N. Otamendi (MCI $4,800) – Otamendi missed the midweek Champions League game against Lyon, but we expect him to regain his place against Bournemouth this weekend. He’s the best scoring centre back for the defending champs.

D. Yedlin (NEW $4,400) – We’re going for a bit of a POD for our utility position, selecting Yedlin from Newcastle. We expect them to make it four wins on the spin with an easy match-up this weekend.

R. Sterling (MCI $10,500) – We’ve gone with Sterling for our most expensive player this weekend. He’s the highest scoring fantasy player and is still reasonably priced.

A. Mooy (HUD $7,300) – Mooy gets a gig after his stellar performance last weekend. He’s Huddersfield Town’s leading fantasy scorer and we expect them to be in the hunt for back-to-back wins this weekend.

S. Rondon (NEW $6,000) – Rondon should keep his place as the number 9 for Newcastle once again. He’s extremely cheap for the lone striker on a team that should get the win.

S. Mounie (HUD $5,100) – Mounie is the second Huddersfield player that gets in our team this week. We expect him to get solid game time this week and may well be a good POD. 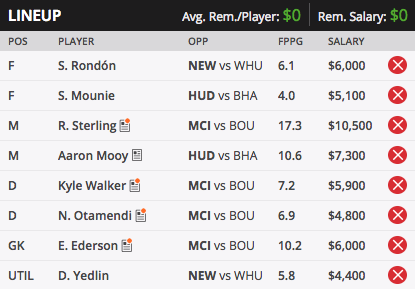