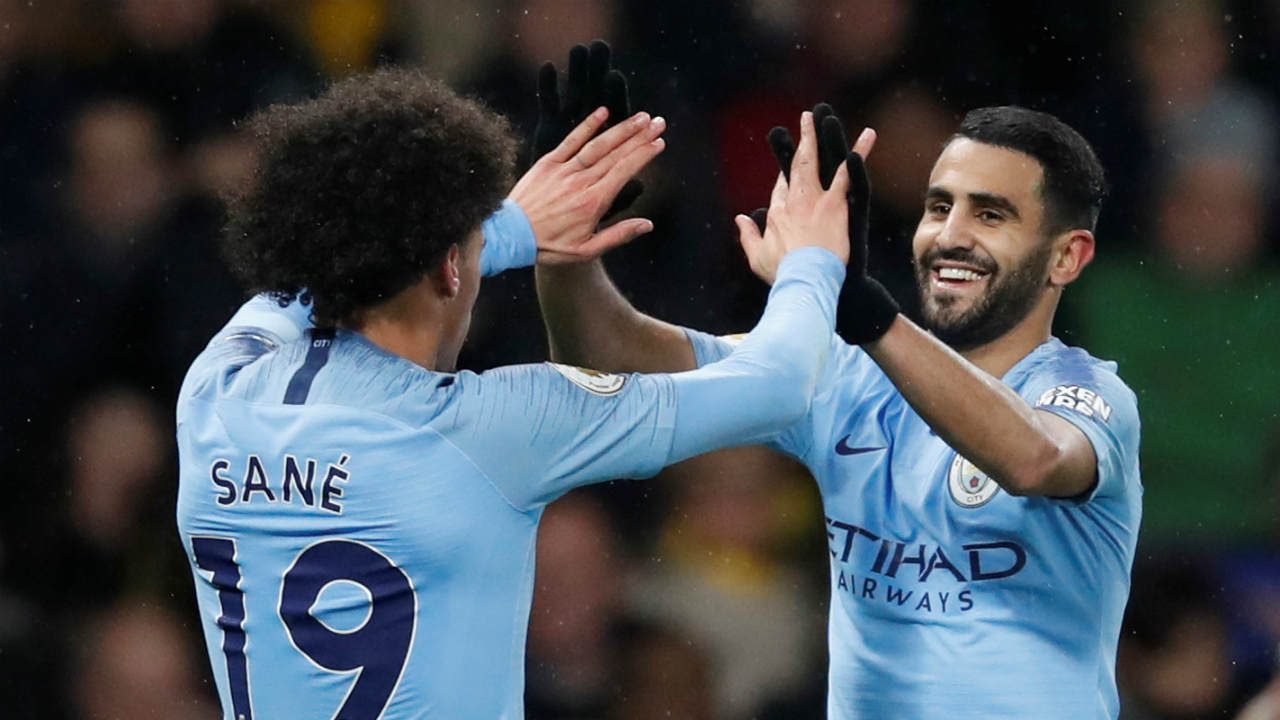 There were some interesting results midweek in the 2018/19 EPL season, with Chelsea losing their second game in three and the big Manchester United vs Arsenal fixture ending in a 2-2 draw. We now shift our focus to Match Day 16 this weekend, particularly the Saturday night slate, as we provide our fantasy team of the week once again. Good luck to everyone entering!

There’s the usual six-game slate on this Saturday night with matches starting from 2am-4:30am. The feature matches include: Arsenal vs Huddersfield, Burnley vs Brighton and Hove, Cardiff vs Southampton, Manchester United vs Fulham, West Ham vs Crystal Palace, Chelsea vs Manchester City.

B. Leno (ARS $5,900) – Arsenal are undefeated in their last 20 games all competitions and are a lock to make it 21 against Huddersfield this weekend. Leno provides the most safety here.

A. Young (MU $5,600) – We expect Young to return to the United defence this weekend and play his normal wing back role. He’s always a chance to pick up assists with his quality crossing ability.

H. Bellerin (ARS $5,100) – Bellerin has been a big part of the Arsenal success over the past couple of months. He’s really improved his defensive aspect but is still a threat going forward.

S. Kolasinac (ARS $4,700) – On the other side of the pitch to Bellerin is Kolasinac, who has been in good touch lately. We are happy to have him at a really cheap price this week.

P. Aubameyang (ARS $9,300) The most expensive player in our team this week is Aubameyang from Arsenal. He’s been banging in goals for fun of late and will be a huge threat against a poor Huddersfield town side this weekend.

A. Lacazette (ARS $8,900) – Alongside Aubameyang and right in the thick of it this weekend will be Lacazette. The Frenchman has been all class this season and is a huge chance to get a goal or two here.

S. March (BHA $5,600) – March comes into our team for the first time this season. Brighton and Hove are on a role at the moment and he’s been a big reason why.

M. Lemina (SOU $4,600) – Lemina missed through suspension last weekend, but we expect him to slot straight back into the starting 11 this weekend. Southampton should create plenty of chances against Cardiff. 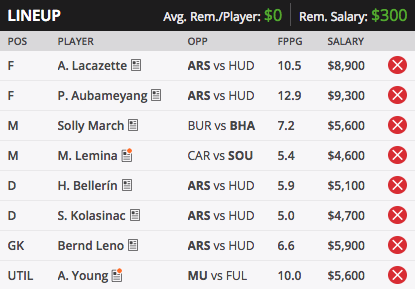