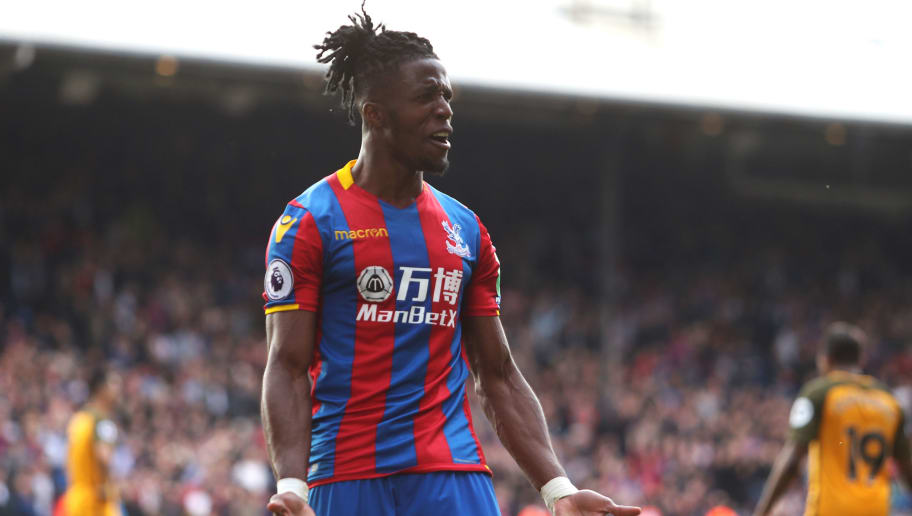 The EPL season has been a thrilling one so far as just four teams have acquired maximum points from their first 3 games. We now turn our focus towards Game Week 4, which promises to be another good one!

There are 6 matches that feature in the Saturday night slate this weekend, including Brighton vs Fulham, Chelsea vs Bournemouth, Crystal Palace vs Southampton, Everton vs Huddersfield, West Ham vs Wolverhampton, and Manchester City vs Newcastle.

One again, there are some great Daily Fantasy Sport contests to get involved in for the big 6-game Saturday night slate. DraftKings are hosting a massive $50,000 contest, Draftstars have a $6,000 contest, PlayON have their own $1,000 contest, while SportChamps have a season long $5,000 tournament.

Quite clearly, you want to be selecting a keeper that will be keeping a clean sheet. In my opinion, the only one you should be looking at this week is Manchester City’s Ederson ($6,000). City are extremely reliable and hardly ever concede at home, making Ederson your best option.

Likewise, in defence I highly recommend picking a stack of players from a team you feel is the most likely to hold their opposition scoreless. Your best options here include Manchester City, Chelsea, or Everton players.

Most of the best midfield or forward options at DraftKings are dual position, meaning you can select them in either spot, which is why I like to group them together.

Sergio Aguero ($11,100) – Always a chance to score, especially against weaker opposition. Will cost you top dollar.

Raheem Sterling ($9,900) – Will be a bit of a POD compared to his partner up front in Aguero. Could prove to be a naughty selection.

Wilfried Zaha ($8,800) – Zaha is one of the most underrated forwards in the EPL and is in the middle of everything for Palace. He’s a bit pricey but could prove to be well worth it.

Pedro ($8,400) – As I mentioned early in the season, with Hazard falling a bit out of favour, Pedro is a terrific option for Chelsea.

Gylfi Sigurdsson ($7,900) – The last premium option I’m interested in is the Icelandic star from Everton, Sigurdsson. With Richarlison out with injury, he will be the main man for the Toffees.

Some value picks to think about are:

Cenk Tosun ($6,500) – Really like this guy for Everton. He’s had 2 assists so far this season and I can see him adding a goal or too sooner rather than later.

Raul Jiminez ($6,300) – He’s yet to trouble the scorers this season but he has enough shots a game to make me feel that his time will come soon. Wolves are a big chance to get the win against the Hammers. 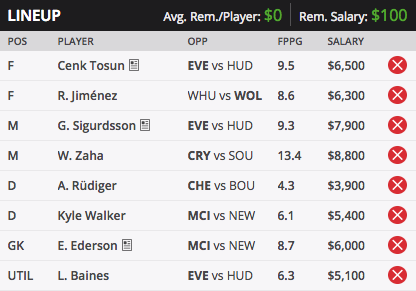