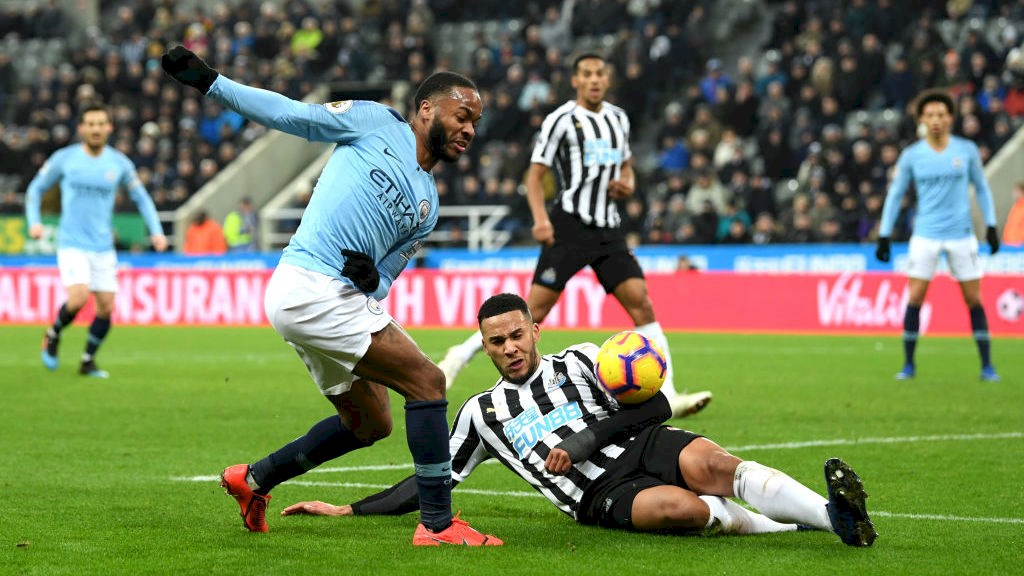 The 2018-19 EPL season continues to dish out surprises with a few of the top teams dropping valuable points overnight. There’s another four game slate on Thursday morning that could prove to be pivotal to the final standings in just a few short months! As usual, we’ve provided our fantasy team of the week to help you make the right selections. Good luck to everyone entering!

The four fixtures set to play out on Thursday morning at 6:45am AEDT include Bournemouth vs Chelsea, Southampton vs Crystal Palace, Liverpool vs Leicester City, Tottenham Hotspur vs Watford.

As usual, there are some huge DFS contests being offered for the mid-week action. DraftKings are hosting a massive $20,000 contest, Draftstars have a $2,000 contest, while SportChamps have a season long $5,000 tournament.

Below, we’ve provided our best team for the featured matches in the 20K DraftKings contest.

Alisson (LIV $5,900) – Alisson is the only keeper we really trust from this slate. Liverpool should win this game comfortably and maintain a clean sheet in the process. Lock him in.

Robertson (LIV $5,700) – The Liverpool defence has a whole host of injury problems at the moment, but we expect Robertson to put in another strong performance here. He’s had a terrific season and has been recognised as one of the best left back’s in world football.

Trippier (TOT $5,900) – Another terrific full back is Trippier from the Spurs. We’ve seen that he has goals in him, especially from the dead ball, and can also pick up quite a few assists.

Vertonghen (TOT $3,300) – We do expect the Spurs to keep a clean sheet against the Hornets, so this selection is more so to free up cash to splash elsewhere.

Hazard (CHE $9,500) – Hazard comes in our team for obvious reasons. He’s a goal threat on any given night and is the highest fantasy scorer this season at DraftKings.

Milner (LIV $6,800) – We expect Liverpool’s injury problems to provide Milner with a role to play on Thursday morning. He also often takes penalties, which is another incentive to select him in one of your midfield slots.

Redmond (SOU $6,200) – The first of two Southampton players in our team, Redmond offers a cheap alternative to some of the other big names. He’s been playing really well lately and will have opportunities aplenty against Palace.

Hojbjerg (SOU $6,000) – Rounding out our team is Danish midfielder Hojbjerg. He’s a staple in their team at the moment and is punching out really nice fantasy scores, especially for his cheaper price tag. Could be a nice POD here. 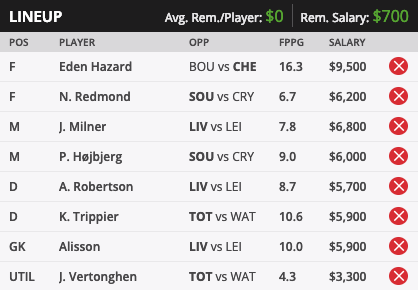