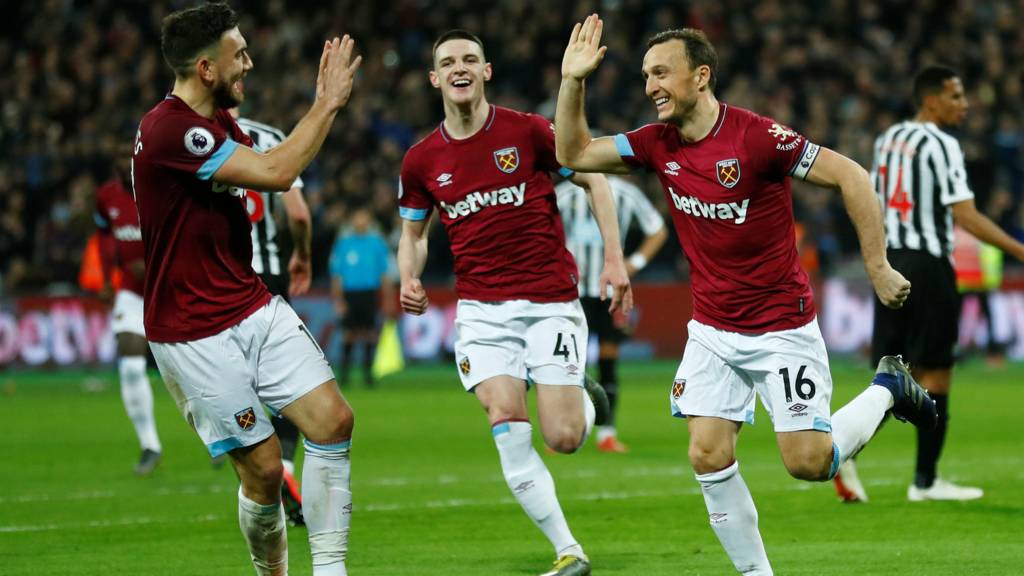 We're into the business end of the 2018-19 English Premier League season, which means every game is vital! A few games have had to be postponed due to other cup games going on this weekend, however, we’ve still previewed our best team for the slate below to help you win some great prizes on offer!

As usual, there are some huge DFS contests being offered for the weekend action. DraftKings are hosting a massive $30,000 contest, Draftstars have a $1,000 contest, while SportChamps have a season long $5,000 tournament.

Our best pick between the sticks on Saturday night is:

Fabianski (WHU $5,600) – The Hammers shot-stopper gets the nod this week over the five other candidates. We just feel that he has the best chance of a clean sheet against a poor Huddersfield attack.

We’ve gone with three West Ham United defenders to fill the two defender + one utility slot for us. We’ve opted to go with fullbacks Cresswell (WHU $5,200) and Fredericks (WHU $3,800) first, as we feel they’ll be able to venture up the pitch a bit further this week with Huddersfield playing their defensive style. While Diop (WHU $3,500) gets in ahead of his fellow centre back, purely because he’s cheaper and has a higher average this season.

Arnautovic (WHU $8,700) – Manager Manuel Pellegrini says we can expect to see Arnautovic back in the starting line-up for their home game against the Terriers. If he’s in, then lock him in your team.

Maddison (LEI $8,600) – James Maddison has been a prolific fantasy scorer all season and is coming off another solid performance in their win over Fulham last weekend. We see him as one of the better top end picks of this slate.

Wilson (BOU $8,100) – Callum Wilson made his return in style last weekend with a goal and an assist in his sides win over Huddersfield. He’s underpriced at DraftKings and has the potential to post a 20+ score in this fixture.

Barnes (LEI $6,400) – Barnes is the cheaper and POD pick for us this weekend. He’s been playing well lately, so we’re chucking him in our team before he gets bumped up in price in the coming weeks. 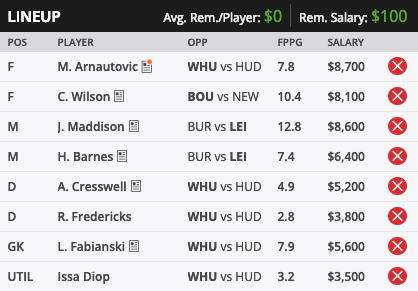