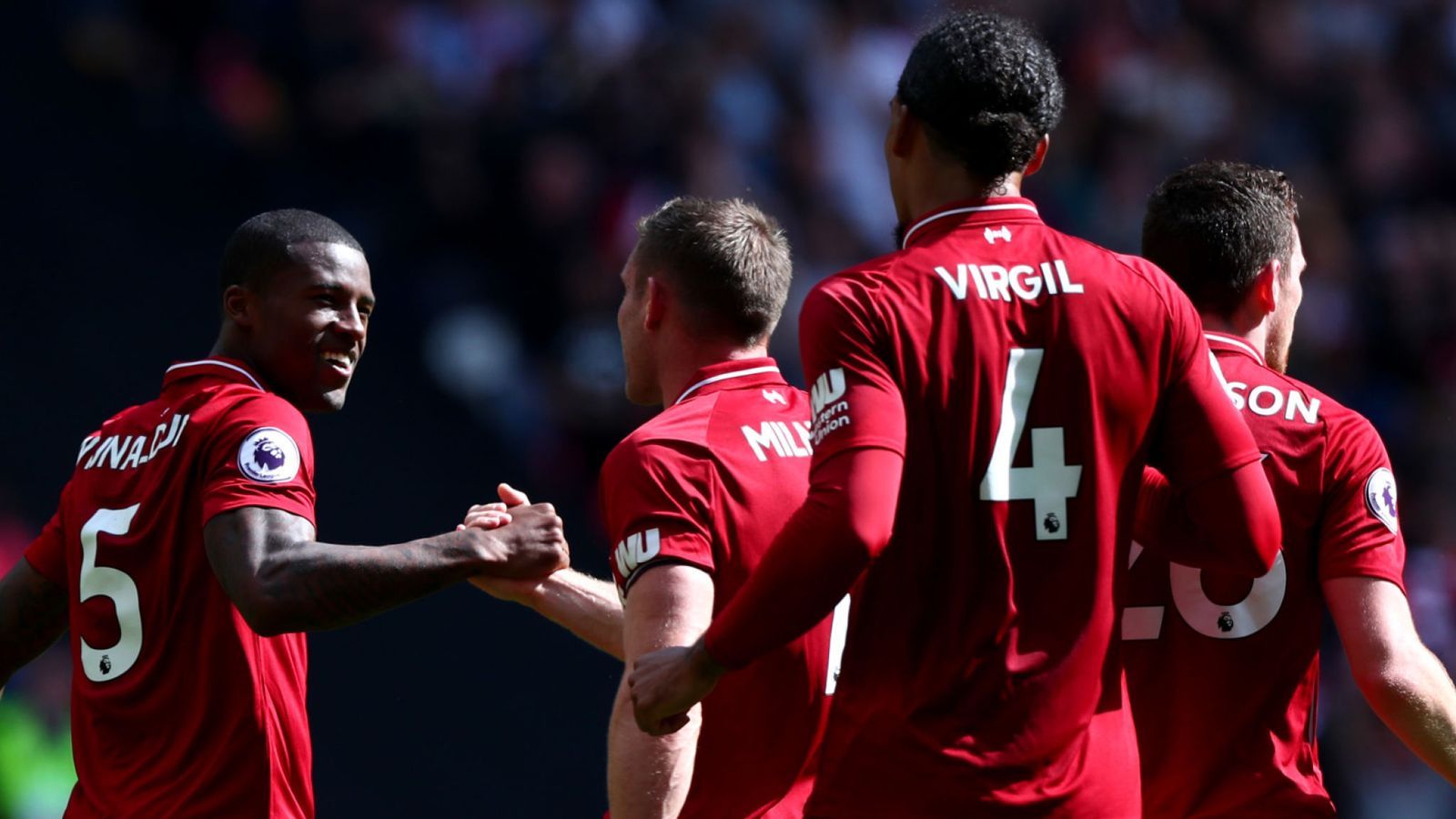 We’ve now reach Match Day 32 of the exciting 2018-19 English Premier League season! There were plenty of exciting matches overnight that threw up some surprising results, but we must now shift our focus to the two games on Monday morning, where three of the ‘big six’ are set to take the field.

As usual, there are some huge DFS contests being offered for the weekend action. DraftKings are hosting a massive $6,000 contest, Draftstars have a $1,000 contest, while SportChamps have a season long $5,000 tournament.

Below, we’ve provided our best team for the featured matches in the 6K DraftKings contest.

Our best pick between the sticks on Sunday night is:

Alisson (LIV $5.6k) – The two obvious options here are Alisson from Liverpool and Arrizabalaga from Chelsea. Of the two, we just have to side with the former due to consistency throughout the season. The Reds have had the stingiest defence this season and he’s a big reason why.

When selecting defenders, you’re pretty much going in with same mindset as when selecting goalkeepers. Meaning you primarily just want players that are going to keep a clean sheet, with secondary thought given to those who can pick up assists or the odd goal.

Van Dijk (LIV $3.7k) – This weekend’s cheap pick in defence comes in the form of Van Dijk from Liverpool. He’s an absolute colossus and rarely loses a duel in defence. Further, he’s also shown a remarkable ability to score with his head from set pieces, making him a great value selection in our team.

Robertson (LIV $5.6k) – Next to Van Dijk in defence we’ve got Andy Robertson. The full back from Scotland has enjoyed a career year with the Reds and is arguably the best in Europe in his position. He’s also a great fantasy scorer and is more than capable of picking up assists with his dangerous left-footed crosses.

Alonso (CHE $5.5k) – We didn’t want to go all out Liverpool in defence just in case there’s a major upset. For this reason, we’ve selected Alonso from Chelsea. He generally plays a more advanced role than the other defenders available in this slate, which eventuates in more fantasy points. He should have a big impact against Cardiff here.

Our midfield/forward picks for Sunday night are:

Lallana (LIV $4.1k) – We’ve gone with Lallana at a really nice price, but we’ll have both eyes on the team news heading into lockout. If he gets in the starting XI then we’re more than happy to select him in our team.

Pedro (CHE $8.3k) – The first of two Chelsea attackers in our team is the Spanish maestro, Pedro. He’s well priced and has a goal in him against lowly sides like Cardiff. We’re more than happy to have him in and save a few thousand on some of the other Chelsea options.

Mane (LIV $9.2k) – Arguably the most in form striker in the Premier League, Mane gets the nod over his fellow Liverpool strikers here. He’s been banging in goals for fun and we’ll continue to back him in until he gives us a reason not to.

Higuain (CHE $8k) – Rounding out our team is Argentinian sharpshooter, Higuain. He’s had a couple of big fantasy scores already in his short time at Chelsea, and we believe he could have another one in him here. 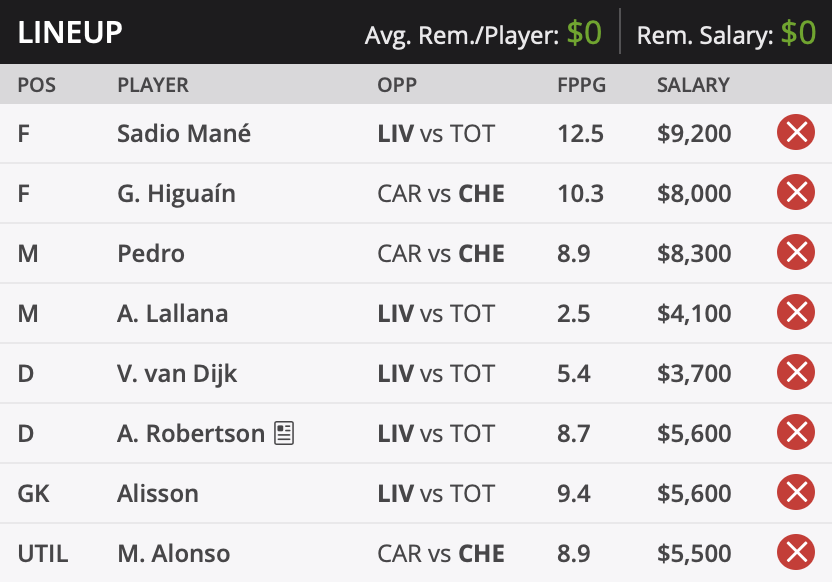