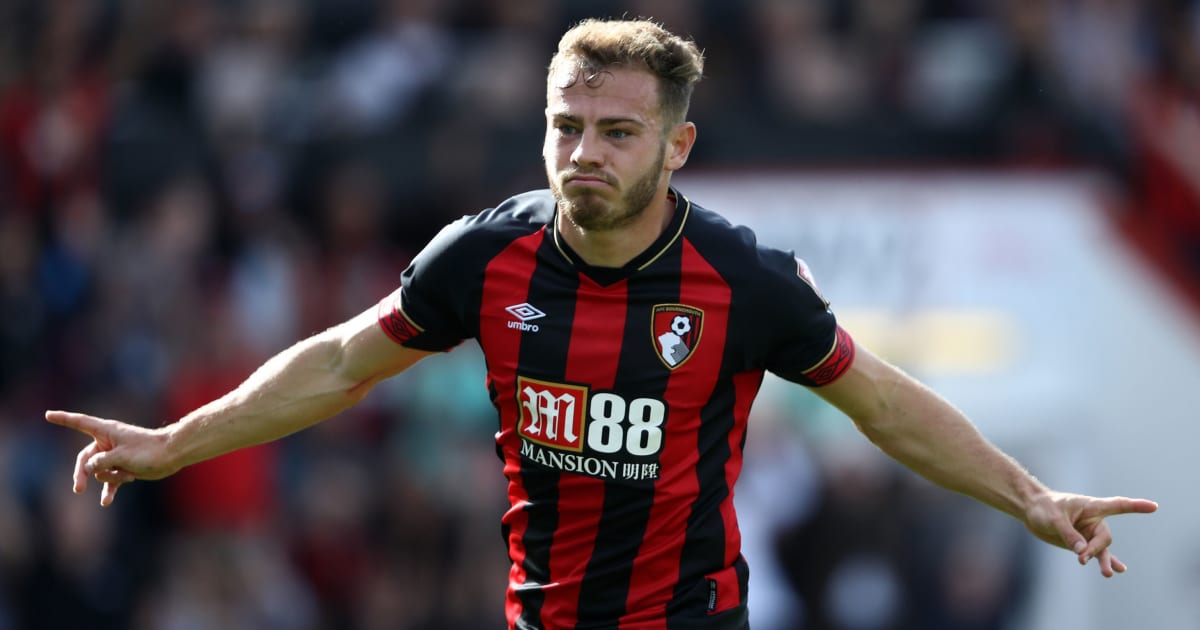 After a few spread out rounds we’re now back to the normal big slate on Saturday night/Sunday morning for Match Day 35of the 2018-19 English Premier League season.The stakes couldn’t be much higher as they are at this point in the season with just about every game having huge implications on the league table. Here, we take a look at the upcoming slate and try and find some value picks for your fantasy teams.

Fulham vs Bournemouth (Sunday 12am)

Watford vs Huddersfield Town (Sunday 12am)

Brighton and Hove Albion vs Wolverhampton Wanderers (Sunday 12am)

Southampton vs Newcastle United (Sunday 2:30am)

As usual, there are some huge DFS contests being offered for the weekend action. DraftKings are hosting a massive $25,000 contest, Draftstars have a $1,000 contest, while SportChamps have a season long $5,000 tournament.

Below, we’ve provided our best team for the featured matches in the 25K DraftKings contest.

Our best pick between the sticks on Saturday night is:

Artur Boruc (BOU $5.6k) – Cherries newly appointed first choice Keeper Artur Boruc gets the nod for us this week. He kept a clean sheet in their huge 5-0 win last weekend which should be enough to keep his place in the first 11.

When selecting defenders, you’re pretty much going in with same mindset as when selecting goalkeepers. Meaning you primarily just want players that are going to keep a clean sheet, with secondary thought given to those who can pick up assists or the odd goal.

Nathan Ake (BOU $3.7k) – Our second Cherry in the back half comes in the form of Nathan Ake. He’s arguably their best defender and comes in with a really enticing price tag. Snap him us at unders to free up cash to spend elsewhere.

Willy Boly (WOL $3.9k) – The Wolves are another team with a favourable match-up in this slate. Boly has been a mainstay in the Wolves back four and should be a recipient of clean sheet points here. He’s another one that’s really nicely priced.

J. Manquillo (NEW $4.4k) – Our third and final defender is Manquillo from Newcastle. He’s made the right back position his own and will feature prominently going forward in a favourable home fixture. He rounds out our cheap defence really nicely.

Our midfield/forward picks for Saturday night are:

Ryan Fraser (BOU $7.9k) – Probably the biggest must have this slate is Ryan Fraser from Bournemouth. He can create goals for others as well as scoring them himself. He’s definitely under-priced for his potential scoring outfit, particularly in this soft match-up.

David Brooks (BOU $7.6k) – Another Cherry midfielder we’ve brought in this week is David Brooks. The young maestro is a line-breaker and will be licking his lips as the prospect of coming up against Fulham. If you’re looking for a cheaper alternative in the midfield, he’s your man.

Ayoze Perez (NEW $7.1k) – To add a bit of diversity to our line-up we’ve gone with Magpies attacker Ayoze Perez. He was on the scoresheet last weekend in their win over the Foxes and has a great chance to build on that performance at home to the Saints here.

Callum Wilson (BOU $9.1k) – Our most expensive player this slate comes in the form of Cherries striker Callum Wilson. He’s in goal-scoring touch and comes up against the leagues leakiest defence this weekend. Would be very surprised if he doesn’t notch a big score here. 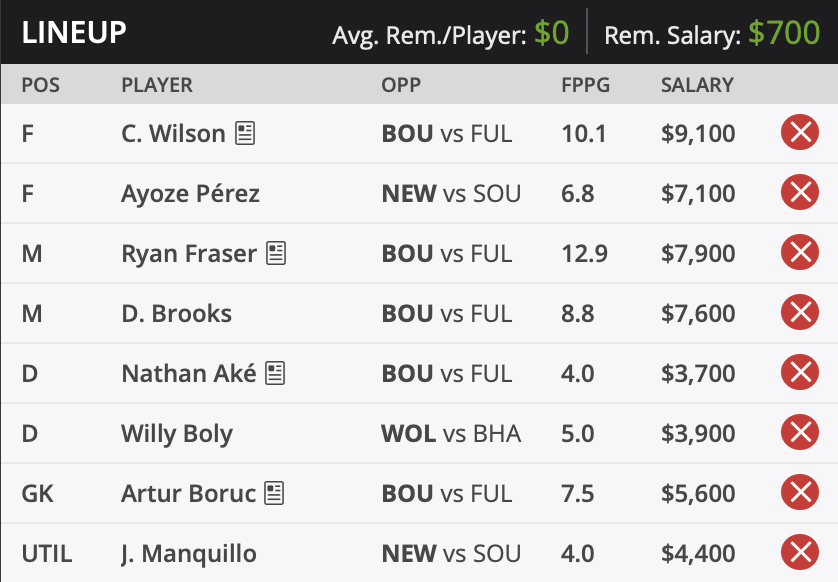