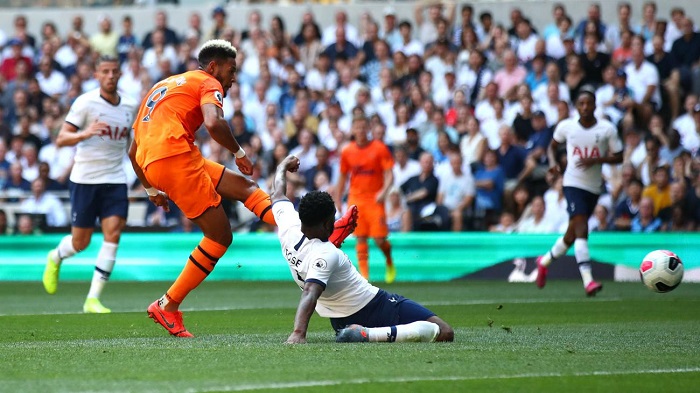 Another week in the English Premier League, another fantastic slate of games to look forward to, particularly on Saturday night/Sunday morning! The seven game overnight slate features some great matchups and to celebrate, the Australian daily fantasy sites have some great tournaments on offer!

Draftstars have a fantastic $6,000 tournament on offer for the Saturday/Sunday slate for just $15 entry and a bunch of other great tournaments throughout the weekend in Week 4 of the EPL.

Check out some of our best picks for the seven game slate below!

The Ukrainian midfield/forward has made appearances in two of the three West Ham games so far this season and managed to rack up 5.95 points in 55 minutes of play against Watford on the weekend. Should continue to see valuable time in the midfield and has a great matchup this week against Norwich, who have allowed the most goals in the league.

While they have just a 1-1-1 record so far this season, Crystal Palace have been incredibly strong in defence, allowing just two goals through the opening three games, the fewest of any team in the competition. They kept a clean sheet in Week 1 against Everton and have allowed just one goal to Sheffield and Manchester United since then. They were also strong in the English League Cup game against Colchester United on Wednesday with another clean sheet. They have a good matchup against Bournemouth who have scored just four goals this season, back the Palace GK to have a good day.

The Newcastle striker is our first mid-priced play this week after finding the back of the net for the first time this season in the Magpies 1-0 win over Tottenham on the weekend. Newcastle have the enviable matchup at home against Watford this weekend, who have lost all three of their games and have already allowed 7 goals this season, the second most of any team in the competition. Joelinton has started all three games for Newcaslte this season and averages 2.3 shots on goal per game, which is the highest of any Magpie and ranks inside the top 25 in the league. (UPDATE - Joelinton does have a Groin Injury and is Questionable for this contest. Monitor team sheets before Lock)

The Chelsea midfielder has started all three games for the Blues so far this season and had by far his best outing of the year with a 9.2 point performance in the 3-2 win against Norwich on the weekend. He played all 90 minutes for the first time and is a lock to get another start against Sheffield United this at Stamford Bridge this weekend, a game that the Blues should dominate possession in allowing Jorginho to rack up plenty of touches.

The second highest scoring player in the EPL this year is Raheem Sterling. The Manchester City forward kicked off the year with a Week 1 hat trick in the 5-0 over West Ham and followed it up with another goal in each of the Citizens next two games against Tottenham and Bournemouth. Sterling is on fire at the moment and has a great matchup against Brighton & Hove Albion this weekend, which Manchester City should score at least four or five goals in.

Haller has started in just two games for the Hammers so far this season but has played all 90 minutes in both. He was fantastic against Watford on the weekend, scoring two goals in West Ham’s 3-1. The Hammers have a great matchup against Norwich this weekend, who have allowed eight goals through their three games, the most of any team in the league. Look for Haller to get on the scoresheet again this week.