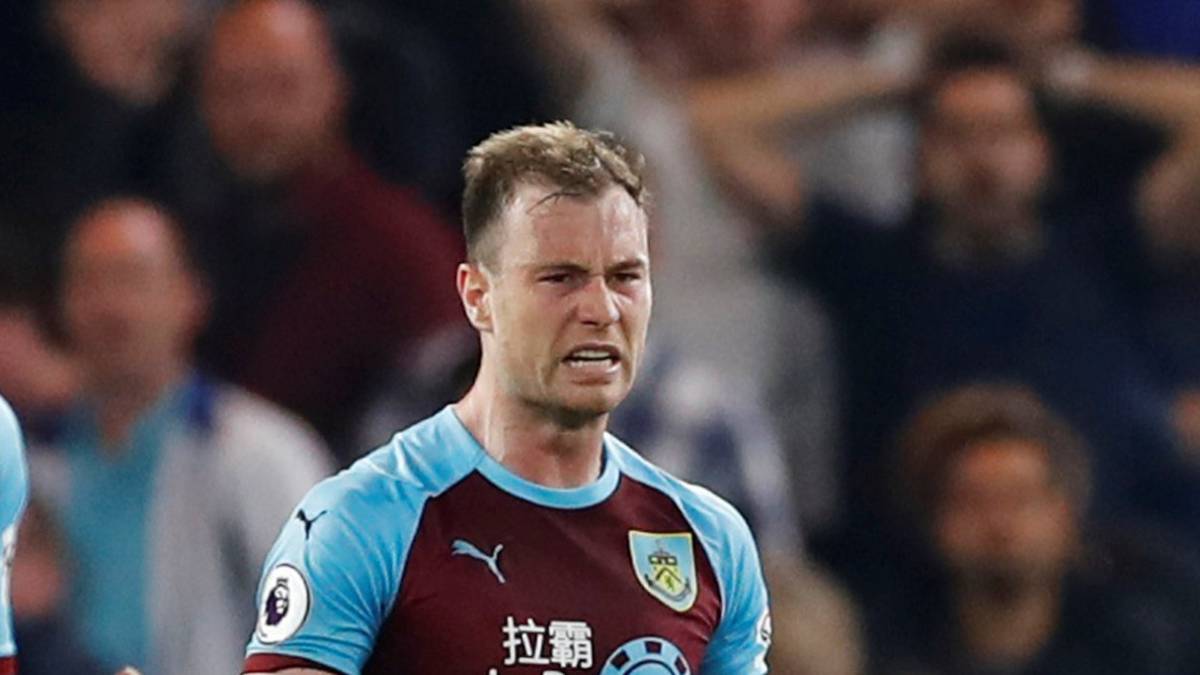 The 2019-20 EPL season continues this weekend with Matchday 8. Saturday night’s early game sees Brighton host Tottenham in a juicy contest. After that we’ve got a five-game slate that has plenty of classy matchups for us to take a look at, all of which are featured in both Draftstars and DraftKings contests... So let’s get stuck into it.

12am Norwich City vs Aston Villa

12am Watford vs Sheffield United

12am Burnley vs Everton

12am Liverpool vs Leicester City

This is probably the toughest slate we’ve encountered thus far. There’s no real standout team to field bulk players from, although Liverpool do have form and the odds on their side. An interesting and bold strategy here could be to fade them however, as Leicester have shown great quality through the first seven weeks of the season and are a real chance to upset Liverpool’s perfect start to the season. For mine, Burnley and West Ham players are the way to attack the slate. They’ve both been in great form and come up against teams they can certainly defeat on their home deck.

Here’s some great picks for the Saturday night slate!

The main things we’re looking for from our main between the sticks is a clean sheet and a win. Firstly, there’s no real standout goalkeepers or defenders in this slate, which is certainly a rarity. Adrian ($12,660 DS / $5,800 DK) will probably be the highest-owned. He is certainly tempting, but I see him as an important fade here to get an edge as Leicester are more than capable of scoring a goal or two. That said, there aren’t too many sexy picks here, so we have to be creative. I’m leaning towards the cheaper option in Nick Pope ($10,330 / $4,500 DK) from Burnley, who I see causing an upset over Everton. The Hammers have also been impressive, particularly at home, so I’ll have a look at including some Roberto Jimenez ($12,100 DS / $5,100) as well.

Selecting defenders usually requires a similar thought process to the one you use for goalkeepers. However, there’s a bit more leniency towards conceding goals and the outcome of the match. Sticking with our West Ham and Burnley theme, players that appeal and that I see as the best options here are Burnley’s Matthew Lowton ($8,360 DS / $4,600 DK) and Erik Pieters ($11,930 DS / $5,400 DK), and West Ham’s Ryan Fredericks ($7,630 DS / $4,400 DK) and Issa Diop ($7,150 DS / $3,300 DK). Hammers defender Aaron Cresswell will be a popular selection, but his two goals in two games is totally misleading. Liverpool defenders are certainly in play here, and their best two options are Andrew Robertson ($13,880 DS / $5,700 DK) and Trent Alexander-Arnold ($13,450 DS / $6,800 DK) who both venture up the pitch and have assists in their arsenal.

Midfielders and strikers are grouped into one at Draftstars, so there’s no need to separate them here. I’ll look to be a bit more adventurous in this position to get as many potential goal scorers in as possible. First up, let’s start with the guns. Sadio Mane ($15,230 DS / $10,200 DK) is well priced and is always a threat to go huge for Liverpool. For Burnley, I’m keen to jump onboard Ashley Barnes ($12,580 DS / $6,300 DK) at a discount price due to a few quieter performances. Hammers players are my go-to here however, with Andriy Yarmolenko ($12,900 DS / $7,100 DK) and Sebastian Haller ($13,760 DS / $7,800 DK) the standouts. I wouldn’t be too scared with playing Leicester’s Wilfred Ndidi ($11,560 DS / $3,700 DK) against Liverpool either; he’s shown that he can score well without picking up goals and assists and could prove to be a sneaky play on a tough slate. 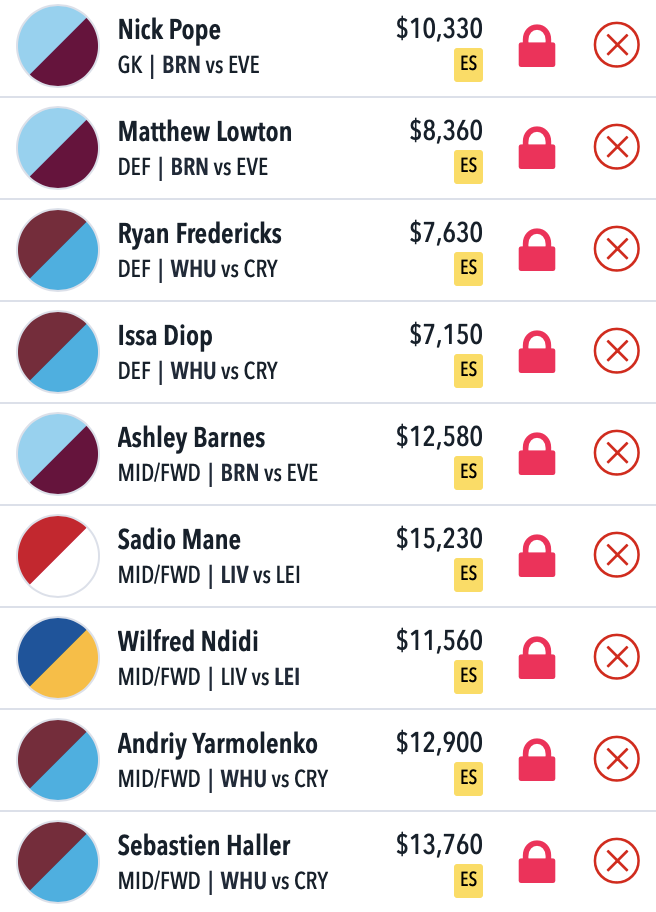