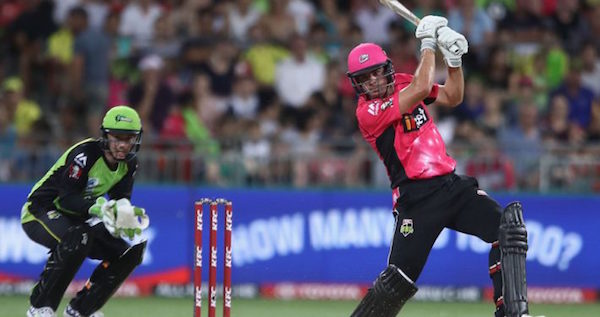 This Tuesday, the 19th of December marks the start of the 2017-18 Big Bash Season! The highly anticipated BBL07 will be longer and feature more games than the previous versions which is great news for cricket fans in general. For fantasy fans, more games mean more chances to win big prize money, kicking off with some monster prize pools for Round 1. We run you through all the best daily fantasy and betting tournaments for BBL07 below.

Draftstars get proceedings underway Tuesday night with a monster $30,000 prize-pool for the Thunder vs Sixers game. The pool is the  equal biggest of any fantasy site in Australia and for just $15 entry, punters can get the chance to win a massive $3,900 first prize.

Keep an eye out for more marquee games where Draftstars will likely offer increased prize-pools, but we are estimating that the nightly prize-pool for the $15 tournament after the opening night will settle somewhere between $10-20k.

Moneyball will also be running a huge $30,000 tournament for the season’s opening match between the two Sydney teams. Top prize once again is $3,900 for the tournament with a $15 entry fee. Prices differ at Moneyball getting just $60,000 to create their line-up instead of the $100,000 at Draftstars.

For you betting tournament fans, there’s also plenty of action at TopBetta and SportChamps every night. If you want a cheap to play tournament that will last the length of the BBL07 season, then look no further than the $55 tournament at TopBetta. It offers a guaranteed $2,000 prize pool and affords you the opportunity to pick and choose the games you want to bet on!

If the season long is too much of a grind for you, then SportChamps offer great nightly contests for as little as $1 kicking off with a great $1k guaranteed competition for the opening night Sydney Derby!

PlayOn Fantasy Sports will also be getting heavily into the BBL07, with the most attractive looking tournament there set to be the range of small entry competitions on offer. Punters can enter anywhere from 2-6 man competitions that allow you to double or triple up with a top% finish. It's a great way to slowly accumulate some money against the range of Poms who might not know the Big Bash as well as we do!

These are just some of the great tournaments on offer at the major DFS and betting tournament sites in Australia! Like we said, make sure to keep an eye out for marquee games like the Melbourne Derby for when prize-pools could be inflated!