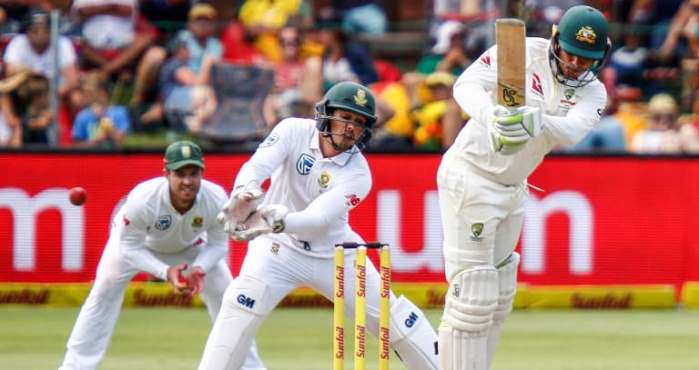 The footy season is over and we immediately launch into cricket season. This Sunday will see Australia play its first test of the 2018/19 season when they travel to the UAE to take on Pakistan. Australia will be without suspended trio Cameron Bancroft, David Warner and Steve Smith, while also under the guidance of new coach Justin Langer for the first time.

For those who wish to play DFS cricket, for this game your only option is MoneyBall who have some modest contests running.

Pitches in the sub-continent and nearby regions tend to be good for batting on, but even better for bowling spin on. They don’t tend to have a great deal of bounce. With that in mind, there’s two types of batsmen worth looking at here, top order and all-rounders. The top order batsmen will get pace bowlers who won’t be hugely potent.

Usman Khawaja costs $7,000 and is arguably Australia’s best batsmen against spin. He has an average of 40.6 in his 5 Tests of 2018 and scored 40 in his last game, but he will be leant upon to take over the run scoring duties in the absence of Steve Smith.

Haris Sohail is only new on the scene and already has an average of 54.4, which is very tempting given his low price of $5,500. He’s also capable of rolling the arm over and snaring a few wickets.

Mitchell Marsh is a solid All-Rounder who bats relatively high, in the lower end of the middle order and tends to be a second change pace bowler.

Aaron Finch looks to be on the verge of making his Test debut and if so, he has the nerve and temperament to become a mainstay in the Australian side. His price of $6,400 shows just how highly he’s rated.

Sarfraz Ahmed is consider the better batsmen between he and Tim Paine and at $6,400, he’s a solid pick. However there’s so little difference between his and Paine’s average and recent form that it seems crazy not to go with Paine, who costs considerably less at $5,100.

Yasir Shah has the best average of all available players at 84.9 and an even better recent form average of 110.8. At $7,400 he’s just begging to be picked.

Mitchell Starc is the most expensive at $7,900 and has the second best average at 60.5. Given he can handle the bat reasonably well too for a tail ender, he’s a good chance to score well.

All Rounders and slow bowlers Ashton Agar and Jon Holland are also likely to take wickets and grab some runs too. Holland has had a good run of form in the warm up match and is firming to also make his Test debut.