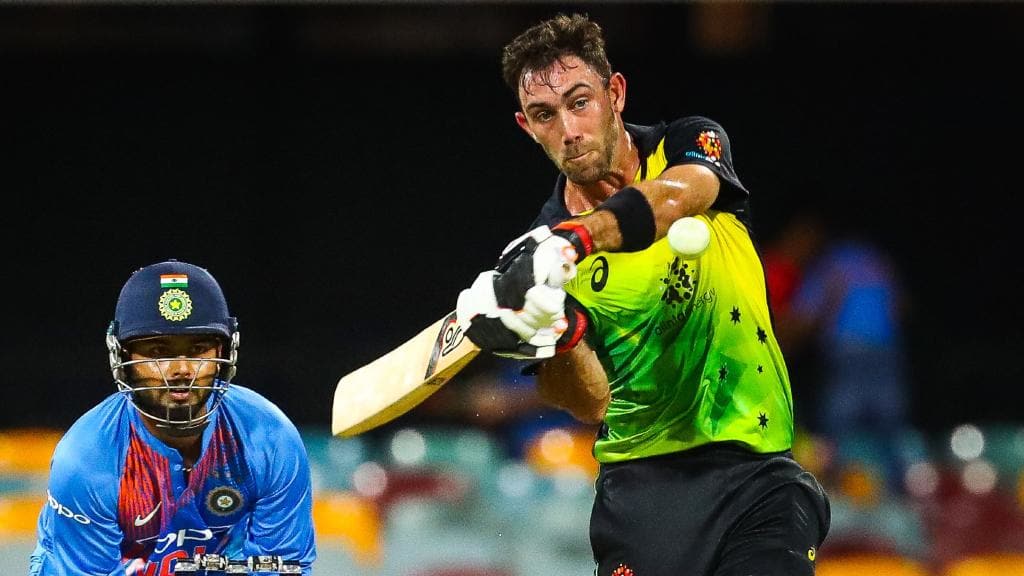 The T20 series between Australia and India got off to a great start on Wednesday night with the Aussies holding on for a thrilling five run win at the ‘Gabba. The teams now head to the Melbourne Cricket Ground for Game 2 on Friday night as India look to bounce back to keep the series alive.

Encouragingly, Draftstars has raised their guaranteed prize pool back to $7,500 for this match for their $15 buy-in contest after opening up the series with a $5,000 pool on Wednesday. With a huge Big Bash season on the horizon it will be nice to see these contests heading in the right direction money wise and the only way to ensure they go that way is by supporting the games. Moneyball are also running a $15 entry contest with $1,500 guaranteed and both sites also offer their smaller $2 entry contests which are a great starting point for newcomers to fantasy cricket.

Shikhar Dhawan (DS $16,000) was the leading scorer on Wednesday night after scoring a scintillating 76 off just 42 balls. Usually you would expect him to be extremely popular for Game 2 given that knock but he is in a similar price brackets to the big names from India, Virat Kohli ($16,800) and Rohit Sharma ($16,200). They both came unstuck in Game 1 but have exceptional T20 records, especially Kohli with his 47 average in 63 T20 Internationals. The main disadvantage Kohli faces is his batting position of 4 - if the Aussies don’t get an early break through then Dhawan and Sharma may get their fill before Kohli gets a chance at the crease.

Aussie skipper Aaron Finch ($19,100) gets back to his home state here and has an amazing average at the MCG - slightly above 50 from 19 T20 innings. He is expensive among a raft of in-form batsman which may reduce his ownership but is capable of the match-winning innings from his opening position.

Chris Lynn ($14,900) was back to his big-hitting best, hitting 4 sixes (which bring Draftstars bonus points) on his way to 37 off 20 balls. While his ‘Gabba record is exceptional, his T20 form at the MCG has been similarly good in 5 innings, with his average (45) and strike rate (157) both clearly above his overall averages.

Marcus Stoinis ($19,600) is the most expensive player on the slate but for good reason as he is in excellent recent form and can go big with both bat and ball. His 33 off 19 balls and 2/27 was good for 88 fantasy points on Wednesday and was used at the end of the innings which can result in cheap wickets.

Glenn Maxwell ($18,800) is eligible as a bowler but wasn’t required to roll the arm over on Wednesday night which limits his scoring potential. However, he was given more opportunity with the bat than in recent times and blasted his way to 46 off 24 balls with 4 sixes. His role is a constant headache for those looking to roster him in DFS contests so be aware he brings plenty of risk at the high price point.

Kuldeep Yadav ($17,200) was impressive with the ball on Wednesday night, taking 2/24 from his 4 overs, and may be even better suited on the expanses of the MCG. He is the highest priced Indian bowler but with the Aussie’s known brittleness against the slower bowlers he is the guy who can exploit them again.

Adam Zampa ($12,800) starred on Wednesday night, taking 2/22 off his 4 overs and taking home Man of the Match honours. Clearly he will be well fancied at this price point, especially returning to his home state, and his confidence will be sky high which is always vital for leg spin bowlers. His form prior to his last match had been patchy, however, so he is far from a sure thing and coaches may be inclined to risk him off one good innings to get an edge over the field.

Bhuvneshwar Kumar ($12,900) had an excellent economy rate of 5 per over on Wednesday night and comes in at $700 cheaper here. His tight bowling was still good for 47 fantasy points without taking a wicket so he brings some upside at a below average price.

Wicket keepers Rishabh Pant ($12,500) and Alex Carey ($11,000) scored only 27 and 10 respectively on Wednesday night but the fact that Pant came in at no. 5 is encouraging at this price point. The use of Carey at no. 7 is problematic for his scoring potential with the bat but both obviously get the fielding upside with the gloves which may be enough if the other cheaper options don’t get a look in with the bat.