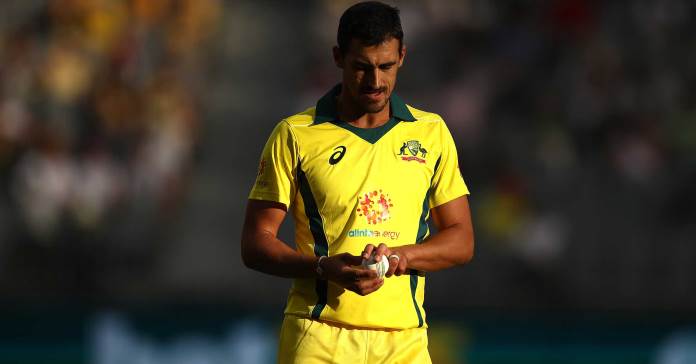 The One Day International cricket series between Australia and South Africa got underway last Sunday at the new Optus Stadium in Perth. Game 2 takes place this Friday at Adelaide Oval in a Day/Night match.

The Proteas were immediately rewarded, snaring the wickets of openers Travis Head (1 run), Aaron Finch (5 runs) and late call up Darcy Short (0 runs) to have Australia reeling at 3 for 8 after just a handful of overs. While the Australian tail wagged a little, overall, the Aussie batsmen failed, being bundled out for 152 with 11 overs still to be bowled.

Quentin de Kock and Reeza Hendricks put on a steady 94 run opening partnership, before the Aussies grabbed 4 wickets, but it wasn’t enough to deny the South Africans of a comprehensive 6 wicket win with 20 overs up their sleeve.

There is expected to be some changes in the Australian line-up for this second clash, while South Africa will likely run out the same side again after such a dominant performance.

The team at DraftStars are the place to be for fantasy cricket players. For $15 you can enter into their feature contest, which has $7,500 in prize money up for grabs. Daily Fantasy Sports sites such as PlayON and MoneyBall also have contests running for this game.

Two players stand out at DraftStars largely for their all-rounder capabilities. Quentin de Kock is the wicketkeeper and opening batsmen for South Africa and is worth $21,000. He scored 88.8 points in the opening game and has the potential to replicate that again here.

Marcus Stoinis is the Australian all-rounder who has the ability to knock up some good scores, hit plenty of boundaries and score quick runs, while also being a good second or third change bowler capable of getting wickets. He scored 104.5 in the opening match, the highest of all players from both sides. With a price of $17,200 he is good value.

Alex Carey is the Australian keeper and middle order batsmen who is worth picking as well, especially given he costs just $12,000.

One player to look at is Glenn Maxwell who costs $11,600. He is a very capable batsmen and slow bowler. While he didn’t perform in the first game, he’s always a chance to score big.

Dale Steyn was magnificent in the first game, snaring two early wickets and proving to be very hard to score runs off. He is on the pricey side, at $17,800, but given his performance in the first game, he’s expected to be just as good here.

Nathan Coulter-Nile is worth $11,300 and scored 65 in Game 1, largely thanks to his batting. His ability with the bat does make him a nifty selection. Same too goes for Opening batsmen Travis Head who is a part-time bowler. He’s worth $15,300.