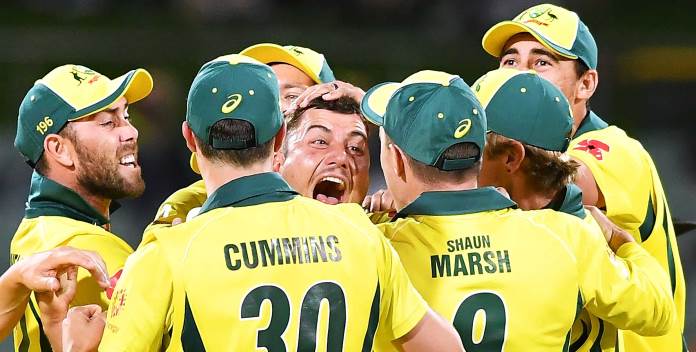 The third and final one dayer between Australia and South Africa will take place this Sunday at Hobart, and will also be the match to decide the series winner.

South Africa decimated Australia in the opening game, cruising to a comfortable 6 wicket victory. Australia hit back with a tight 7 run victory to level the series.

PlayON and MoneyBall both have contests running for this game, however it’s DraftStars who have the biggest prize money on the line, with their major contest paying out a total of $7,500 in prizes.

Marcus Stoinis has been the best performing player across both games so far, scoring 104.5 in game 1 and 111 in Game 2. Due to this he is the most expensive player at $21,000, but given he’s an all-rounder, he’s worth the investment.

Quentin de Kock is South Africa’s opening batsmen and wicketkeeper, who has averaged 68.9 across the two games, making him also worth the hefty price tag of $19,800. Australia’s keeper-batsmen Alex Carey is cheaper at $14,900 and is coming off a very good score of 57 in the last game.

Chris Lynn was a little disappointing in the opening game, but in the second match scored 83 points in a very strong display. With a very reasonable price tag of $11,100, he is hard to overlook.

Glenn Maxwell has yet to fire this series and this has seen his price drop to $9,300. But as an aggressive batting all-rounder, he could very quickly turn his form around. He’s a risky pick, but not an expensive one, making him, oddly, a safe risk.

Kagiso Rabada was very strong in the last ODI match, scoring 99 points. Given his price of $14,400, he is a very reliable selection.