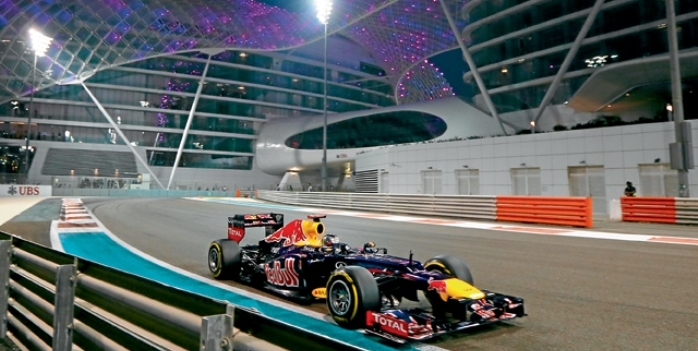 The final race of the Formula 1 calendar will take place this weekend at Abu Dhabi’s Yas Marina circuit, under lights. The Drivers Championship was wrapped up two races ago by Lewis Hamilton, while the following race saw Mercedes clinch the Constructors title.

However there is one big title left to claim on the F1 calendar – the winner of PlayON’s massive $20,000 Super Contest – their biggest Formula 1 contest for the year. PlayON is the official fantasy partner of the F1 and they are the only daily fantasy sports site in Australia offering contests in F1.

This major contest has an entry fee of $220 and as of Thursday evening, only 10 seats remain, so if you want a slice of the big prize pool on offer, you need to get in quick! 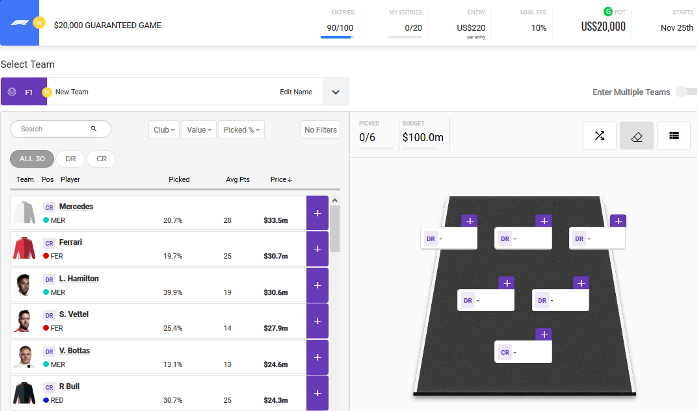 Due to the high temperatures during the day, this race is held at night, however the temperatures are usually still quite high, which does tend to have an impact on tyre degredation. The street circuit has just 7 turns in the first, very fast, half of the track and 14 in the much slower back half. There’s a very tight and slow hairpin prior to the main straight. The two fast sections are separated by a solitary chicane. This unique layout ensures that power engines like Mercedes and Ferrari are on a relatively level field with the cars powered by Renault and Honda which are better in the slower sections.

With the major titles decided, the main focus of this race will be on the drivers who aren’t driving for Mercedes, Red Bull or Ferrari.

Mercedes drivers Lewis Hamilton and Valtteri Bottas have won the last two races here, with the Silver Arrows winning all of the last 4 races here. While they cost a whopping $33.5 million, you can expect them to produce a very high score. Red Bull has averaged 25 points per race this year, the same as Ferrari, which is quite impressive when you consider the number of times they finished a race in 2018 with both cars still running (for the record it’s 10 times in 20 races – the worst of all constructors). This makes them a worthwhile choice as a slightly cheaper constructor, given their price of $24.3 million is $6.4 million less than Ferrari.

There are 6 drivers who have an average of 12 or more, the cheapest of which being the ultra-consistent Kimi Raikkonen at $19.1 million. Max Verstappen is racing well, despite a silly error at Brazil which cost him the race. At $21.8 million, he is well worth a look too.

Daniel Ricciardo finally finished a race weekend without any car issues in his last race, which has taken a lot of pressure off him. This will be his last race at Red Bull and at $19.3 million, he’s a good chance of finishing strongly here and leaving on a happy note.

Charles Leclerc is the best of the rest outside of the top 6 drivers, with an average of 8. His very low pricetag of $6.1 million makes him a near certainty to have in your team.

Pierre Gasly has been racing well ever since he was announced as Ricciardo’s replacement at Red Bull in 2019. At $6.5 million, he’s priced well too. Romain Grosjean at $5.5 million is always an attractive option, while Esteban Ocon at $9.6 million is a solid midfield performer. 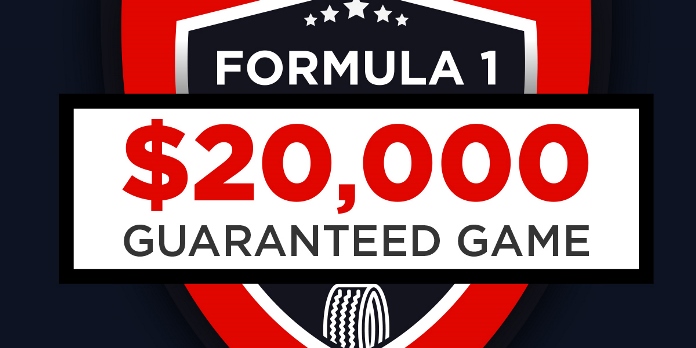