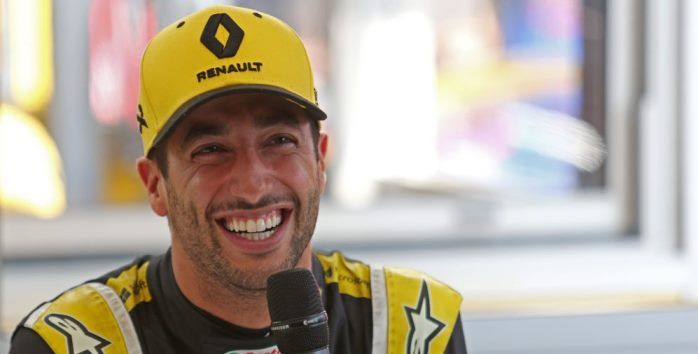 The 2019 Formula 1 season gets underway this weekend at Melbourne’s Albert Park for the Australian Grand Prix.  Practice sessions get underway on Friday, qualifying is on Saturday and the big race kicks off Sunday, March 17.

While the following new faces will be on the grid in 2019:

Again we’ll see PlayON being the official fantasy partner of Formula 1 and they will have two contests both with $1,000 guaranteed, with an entry fee starting from $11. You will also notice in the lobby they have qualifiers to their $25,000 Super Contest, with 1 Ticket Guaranteed in both their $5.50 and $11 contests. The Super Contests have been a feature on the PlayON site over the past year or two and proven very popular, with a big prize pool up for grabs for what is quite a limited field of only 125 entries. With the final to be run on the Abu Dhabi Grand Prix at the beginning of December you have time to accumulate entries all through the year, with a maximum of 20 entries allowed per player.

Mercedes are the highest priced option at $32M, however it’s been Ferrari who has won this race in both 2017 and 2018. They are mildly cheaper at $29M, but could be a bit risky given they’ve replaced the consistently top performing veteran Raikkonen with the talented youngster LeClerc.

Renault has two solid and experienced drivers in Hulkenberg and Ricciardo and at $12.5M look to be a good pick, as it will also allow a marquee driver to be picked.

Lewis Hamilton is the reigning champion and has won 4 of the last 5 drivers championships. Naturally this sees him come with a hefty price tag of $30.5M. Sebastian Vettel though has won this race for the last 2 years now and looks to be the number 1 driver at Ferrari now. He looks a good option at $27.5M.

Max Verstappen will essentially be the number 1 driver now at Red Bull and if testing and previous years are anything to go by, he’ll be one of the top 5 in Qualifying and on Race day all season long, if he can keep his emotions in check and the car is more reliable. He costs $24.5M.

Local favourite Daniel Ricciardo will make his debut for his new team and costs are very tempting $12.0M. Similarly, Kimi Raikkonen at $10.0M is a good price despite being in a slower car than his old Ferrari.

Carlos Sainz costs just $7.7M and could well find himself finish in the top 10 which would make him a good low cost pick-up.

If you want to be part of the fantasy Formula 1 action this season, then there's no better place than PlayON, the official partners of F1. Click here to create a PlayON account today!