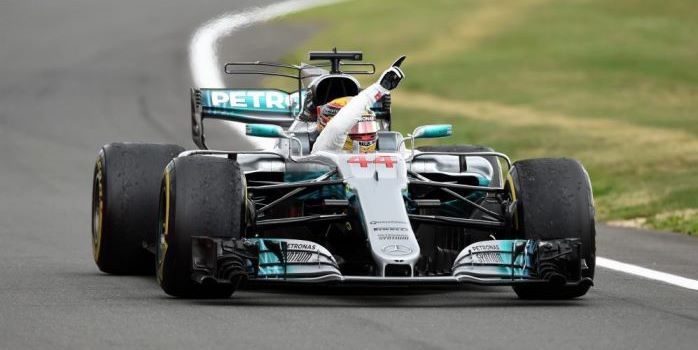 The fourth race of the 2019 Formula 1 season will take place this Sunday, April 28 at the very tricky street circuit in Baku.

After the opening two races, Mercedes looked to be the second quickest car behind the Ferrari, however good driving and reliability saw them both events, the first in Australia going to Valtteri Bottas and the second at Bahrain going to Lewis Hamilton. However at China, the Mercedes drivers dominated the field and proved their dominance still existed.

Mercedes now have scored maximum constructor points in all 3 races and Lewis Hamilton has 68 points, just ahead of team mate Bottas on 62. Red Bull’s Max Verstappen is in third on 39 points, with both Ferrari drivers behind him – Sebastian Vettel on 37 and Charles Leclerc on 36 points respectively.

Once again, the official fantasy partner of Formula 1, PlayON will be the only place you can go to if you wish to play Fantasy Formula 1. They’ll again have great prizes available in a number of contests. From two contests offering $1,000 each, both with a $22 entry fee, to 2 contests paying out $250 each and with a lower entry price of $5.50. They will also have tickets into their end of season Super Game, where $25,000 in cash will be up for grabs. Entry fee into this contest is $220 or free via a ticket won during the year. So get on over to PlayON and get yourself into a contest today. They have something for every budget. 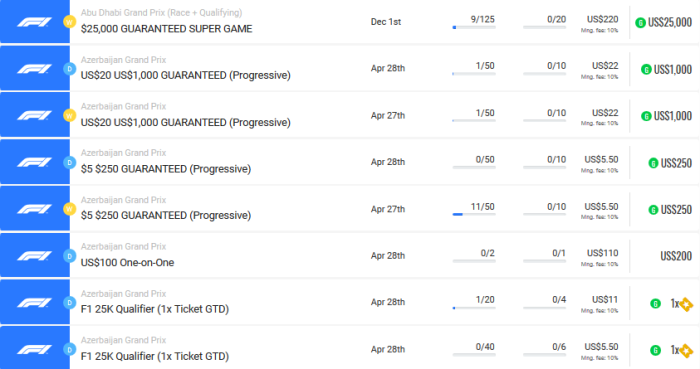 It’s very hard to look past Mercedes, given they’ve finished a 1-2 in all three races so far, but at a price of $32.0M, they are very expensive and would force you to pick a lot of midfield drivers. Given the tight street circuit layout, it will favour teams like Red Bull so they might be worth a look at $24.7M. In the midfield, Haas are the pick of the bunch at $9.7M. They average 12 points, making them the 4th highest. Renault at $12.7M and Toro Rosso at $6.4M could well be quite competitive here and wouldn’t be bad picks either, especially if you’ve got your heart set on picking a marquee driver or two.

Hamilton is the top driver here at $30.2M and is a proven performer at both qualifying and in races and is a safe option that regularly produces maximum return. Verstappen has been fairing better than expected and on this tighter circuit, his car should be right at home. His $24.5M tag can usually be seen as a too high a risk for not quite enough return, but there should be none of those concerns here.

In the midfield, Kevin Magnussen ($10.3M) and Kimi Raikkonen ($10.2M) have been driving brilliantly and scoring good points. Renault’s Daniel Ricciardo ($12.4M) and Nico Hulkenberg ($12.0M) have both been decimated by reliability issues so far, however this circuit does suit their car and they could well feature comfortably inside the top 10.