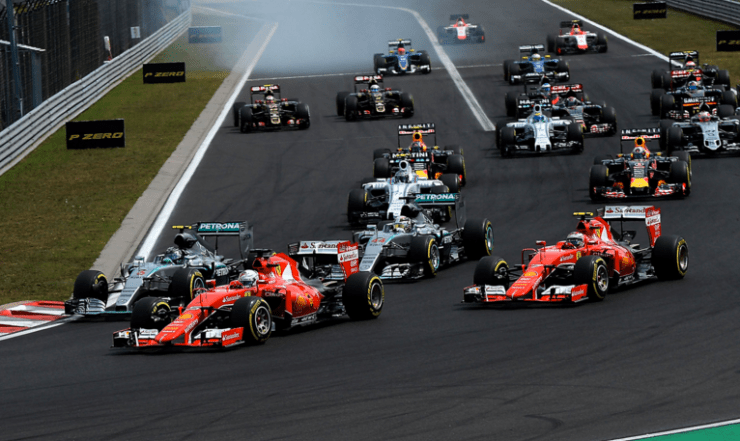 The German Grand Prix victory looked set to land in the lap of home town hero Sebastian Vettel, but a little bit of rain, followed by a wipeout from Vettel, saw Lewis Hamilton rise through the ranks from 14th on the grid to claim an unlikely win.  Mercedes would take 1st and 2nd with Hamilton reclaiming the lead in the 2018 Formula 1 Drivers Championship.

It’s been a seesawing battle this season between the two titans, but as the 2018 Formula 1 season moves to Hungary, the tight-twisting circuit of Hungaroring might bring a few other constructors into contention. Let’s take a look at who you might pick for your PlayON fantasy lineups for the Hungarian Grand Prix.

The raw power of Mercedes has provided them with more speed in the longer straights, but the high downforce required around Hungaroring might be better suited to Ferrari and Red Bull.

With rain anticipated for both qualifying and the race, the Red Bulls of Max Verstappen ($20.5m) and Daniel Ricciardo ($20.1m) become strong choices for your fantasy lineup on PlayON. Ricciardo has had a disappointing run recently, but his victory in Monaco earlier in the season illustrates his ability in tight circuits such as this.

Of course the Ferraris will also be right in contention once again. Sebastian Vettel ($28.4m) will be determined to make amends for Germany and Kimi Raikkonen is always a valuable pick at just $19.5m.

While you may like to stick strong with Lewis Hamilton ($30.6m), it’s hard to consider Valtteri Bottas at $24.5m given he’s likely to be behind those already mentioned, and team instructions will be to support Hamilton at all costs. The Red Bull drivers at a cheaper price will provide you with better value for your teams.

Once again the cheaper options of Romain Grosjean ($5.4m) and Charles Leclerc ($5.7m) will be popular picks with the Haas team continuing to impress this season. Grosjean finished 6th in Germany while teammate Nico Hulkenberg ($11.0m) took 5th place so they are great value to grab some points for your team.

PlayON will once again be running separate $1,000 Guaranteed DFS contests for the qualifying + race, as well as the race only, as well as qualifiers for their end-of-season $20,000 F1 Super Contest.