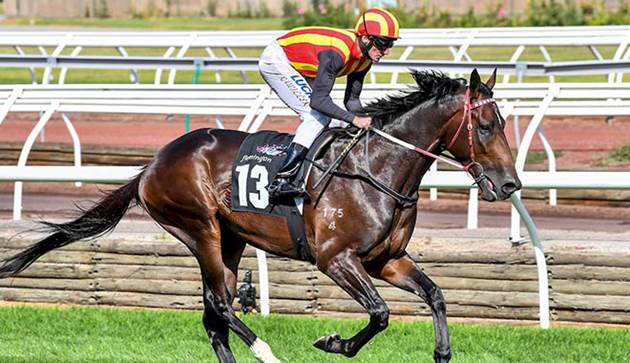 With the Spring Carnival over, racing in Victoria heads out of the city and to Ballarat for its Cup day which is its only Saturday meeting of the year. There are 10 races and big fields which should provide some open races. The Cup is set to be run as Race 8 on the program at 4:40pm AEDT. Elsewhere around the country, all eyes will also be on Ascot in WA with the running of one of their premier races, the Group 1 Railway Stakes over 1600m.

SportChamps again lead the way in horse racing tournaments this week with a couple of guaranteed $7,500 tournaments operating on the four major Eastern venues - Ballarat, Rosehill, Doomben and Morphettville - offering one with rebuys and one without. They also come to the party for the Railway Stakes program, offering a $4,000 guarantee on an Ascot-only tournament. Combine that with their regular tournaments and the usual offering from TopBetta and Moneyball and tournament players again have plenty of opportunities to land a major prize.

Race 2 sees what looks like a two horse battle between I Am Someone and Rox The Castle. Both these horses can be right up on speed in a race without a heap of pressure and its hard to see one of them not winning. I Am Someone comes off a luckless 1st up run at Moonee Valley where he was wide and held up for a run at an important stage. Last preparation he had form around Nature Strip and 2nd up in that same preparation he won his Maiden that turned out to be a very good race. He is currently $2.90 with Pointsbet. Rox The Castle is 2 from 2 since coming from New Zealand with both wins coming on rain affected tracks. He should find the front on Saturday with the small query being it is likely to be a drier surface than he has raced on. He is currently $3.80 with Sportsbet and playing both these horses looks an good early bank builder for tournament players.

As far as other plays on the card go, in Race 5 the Tony McEvoy trained Winning Partner looks a good option. He was 1st up off a gelding operation when an impressive winner of his Maiden at Bendigo. He ran impressive late sectionals that day and the rise to 1400 looks suitable. He is currently $4.40 with BetEasy. Race 6 sees a big field compete over the mile with the John Moloney trained Sunday Pray looking very hard to beat. He is going well this preparation without winning and has form around horses like Manuel, Fifty Stars, Tamasa and Savacool, all who would start a very short priced favourite here. Sunday Pray should be able to push forward here and find the front and be hard to run down. He is currently $8 with Sportsbet.

Local trainer Darren Weir dominates the Ballarat Cup field with 7 runners. He has the favourite Lucky For All who comes off an unlucky run at Flemington last start but does appear to be well found in the market at present. Top Prospect is another Weir runner who appears to be overlooked by the market at present. He finished strongly to win the race that Lucky For All came through and he looks to be on an upward trajectory. He is drawn wide but has the services of leading Adelaide jockey Jamie Kah and looks hard to hold out. He is currently $16 with Sportsbet. The Chris Waller trained Life Less Ordinary looks one of the main dangers and comes through tougher races than this in recent times. He should be able to settle midfield and has a big finish on him off the right run. He is currently $7.50 with Neds.

Race 8 at Ascot on Saturday is the Group 1 Railway Stakes. As always there are a handful of eastern states horses making the trip West to take on a strong local contingent. Punters pal Willie Pike takes the ride on race favourite Galaxy Star who is drawn to get a soft run from gate 2. She comes off a dominant win in the Asian Beau Stakes which is a key lead up race. Providing she gets the luck to get off the fence when horses are making their runs she will be very hard to hold out. She is currently $3.30 with Neds. The main danger appears to be the Darren Weir trained Peaceful State. He comes off a placing in the Kennedy Mile over the Flemington Carnival and hasn't been heavily raced over the Spring so comes into these with plenty in the tank. There looks to be good pressure in the race and he can settle around midfield and has a big finish off the right run. He is currently $5 with BetEasy.