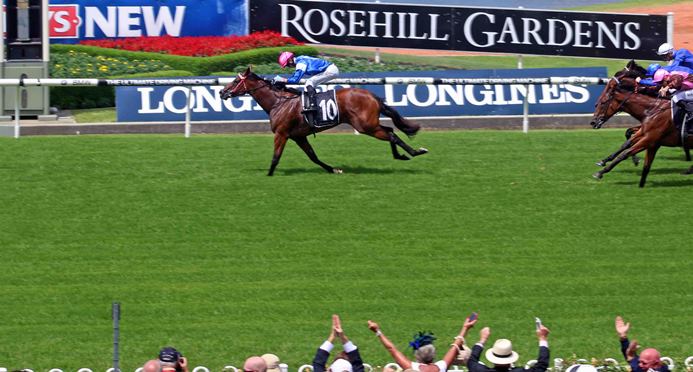 Spring Racing is upon us and that means Group 1 racing time! This weekend we will see the Sir Rupert Clarke Stakes take place at Caulfield and the million dollar Golden Rose at Rosehill.

This Saturday SportChamps will be running their big $15,000 contest based on all the races taking place at Caufield and Rosehill, with a buy-in of $50. The top 25% of players will win cash, so be sure to check out our tips to give yourself the best chance of winning this weekend!

Kick off your day with an early winner at Caulfield in the form of Lucky For All in Race 2. This is a really deep race with quite a few chances on paper, but this horse might just be on another level to the rest of the field. He resumed with a good effort at Moonee Valley and jumps up from the mile to 1800m today. We saw him beat his talented stablemate Furrion by 3 lengths last preparation and Furrion came out and won impressively as our best bet last weekend. Although Lucky For All draws a touch awkwardly in barrier 12, he should be motoring home from off the pace and looks a good way to kick off your tournament at $2.25 with Pointsbet.

Over at Rosehill, there’s a couple of decent plays in the middle of the card that we can include before finishing off with the last couple of races at Caulfield.

Noire looks a strong chance of winning Race 5 after being narrowly defeated in the Group 2 Sheraco Stakes first up. Her second up record is terrific with two wins and a 2nd placing from three starts. Overall, she’s had 14 starts for six wins and five 2nd placings. We should expect a bold showing here at $3.60 with Sportsbet.

The Group 2 Golden Pendant immediately follows in Race 6 and Daysee Doom looks a good each way chance at $7.50 the win and $2.50 the place with BetEasy. She was only ‘OK’ first up but she did have excuses and is much better suited in this race. She’s won three of her five races when second up from a spell and she will relish the step up to 1400m today, as well as the firmer ground. Her record on her home track is fantastic and she’s won three of her four starts over the 1400m. She was a Group 1 winner over a similar distance at this track last preparation, so with the good barrier draw she is going to be hard to beat here and looks a great value play at the odds.

Back at Caulfield, the feature race of the day is the Group 1 Ladbrokes Sir Rupert Clarke Stakes (Race 8) and with such a competitive field, we can sniff out a bit of value. Osbourne Bulls has had 11 career starts for eight wins and three minor placings, so the $7.00/$2.50 win/place odds on offer with SportsBet are very appealing. He resumed with a strong victory over 1200m at this track five weeks ago, where he defeated Land Of Plenty, who then came out and won his next start. Those two horses meet again here. Osbourne Bulls is drawn perfectly in barrier 8 and should be hard to hold out.

Often the final race of the day gets plenty of attention in horse racing tournaments and Ellicazoom could be the way to go in the final race at Caulfield (Race 9). She was explosive when winning first up on debut for her new trainers. She charged home to win by 2.25 lengths and a repeat of that performance would probably see her win again. Pointsbet have her priced at $5.00 for the win and $2.00 for the place. We’ll be cheering the former WA mare home in the Get-Out Stakes!

So get yourself over to SportChamps today, pick your horses and you could be in for a very good weekend indeed!