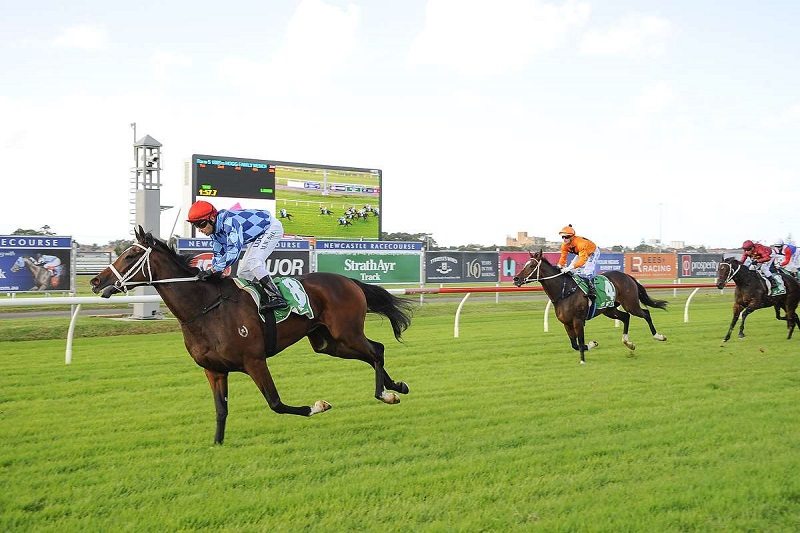 Racing returns to Caulfield on Saturday for the Melbourne Racing Clubs premier race of the season, the $5 Million Caulfield Cup. As always it is a wide open betting race featuring plenty of international runners many of which are having their first run in Australia.

SportChamps are again coming to the party with a whopping $30,000 prize pool guarantee up for grabs in their major racing tournament with all races from Caulfield and Randwick included. This is in addition to their regular racing contests and you can also find further action among the usual offerings on TopBetta and MoneyBall.

This week we focus on the feature meeting of the weekend at Caulfield as it looks to present a number of solid opportunities to build your tournament banks.

You can start the day strongly with the Darren Weir trained Delusions in Race 1. She only has one start for a win at Swan Hill but on that occasion she sat wide and raced away to win by a big margin in what was a most promising debut. Her times were as good as anything on the day and was the run of a horse with more to come. This might be the horse to get you away early in your tournaments and she is currently $3.70 with Pointsbet.

Race 5 is the Ethereal Stakes, an Oaks lead up for the fillies. The Darren Weir trained Verry Elleegant looks the best bet of the day after a very good 3rd in the Manifold Stakes behind last weeks Thousand Guineas winner Amphitrite. She was held up on the inside until about the 200m mark in that before making good ground under hands and heels riding. She looks ideally suited to the 2000m and should have improvement to come given it will only be her second run for the stable. Pointsbet is again top of the market here offering $2.55.

Verry Elleegant wasnt the only hard luck story in that race with the Hayes & Daberning trained filly Dark Confidant copping significant interference at about 350m mark before picking herself up to make good late ground running the 2nd fastest last 200m of the race. She is drawn wide on Saturday so will likely be back in the field but she has shown she has a strong finish. At $27 to win and $7.50 a place with Sportsbet she looks worth a gamble and gives you some cover if you look to bet up in this race in your tournaments.

Race 6 on the program is the Ladbrokes Classic and is a key Derby lead up for the 3yos. Once again Darren Weir has a strong hand courtesy of Extra Brut who is looking to make it four wins on end. He is already a winner at Caulfield and there looks to be sufficient speed on paper here that should allow Extra Brut to find a good spot in running and given the way he finished off last start at Flemington he will be very hard to hold out. He is currently $2.80 with Neds.

The Cup is Race 8 on the program and the Chris Waller trained Youngstar looks very hard to beat after a very good last start 2nd in the Turnbull behind Winx. The rise to 2400m looks ideal and leading jockey Kerrin McEvoy should be able to get her into a nice midfield position from barrier 10. She is currently $6 at BetEasy. Her main danger looks to be The Cliffsofmoher who turned in a slashing Cup trial last week in the Caulfield Stakes. He has performed well on the back up before and has the services of Hugh Bowman. He is currently $8 at Pointsbet.

Best of luck on Saturday and may we see DFR players bring home the lion’s share of the prizemoney, especially in the big $30,000 tournament on SportChamps!