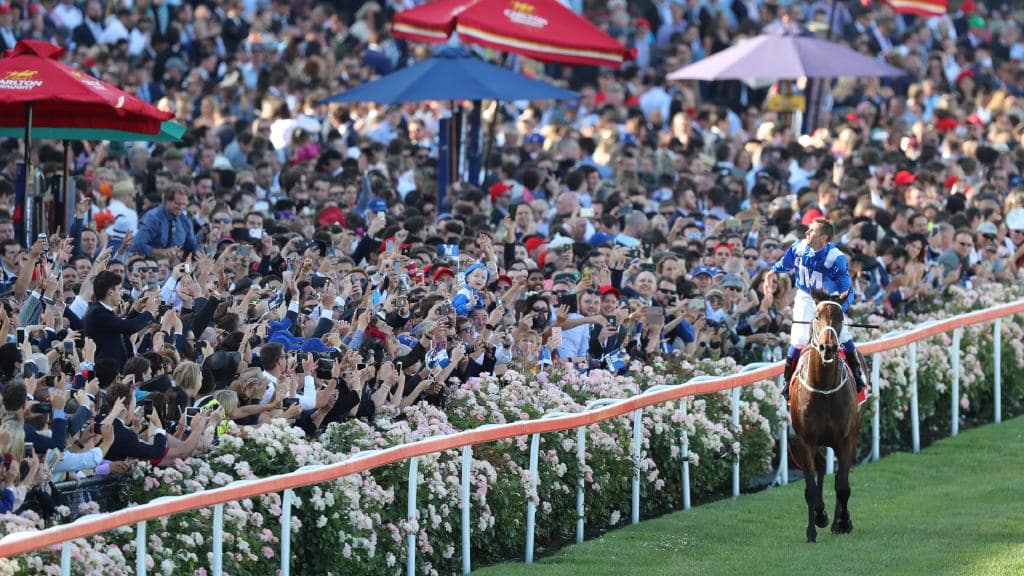 The Spring Carnival caravan rolls on to Moonee Valley this Saturday with the running of the Cox Plate, the race recognised by most as the weight for age championship of Australian racing. It looks set to be another monster day for fantasy horse racing tournament players with SportChamps offering up a massive $40,000 guaranteed prize pool with only the 10 races from Moonee Valley in play. So buckle in for a big day at the Valley and if the breaks go your way you might end the day seriously richer.

As always, SportChamps runs a number of standard tournaments throughout the day and TopBetta and MoneyBall have their usual offerings so tournament fans have plenty of opportunities to put their skills to the test this Saturday. With all eyes focused on the big tournament some of the smaller contests may provide a good spot to build your bankroll so don't necessarily neglect the smaller prize pools as they can be great practice for the bigger stuff and very profitable as well.

The Cox Plate itself is race 9 on the program at 5:00pm and features champion mare Winx who is looking for a record 4th straight Cox Plate and overall 29th straight win. As always she will go around at very cramped odds and is currently $1.25 with Pointsbet. Winx does look a moral if you like taking the short odds but there appears to be better value opportunities elsewhere on the card and that's where we will head in our preview.

Race 4 is the Crockett Stakes for the 3yo fillies and the two main chances look to be Assertive Play and Into The Abyss who both come out of a similar race on Caulfield Cup day behind Sunlight. On that occasion both horses didn't receive the best of luck with Assertive Play being held up for a run at a crucial stage and Into The Abyss caught wide and never really looking comfortable. There looks to be enough pressure in this race that should afford both horses a great winning chance. Assertive Play is currently $4.50 with Pointsbet whilst Into The Abyss is $5.50 with Sportsbet. For tournament play this race presents a nice option for fans of backing multiple runners in a race but I would lean to staking slightly more on Assertive Play.

Another feature for the 3yo fillies on the program is Race 6 over the mile. It is a very open race according to the early betting but I think it can be narrowed down to two main chances in El Dorado Dreaming and Mystic Journey. El Dorado Dreaming was right in the market for the Group 1 Thousand Guineas before finishing down the track. Post race it was reported that she pulled up with a throat issue and didnt appreciate the firm surface. The Moonee Valley surface should be more forgiving than Caulfield and I'm prepared to give her another chance at the $5.50 currently on offer with Neds. Her best form is clearly good enough to win this but she would need the track to be allowing horses to come wide and make ground. Mystic Journey hasnt raced since a very impressive win in Listed company at Caulfield. On that occasion she defeated a couple of her key rivals here and won in the style of a horse with more to come. She is a month between runs but this has been a target race for a while and I would trust the stable to have her in good condition. She is currently trading at $4.20 with BetEasy.

The Crystal Mile is Race 7 and has long been a support race on Cox Plate day. This years edition isnt one of the strongest ive ever seen but the Darren Weir trained Cliff's Edge looks a great play in the race. He comes out of a very fast run Toorak Handicap where he was up on speed and did a tremendous job to finish as close as he did in 5th position. All the horses that beat him home settled in the second half of the field and were suited by the hot speed. On Saturday there looks to be a much more sedate tempo and he should be able to control the race from either in front or outside the leader. He has a great record at Moonee Valley and the 1600m is ideal. He is currently $4.00 at Sportsbet and looks a good aggressive play for tournament players.

The Moonee Valley Cup is Race 8 on the program and is one of the few remaining lead ups to the Melbourne Cup. It has brought together a big field of stayers all who are hoping to win to enhance their chances of getting into the great race. The early favourite and the horse I have on top is the Lloyd Williams owned The Taj Mahal. He comes out of last weeks Caulfield Cup where he took off at the 800m mark in what was a farcically run race and tried to pinch it. He tired late in to 5th position but that run looks to be a great platform for this race on the 7 day backup. He is drawn wide but I would expect him to push forward and he is a recent winner on the track. He is currently priced at $6.00 with Pointsbet. Those chasing a big price winner late in the tournament could do worse than have something on Lord Fandango. He is only 3rd up so should take plenty of improvement out of his last run in the Herbert Power where he didn't run too badly and his form last Spring was well up to winning this. He is currently $23 with BetEasy.

Best of luck on what is always a super day's racing at Moonee Valley and hopefully we will see some DFR players atop the leaderboard in the outstanding $40,000 tournament over on SportChamps. Happy punting!