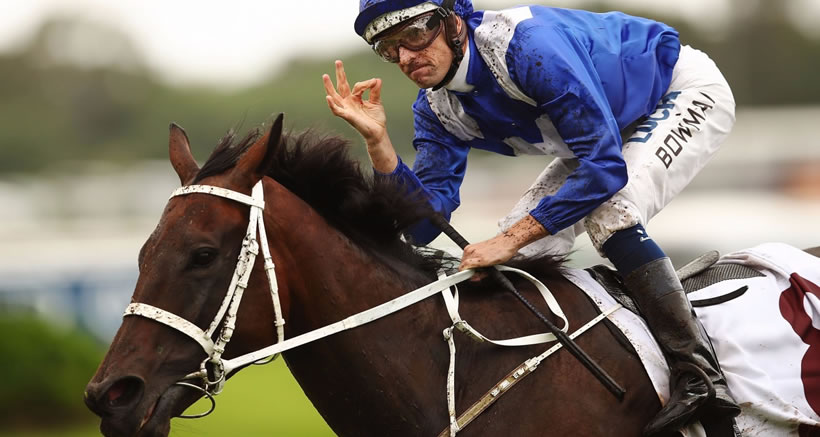 There’s a massive $15,000 Guaranteed tournament being offered this Saturday at SportChamps which is the biggest offering of the day. Entry is just $50 with three rebuys available, and the top 25% of the field finishing in the money. Use the horse racing betting tips below to find some winners in your tournaments and grab a slice of that prize pool!

Kick off your day with a nice value bet on Master Zephyr in the first at Flemington. He finished fourth behind High Church last start and even though he was beaten 3.85L, his final 600m sectionals were good and he looks ready to win. He’s won three times from six starts at this distance and won his only start over 2500m at Flemington. If you’re feeling like stretching the field out early in your tournaments then you can back the win, or a safer option would be a place bet to get yourself on the board. If you’re feeling confident then you can also throw some cash on at odds of $8.00 to win and $2.40 the place at Sportsbet.

There’s a couple of good bankers for your tournaments coming from Randwick on Saturday, and one of those is likely to be Redzel in The Shorts which is Race 4 at 2:00pm. The Everest winner resumed with a big victory last start, and although there are a few talented types in this race, Redzel continues to prove to have their measure over the sprint distances. You’re getting a price of $1.80 at Sportsbet, but at a site like SportChamps, they tend to offer fixed price odds for tournaments that are on the generous side. At the moment, the tournament fixed price is $2.10 for Redzel to win which is a great tournament play, or perhaps a chance to multi with the next horse we’re going to look at...perhaps you’ve heard of her...

One of the main races of the day is the Group 1 Colgate Optic White Stakes which is Race 6 at Randwick running at 3:10pm. If you’ve been able to build a bit of a bank in your tournaments up to this point, then here’s a chance to get better than bank interest with the superstar mare Winx. Gunning for her 20th Group 1 victory and 27th win in a row, you’re only getting offered short odds, but it can be a (virtually) no-risk way to pad your stack. Now if you were betting cash, you’re likely to only be getting odds of around $1.12 at Sportsbet. At the time of writing, you can get $1.32 fixed price odds for Winx in your tournaments at SportChamps which is incredible overs. You’re almost certain to increase your stack by a third which is a fantastic tournament play for any player. As we mentioned above, you can also multi on SportChamps with something else you like to climb even further up the leaderboard.

Often horse racing betting tournaments will come down to the final races of the day, so it’s a good idea to have a couple of good picks ready to strike late in the day. At Flemington, we have a couple of strong chances in the last two races that could help get you over the line.

Race 8 at 4:50pm looks a good race for Native Solider to back up with another victory. He ran them off their feet last start at Caulfield and although it’s always a bit different down the Flemington straight, this race looks no tougher than what he defeated last start. The wide draw will pose no problems down the straight and he offers a decent price of $3.40 at BetEasy.

The best bet of the day may just come from the last at Flemington. It’s a big field but Furrion looks to be a seriously talented horse on the rise and he comes up against a field of absolute plodders here. He’s won four of his five career starts and resumed with a dominant victory at Geelong. Should be able to sit closer to the speed from barrier 1 and providing he gets any luck whatsoever, he should be winning this. You’re getting odds of $2.65 at BetEasy and that’s likely to be closer to $3.00 fixed in the tournament on SportChamps, so this is a great way to go bang in the last race and get yourself into the big prize money!

Hopefully these horse racing tips will help you on Saturday, and make sure you keep an eye on Daily Fantasy Rankings over the Spring Racing carnival as we provide you with regular racing tips to help you to share in the big prize pools on offer! Good luck!