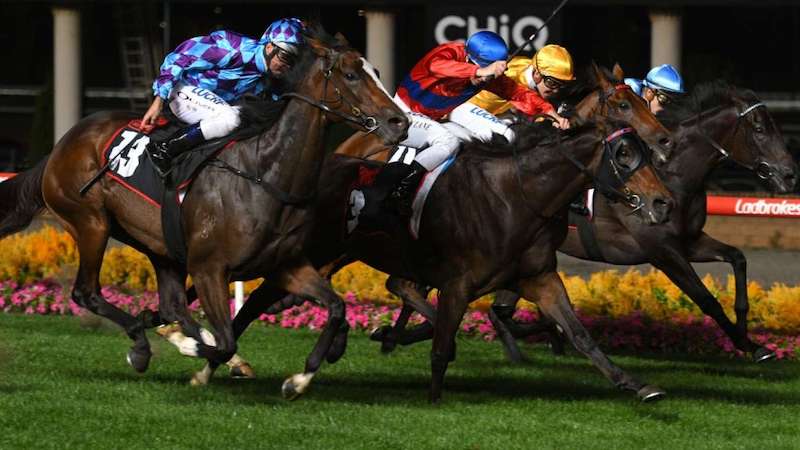 Racing is once again at Moonee Valley on Friday night for the second meeting of the night season after last week’s feature Moir Stakes meeting. There is not quite the same level of quality horseflesh going around this week however there are still eight winners to be found. The track should be in the Good range after some warm weather in the lead up whilst importantly the rail will be out 7 metres which generally advantages leaders and horses racing on the fence.

The opening race on the card is a Maiden for the 3yos over 1200m. There looks to be a few promising types engaged here however I think the McEvoy trained Meteorite has the edge on these. He has had two starts date which include a debut 2nd at Bendigo where he led and was beaten by a potentially smart horse with a decent gap to 3rd and a last start 6th at Caulfield in a stronger race than this where he was slowly away, and nothing really went right. Providing he jumps well he should be able to find the front and if that’s the case then it is hard to see him being run down. He looks like a good way to start the night and is currently $2.30 with Sportsbet.

The sixth event on the program is a BM78 over the mile and brings together a collection of mostly well exposed horses. The exception to that is the current favourite Play Me Now from the Cindy Alderson stable who is first up after only having three runs in his first preparation. Whilst he has a chance in the race, I think he is under the odds at present and am happy to be with the current second favourite Aristocratic Miss. She has had two runs back from a short break and both of them have had merit. She ran the best late sectionals of the day from an impossible position two runs back at Sandown and then last start ran well enough after having every chance in a slowly run race at Caulfield. She maps to get a lovely run behind the leader here from the inside gate and should the run come when desired I think she will be very hard to hold out. She is $3.60 with Neds.

The penultimate race at the Valley is a BM64 over 1200m. This looks like a fairly open race with many of the main chances in the betting being first up. I am going to side with one of the first uppers in Three Beans from the Hawkes stable. He has had only one run to date in his career and that was a soft win on the synthetic track at Ballarat. On that occasion he started a short priced favourite, bounced to the front and never really looked like losing. Whilst the opposition wasn’t strong and the time wasn’t anything exceptional, the manner in which he won showed there was plenty up the sleeve. He has had two recent jump outs to get him ready for this and I was particularly taken by his most recent one where he had the measure of a couple of promising horses. He should be able to get on speed here and looks hard to beat at the $3.80 with BetEasy.

The final event on the card at Moonee Valley is for the mares over 1000m. As you would expect there looks to be plenty of speed on paper here and horse that can get a soft run just off that speed is Mischa from the Simon Wilde stable. She comes off a last start 4th at Geelong in what is looking like a good form race with first and second both running well at Caulfield last Sunday. The drop back to 1000m looks suitable and she is already a winner over this track and distance earlier in her career. Brad Rawiller gets back in the saddle who won on her two starts back and she looks a nice way to finish the night at $4.60 with PointsBet.