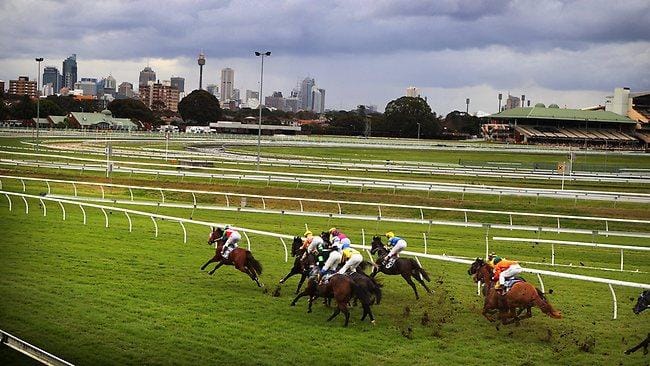 All eyes will be on Caulfield in Melbourne on Saturday where there is a real smell of Spring in the air as many possible Spring major players resume. Kensington hosts racing in Sydney for what is a fairly regulation Saturday meeting. The Group 2 Lawrence Stakes is the feature at Caulfield, and it sees the return of gun Tasmanian mare Mystic Journey who is likely to go around a short priced favourite after taking all before her last Summer and Autumn. As far as the track goes at Caulfield it is likely to be just into the soft range with some rain forecast on Friday whilst fine weather in Sydney will mean a good racing surface on the Kensington track.

SportChamps is the leading provider of fantasy horse racing tournaments and they offer a range of tournaments to suit all budgets. This Saturday there is a $10,000 guaranteed tournament covering the metro meetings for $20 entry with no rebuys, as well as a $5 Saturday Metro "Bet and Go". For those that are time-poor or are looking for an early win, they run consecutive hour-long tournaments across a range of races, spanning all 3 codes as they carry on later into the night. This week there will also be a guaranteed $5,000 tournament for a small $5 entry, giving everyone an excellent chance at a huge collect for such a small entry.

The second event on the card at Caulfield is for the mares over 1700m and the early favourite is Rat With Goldtooth from the Paul Preusker yard. Whilst it is a winning chance, I am surprised it is favourite and think you can back both Toryjoy and Benitoite and get a result. Toryjoy has done all her recent racing in Sydney and has a real liking for soft tracks. She is a quirky horse who performs at her best when she is allowed to lead and control the race. She is presented with that scenario on Saturday and despite it being her first run at Caulfield she should be very hard to run down with Kerrin McEvoy in the saddle. She is currently $4.60 with PointsBet. Benitoite is a promising 4yo still in her first racing preparation but continues to improve. She was a last start winner at this track over 1600m after finding a tricky spot in a slowly run race. On that occasion she quickened nicely off the slow speed and ran the 2ndfastest last 400m and fastest last 200m of the day. The slight rise in trip should only be in her favour and it’s hard to see her not being in the finish. She is currently $3.80 with Sportsbet.

The fourth event on the card at Kensington is for the speedsters over 1000m. As you would expect there looks to be plenty of speed in this race and it sets up nicely for the Anthony Cummings trained November Man to come over the top. He has a real liking for this distance on firm ground and that is what he should get here. Nash Rawiller jumps in the saddle and the horse has been readied for this with two soft trials after an 8 week break. He looks over the odds at his current price of $9.50 with Neds.

The 3yo males do battle here in the Group 3 Vain Stakes over 1100m which is usually a key kick off point for many smart 3yos Spring campaign. A horse who fits that criteria is Bivouac from the James Cummings stable. He did all his 2yo racing in Sydney where he won and was competitive in some of the better races. He has had an easy trial in Sydney followed up by an impressive jump out at Flemington to ready him for this and he should get into a great spot just off the leaders for jockey Hugh Bowman. The track being on the soft side will be to his advantage too and he ticks plenty of boxes. He looks a good play at $2.50 with BetEasy.

The sprinters line up here in the Listed Regal Roller Stakes over 1200m. 6 of the 9 runners are first up and that is the way I’m going to head with a horse who took all before him during his Winter campaign in the Daniel Bowman trained Begood Toya Mother. This is without doubt the toughest race he has contested but he has won his past five starts and can either lead or sit outside the leader here and control the race. He also has good residual fitness off his Winter campaign compared to the other first up runners. He looks the best bet of the day and is currently $2.80 with Sportsbet.

The final event on the card at Caulfield is for the mares over 1100m. It looks a very competitive affair which is shown by the open nature of the betting on the race. Once again, I am going to lean to a horse that is first up and that is the Clinton McDonald trained Causeway Girl. She is 2 from 2 first up in her career and has run her best races on the fresh side. She was a soft winner of a recent barrier trial at Cranbourne to get her ready for this and she has the services of champion jockey Damien Oliver who rode this horse all through her last preparation including a win first up. The sting out of the ground should be of no issue and there looks to be good speed in this race that she can sit off before making a run down the middle part of the track. She looks hard to hold out and is currently $7.00 with Neds.