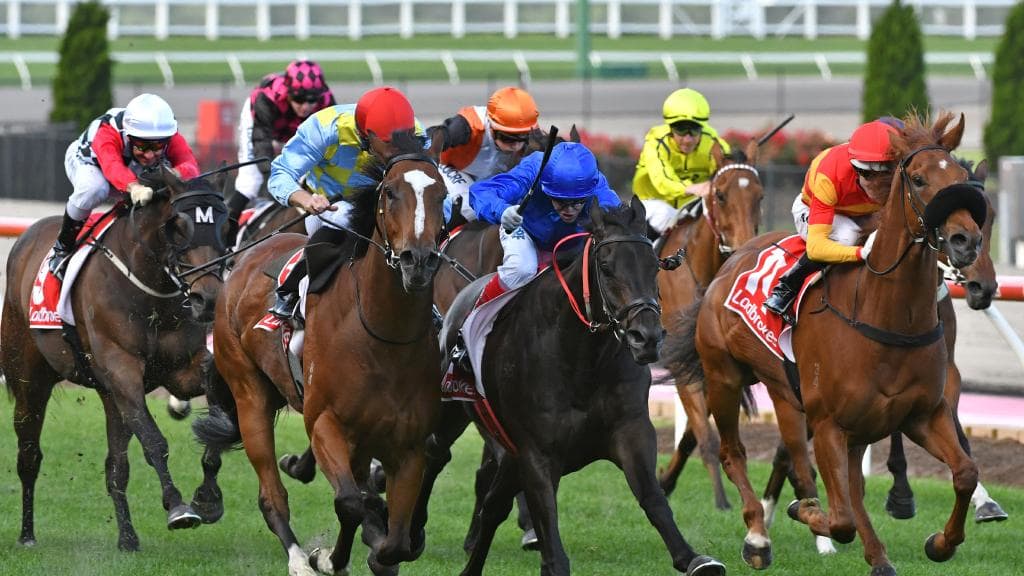 Racing on Saturday is from Moonee Valley in Melbourne and Randwick in Sydney. The track at Moonee Valley should be bordering on Good and it will be the first time they have raced on it since March 22. Given the long break it will be worth keeping a close eye on the early races to see if any kind of pattern emerges. The dry weather only lasted for a week in Sydney with Randwick copping plenty of rain and being in the Heavy range for racing on Saturday. With Spring just around the corner there are plenty of promising horses resuming in both states so whilst trying to find a winner it will be a good day to keep an eye on things from a future perspective.

We will kick things off in the second event at Randwick where I’m quite keen on the Chris Waller trained True Detective. He was a winner of his first start before going for a spell and returning with an excellent second behind the promising Spend at Rosehill three weeks ago. On that occasion he sat just off the speed before hitting the front early in the straight and going down by a narrow margin with a big gap back to third. Tommy Berry jumps into the saddle and the slight increase to 1200m should be to his liking. The stable will have bigger targets in mind for this horse, but should he want to reach those then he should be winning this. He looks like an early bank builder at $1.90 with Sportsbet.

Small field lines up here over the mile and many of these are well exposed with poor winning records. One horse who fell into that criteria before his last two starts is Pelethronius who went two years between wins but has now put together back-to back wins. I think he can make it three on end here as he will once again get the wet conditions that he loves and is a last start winner over this track and distance. Last start he sat deep but was still far too good for his rivals and I see no reason why he can’t do the same here. I expect him to start favourite and is currently $3.70 with PointsBet.

The third event at Moonee Valley is for the mares over the mile and it is quite an open betting race with plenty of chances. I am happy to look outside the market a bit and put Moscow Red on top. Her last couple of runs have been excellent resulting in a fast finishing 2nd at Sandown and a dominant last start win at Cranbourne where she sat last and rounded up the field to win softly. The expected good speed here will be to her liking and providing horses can come wide and run on then I expect her to be in the finish. She looks a good play at $9.50 with Neds. Another runner that is worth keeping on your side is Kiss and Cry from the Mick Kent yard. She has raced without luck at her past couple, getting held up for a run two starts ago at Cranbourne before making good ground on the worst part of the track at Bendigo last start. The concern is that she is drawn an inside gate so will need luck getting a run at some stage, but should she get the luck then she looks hard to hold out. She is currently $4.20 with BetEasy.

The stayers do battle here over 2500m with many of these coming from different formlines which can make it a tricky affair. Despite that I think the Maher & Eustace trained The Statesman looks a great bet. He ran 2nd last start at Flemington in a tougher race than this over 2500m where he was caught wide early before working forward and slotting in to a nice position. He hit the front early in the straight but was run over by a smart stablemate. That was only The Statesman third run this preparation and his first over this kind of distance so he should derive plenty of benefit from that run and be at his peak for this. He will need a bit of luck early to slot in from his wide gate but should that come then it looks a very winnable race for him. He is currently $4.40 with Neds.

The penultimate event at Moonee Valley is for the sprinters over 1200m and it sees the clash of a few up and coming horses who are either first up or very early in their preparations. There looks to be good speed on paper, and I think you can play two horses here and get a result. The first is the John Sadler trained Usain Bowler who was a beaten favourite at Flemington last start over an unsuitable 1000m. Despite his finishing position he still ran great sectionals that day to show that he is going well. The rise to 1200m looks ideal and he is a previous winner at Moonee Valley. He should be able to sit off the expected good speed and be hard to hold out at the finish. He is currently $4.80 with BetEasy. The other horse is Age Of Chivalry from the Ellerton and Zahra stable. This horse is first up but has been readied for this with two good jump outs and was a first up winner last preparation. He has some good form against some handy 3yos last time in and he has always looked a horse that will improve with age. He is drawn an inside gate so should receive a soft run just behind the leaders, but he is another who may require some luck to get the desired runs when needed but gun jockey Damien Lane should be more than up to the task. Age Of Chivalry is $4.50 with Sportsbet.