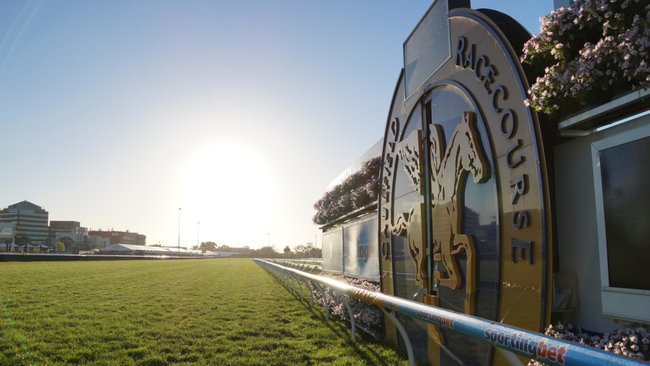 Summer thoroughbred racing means we don’t see the big guns on offer as they instead prepare for the major Autumn carnivals, but there are still plenty of opportunities for DFS players to get involved this Saturday.

The leading provider in fantasy horse racing tournaments is SportChamps and they offer a range of tournaments to suit both the budget and preferences of all tournament players. Their flagship rebuy and no-rebuy tournaments feature guaranteed prize pools and generally operate on all the major metropolitan venues, but they also offer hour-long contests for those who don’t have the day to spend on the full-program grind. They also offer horses, harness and greyhound specific tournaments and a range of buy-ins – including free to enter games – which can suit you whatever your bankroll.

At Caulfield, punters will get their chance to fire early in the day with favourite Cincinnati Red in Race 2. She’s put in three great runs this prep, with a dominant first up win followed by a luckless second up run and another good effort from last on the turn last time out. She gets her chance to win again today with a hugely positive jockey change; Mark Zahra takes over from apprentice Michael Poy and she looks the obvious selection at $2.45 at Sportsbet.

Punters who like to include some blowout chances could throw in Kyzamba in Race 5 at $41 at BetEasy. She lines up in a competitive race but she was solid first up at huge odds and she’s won all three of her previous second up runs. She’d really prefer if the rain came and the ground turned soft; she’s undefeated from four starts on soft ground but has yet to win from eight starts on good ground. Could be worth a small speculative play.

In Race 6 I think Silentz is the one to be on at $3.50 at Sportsbet, despite once again having to carry the big weight. He’s really struck form in his past two starts and it was a big effort to win over this track and distance last start. He’s going to have to come from the back of the field again after drawing barrier 10 but he looks to be on an upward curve.

Mastering looks a fairly safe bet to add in to your tournaments at the short odds of $1.85 at BetEasy. He bolted in by 6L first up and then bumped into the highly impressive Usain Bowler last start down the straight at Flemington. Probably better suited back around a bend at Caulfield, which is his home track, and he can probably find a position on speed from the good draw. Looks very hard to beat.

Over at Randwick on the Kensington track, Ljungberg looks a decent chance at $4.80 at Sportsbet in Race 4. Hugh Bowman very rarely, if ever, rides for Ron Quinton, so his booking looks particularly interesting here. I think the horse has a bit of ability and he returned with a nice win at Canterbury.

Later in the day in Race 7 we can back Gresham to round things off at $2.05 at Neds. He’s carrying a featherweight of 49kg today after the 3kg claim for in-form apprentice Robbie Dolan. This Chris Waller-trained gelding has had three runs back from a spell this preparation and I’m expecting him to jump straight to the front and give nothing else a sight. His main market rivals will be carrying in excess of 6kg more weight, so if they’re giving him a head start, they’ll be struggling to run him down.