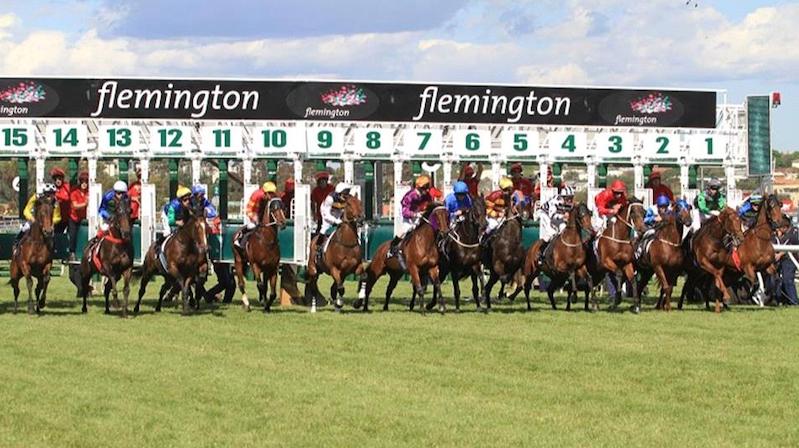 Racing on Saturday is from Flemington in Melbourne and Randwick in Sydney. The weather in the lead up has been decent at both venues so whilst both tracks are likely to be rated in the Soft range, they should be closer to Good than Heavy and on the improve. There are strong winds forecast for Melbourne so it will pay to keep an eye on that if you are playing at Flemington as it may advantage horses gaining cover in the circle races.

We will kick things off in the opening race of the day at Randwick where the Peter & Paul Snowden trained Mandela looks a good play. He has only had one start in his career to date at Canterbury where he looked a certain winner with 100m to go before running off the track and throwing the race away. He has since trialled brilliantly at Randwick and that should have ironed out any issues that he has. The step to 1400m looks suitable and he should receive a soft run just off the speed for Tim Clark. He is currently $1.95 with Sportsbet.

The 2yos line up here over the unusual distance of 1800m, which can make it a tricky betting race given pretty much all of these haven’t raced at this kind of distance. One horse that I don’t think will have any issues with the distance is the Lindsay Park trained Huntly Castle. He has had three runs to date and in all of them he has shown signs of a horse that just wants distance. In his first two runs at Caulfield and Flemington he was disadvantaged by being in the worst part of the track before heading to Bendigo and beating the older horses over a mile. On that occasion he settled midfield before coming to the middle of the track on the turn and hitting the front in the shadows of the post in a strong performance. He is drawn an inside barrier on Saturday so should be able to settle close to the leaders and it’s hard to see him not being in the finish.He is currently $3.90 with PointsBet.

Race 6 at Flemington looks the highlight race of the day to my eye with a few promising 3yos doing battle all coming out of different formlines. I am going to put the Kevin Corstens trained Twilight Run on top after his great first up run at Caulfield over 1400m where he didn’t have much hope of winning the way the race was run but he still managed to run the fastest last 200m of the meeting. The rise in distance to a mile and the big track at Flemington look ideal for him and he looks a horse with plenty of scope after showing good ability last preparation. I would expect him to settle around midfield and providing horses can make ground wide on the track he looks very hard to hold out. He is currently $6.00 with Neds. Killavally is the current favourite and is worth saving on given the impressive nature of his debut win on the Ballarat Synthetic Track. On that occasion he sat just behind the leaders over 1400m and put a hole in them to win by 8 lengths. He ran a faster time than the higher-class race over the same distance that day showing how good a performance that was. The obvious query is that he now needs to take the form on to the turf but if he can then he’s a deserved favourite here. Killavally is $3.30 with Sportsbet.

The penultimate event at Randwick is over the mile and it looks like being an open betting race. I am happy to be with Travancorewho is racing in great form since joining the Clare Cunningham stable. Last start he settled well back in a similar race at Rosehill before reeling off the best sectionals of the race to run a close up 3rd in what was an on speed dominated race. He finds a race here where there looks to be good pressure up front and the rise to 1600m on the big track at Randwick looks ideal.He looks a good bet at the $4.60 with Sportsbet.

The final event of the day at Flemington is for the speedsters over 1000m down the straight. I am going to side with the Price & Kent trained filly, Crack The Code. She was scratched from Caulfield last week due to a wet track so the ever-improving track will be to her liking. She is 2 from 2 first up including a dynamic win over this distance first up last preparation at Moonee Valley. She has also won down the straight previously so that should be of no issue and she is drawn to get a nice run just on the back of the speed. She ticks a lot of boxes and is currently $3.90 with BetEasy.