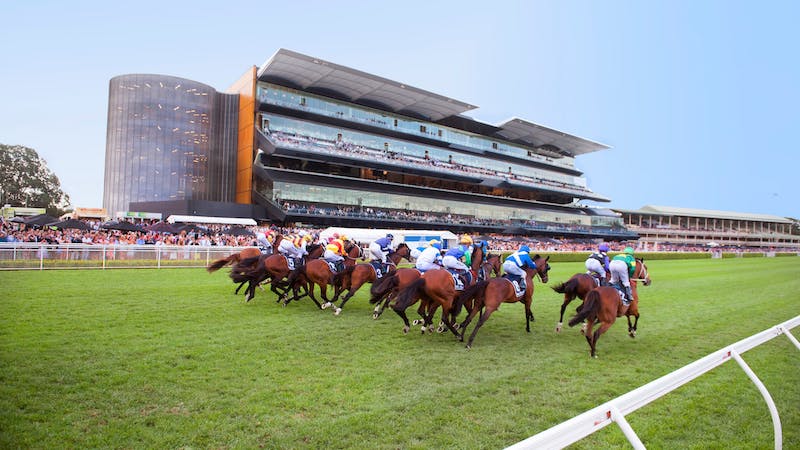 Racing on Saturday is from Flemington in Melbourne and Randwick in Sydney. The track should be bordering on a Good rating at Flemington with fine weather in the lead up to raceday. Wet trackers are likely to be the order of the day at Randwick with punters facing a significantly rain affected track. The highlight on the track will be at Flemington with ‘Finals Day’ the main attraction. This is a culmination of a number of heats that have been run over the past couple of months with the Listed Winter Championship Final the feature.

The opening race at Randwick is for the 2yos and it brings together quite a few promising types. I am happy to go with the Waterhouse & Bott trained Rule The World who comes off a last start win at Canterbury at his first race start. On that occasion he jumped well from an outside barrier and was taken to the lead before kicking away early in the straight and holding a margin to the line. Leading rider Tim Clark retains the ride here and I can foresee a similar setup from his outside draw in this small field. The form out of that race has been franked with the 2nd horse coming out and winning at Canterbury on Wednesday. He is currently $3.00 with Sportsbet.

The stayers do battle here over 2600m and many of these come out of a race at Flemington two weeks ago that was won by Chouxting The Mob. On that occasion Chouxting The Mob settled around midfield in a slowly run race but was still too strong for his rivals over the final 100m. He rises 6kg in the weights for that win which many will see as too great a task here. I am happy to stick with him as he is racing so well this preparation and retains the services of Damien Oliver. He has performed well with big weights previously in his career and the additional distance will be in his favour. He is currently $3.80 with BetEasy.

The sixth event on the card at Flemington is for the 3yo stayers over 2500m. Most of these have been racing each other over the last month or so, so there are clear formlines there but generally over shorter distances. Given the rise in distance I am happy to settle on American In Paris from the inform Simon Wylde stable. He is coming off a last start 6th at Sandown behind a number of his competitors here but that was only over 2100m and I felt he was ridden far too conservatively and given next to no chance that day. He settled at the back of the field and was held up until the straight before finishing off nicely in between runners. The rise to 2500m will be right up his alley as he has performed well around that distance range previously. Craig Williams retains the ride and can settle closer in the run from gate 3 providing he jumps well. He looks a good bet at the $7.50 with Sportsbet.

The speedsters line up here over the 1000m and I think a race over this course and distance two weeks ago is the formline to be using to find the winner. 2nd and 3rd from that race in Invictus Salute and Deity line up here and I’m happy to go with Deity to avenge the very narrow margin between her and Invictus Salute and go on and win the race. Deity was first up that day so should have some improvement to come into this run and gets a significant jockey booking with the inform Blake Shinn jumping into the saddle. She should be able to camp just off the speed here and finish strongly down the middle of the track. She has a win and a very narrow defeat from her two second up runs. She is currently $3.00 with PointsBet.

The final event at Flemington is for the 3yo fillies over a mile. The Chris Waller trained Sure Knee was a dominant winner over this track and distance last start and she looks highly likely to repeat the dose here. Craig Williams sticks with her after winning on her last start where she was ridden a lot closer in the run and never really looked like losing. I can see him employing similar tactics here given there doesn’t look to be much speed on paper. Barring bad luck, it is hard to see her being beaten and she looks the best bet of the day. She is currently $2.00 with Neds.