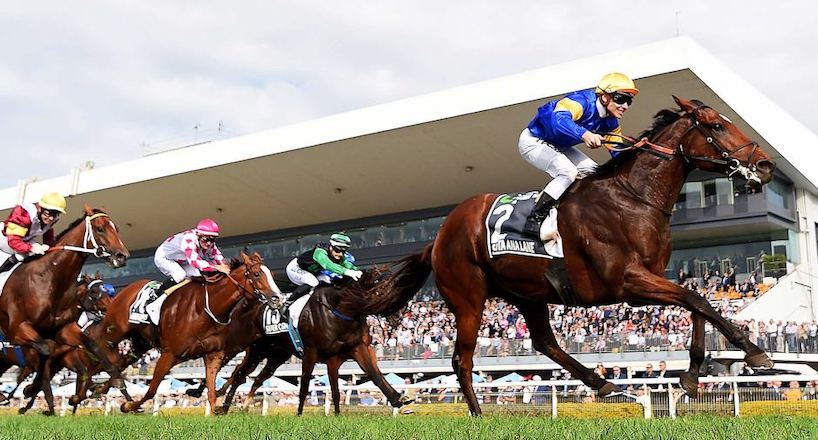 All eyes on Queensland again this week with the running of the Group 1 Queensland Oaks at Doomben. There are a plethora of Group and Listed races on the support card along with good Winter meetings from both Caulfield and Rosehill. It should be good track racing at both Doomben and Rosehill whilst it appears as punters will playing with a soft track at Caulfield.

Moneyball and TopBetta also offer a vast range of tournaments, albeit slender rule variations, there is still plenty of prize money up for grabs. Despite the slightly smaller fields, options are a plenty for those wanting to play tournaments and we recommend you try out the different sites and options to find out which ones work for you. So, with plenty of racing on over the weekend covering all the main states, there is no shortage of action to keep you covered. At Daily Fantasy Rankings we have you covered across the board, so pop on the racing as we give you our best bets to give you an excellent opportunity this weekend.

We can kick thingsoff at Caulfield where race 3 is for the 3yos over 1440m. The current favourite is the John Sadler trained Asgard Massif who comes off a last start win at Sandown. On that occasion he jumped to the front, dictated the tempo and then put a gap in his rivals in the straight to win easily. Whilst this is a step up in class it looks again like he can find the front from the inside gate and control the race without a huge amount of pressure around him. He gets in below the minimum with Teo Nugent on his back and should be mighty hard to run down. He looks a good bet and is currently $3.30 with Sportsbet.

Up to Sydney and Race 5 at Rosehill for the fillies and mares over 1400m. The Snowden trained Reelem In Ruby was beaten as a short-priced favourite in a similar race to this at Rosehill two weeks ago but there were excuses for her defeat. On that occasion she settled into a nice spot just off the speed and on the turn her jockey Tommy Berry eased her to the outside and looked to have a lap full of horse underneath him. Whilst this was happening the eventual winner Strome had got a run back closer to the inside and shot a couple of lengths clear. Berry then went for Reelem in Ruby who just failed to run down Strome. Had Berry gone for his horse at the top of the straight then I have no doubt she wins. He retains the ride on Saturday, and will no doubt be looking to redeem himself. She looks a good bet at $2.45 with BetEasy.

This is a race for the 3yo fillies over 1100m and it looks a very competitive affair. I'm happy to use a similar race to this three weeks ago at Caulfield as the main form reference for this race. That day Bam's On Fire was able to get the better of race favourite Propelle in a close finish. I'm happy to stick with Bam's On Fire here as even though the margin was slender, I thought it was a decisive win with Bam's On Fire looking a lot stronger through the line. Bam's On Fire was arguably in the worst part of the track that day whilst Propelle was out wide where it seemed favourable to be. I'm expecting a similar pattern on Saturday however this time Bam's On Fire is drawn wide so she should be able to get to the desired part of the track. Propelle has never won at 1100m in three attempts with all her wins coming at the specialist distance of 1000m but does have the advantage of meeting Bam's On Fire 4kg better. Bam's On Fire is currently $6.00 with Neds whilst it could be worth saving on Propelle who is currently $2.70 with PointsBet.

Race 8 at Doomben is the feature event of the day, the Group 1 Queensland Oaks for the fillies over 2200m. The early favourite is Princess Jenni who is a last start winner of the Schweppes Oaks in Adelaide courtesy of a pearler of a ride from Damien Oliver. She appears short enough at around $2.60 so I have opted to go around her. The traditional lead up for this race is generally The Roses run at Doomben two weeks before the Oaks and in this year’s edition Etana beat Aliferous in a close finish. I think Aliferous can turn the tables on Saturday given the extra 200m in distance and The Roses was Aliferious first run for a month. If jockey Brenton Avdulla can find some cover from an akward gate, then I think she is going to be very hard to hold out. She looks a great price at $8.50 with BetEasy.

The last race at Doomben is the P.J. O'Shea Stakes which is traditionally a key lead up race to the Brisbane Cup. The main chances in Saturday’s race all come through the Doomben Cup where the Maher & Eustace trained Kenedna was the winner. With regular jockey John Allen in the saddle I see no reason why she can't win again. Her form this time in on dry tracks has been excellent and as was shown the other day and in her 3yo year she has a real liking for Queensland. She is drawn to get a soft run just off the speed and this should enable her to display her electric turn of foot when asked for the supreme effort. The Doomben Cup placegetters, Life Less Ordinary and Sixties Groove look to be the main dangers in a race that looks light on for chances. Kenedna is currently $3.70 with Sportsbet.