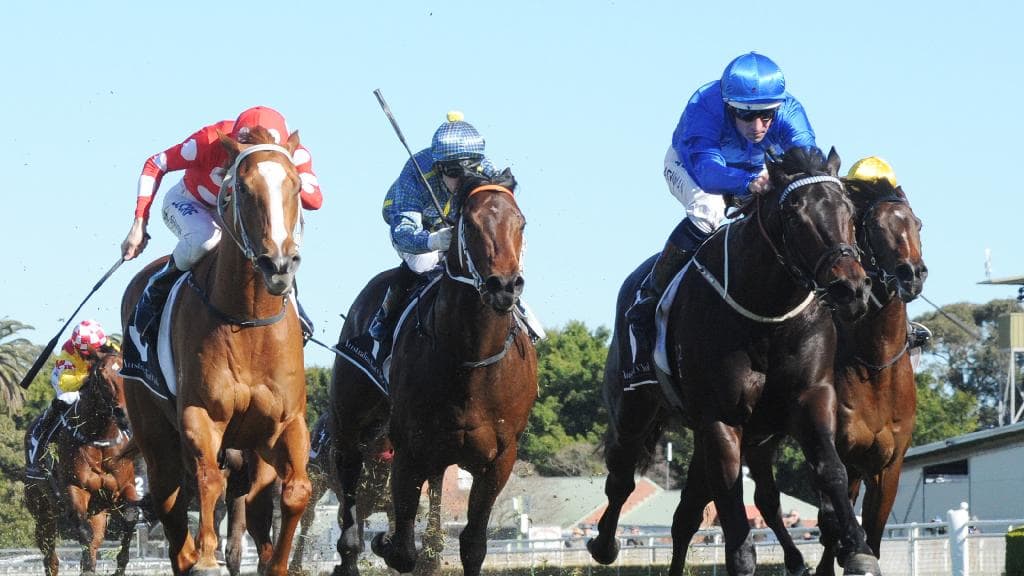 Another week, another exciting finish for Osbourne Bulls for no cigar. After missing the start, it is probably safe to say that it won’t be the last time the blue jacket gets my hard earned. Anyway, enough of my sob story, this Saturday is another opportunity with some outstanding racing, headlined by the Group 1 Doomben Cup at Doomben and the Group 1 The Goodwood at Morphettville. As well there will be plenty of quality racing across the country with feature meetings at both Flemington and Rosehill also. Run over 10 furlongs, the Doomben Cup is one of the true all- round tests in racing as the stayers chase down $700k in prize money. While at Morphettville, some of the country’s best sprinters go at it over 1200m for $750k in riches.

Doomben is currently a Good 4 and is expected to race like that with minimal rain expected. The south-east Queensland circuit will have the rail out 2m, playing evenly to those up on the pace and coming from the back. Meanwhile Morphettville is also a Good 4 with fine weather expected leading into the weekend. The rail is out 4m across the back straight with the rail out to 6m for the remainder of the track. In the southern states, Flemington is expected to race evenly on what will be a good surface with the rail in the true. While Rosehill is also expected to go ahead with a good surface, the rail will be in the true, but runners up on the pace are expected to be slightly advantaged.

SportChamps is the leading provider of fantasy horse racing tournaments and they offer a range of tournaments to suit all budgets. Their major tournaments are run on a Saturday with rebuy and no- rebuy options across the major metropolitan venues. This Saturday there is a $5,000 guaranteed tournament covering the metro meetings for $50 entry with 1 rebuy as well as a no re-buy $5,000 guaranteed tournament for metro meetings also. For those that are time-poor or are looking for an early win, they run consecutive hour-long tournaments across a range of races, spanning all 3 codes as they carry on later into the night. This week there will also be a guaranteed $5,000 tournament for a small $5 entry, giving everyone an excellent chance at a huge collect for such a small entry.

Moneyball and TopBetta also offer a vast range of tournaments, albeit slender rule variations, there is still plenty of prize money up for grabs. Despite the slightly smaller fields, options are a plenty for those wanting to play tournaments and we recommend you try out the different sites and options to find out which ones work for you. So, with plenty of racing on over the weekend covering all the main states, there is no shortage of action to keep you covered. At Daily Fantasy Rankings we have you covered across the board, so pop on the racing as we give you our best bets to give you an excellent opportunity this weekend.

I’m generally not a fan of staying contests, but it’s hard not to like an import that continues to get out in trip these days. In the third at Rosehill, the Freedman trained Mushaireb ticks more than enough boxes to be throwing a bit of confidence around. After impressing in his Australian debut, the Invincible Spirit gelding was sent to the paddock before winning on resumption at nice odds over the 1400m. Showing a nice turn of foot to win, he looked to do that again on the Kensington circuit, only to be blocked for a run late, but the move from the tighter circuit at Randwick to Rosehill is a huge plus for room in running. He gets out past 9 furlongs today and expect Schofield to get a comfortable sit up on the pace, before letting down in the straight, where he will be hard to hold out. Currently you can get $5.50 for Mushaireb at Sportsbet.

In what is expected to be a battle in two, the undefeated Zoustyle resumes after a spell to take on the 3yo sprinters over 6 furlongs at Doomben. Better than evens, the Zoustar gelding was scratched a few weeks ago and I’m concerned that may prove his undoing, despite his obvious ability. I’m going with his main danger in Plague Stone, who has returned to form since taking his visit to the

vet’s table where he was told he won’t be having kids. Impressive when resuming here on a Heavy 10 over the 1110m trip, he clearly looked the real deal winning in dominant fashion. With a few weeks since that run, he was sent to the trials recently where he franked the form, smashing the clock and putting a gap on them. It is hard to knock an undefeated horse and especially one like Zoustyle, but he looks a big risk here. Currently you can get $2.30 for Plague Stone at Neds.

Looking to the penultimate race on the card at Fabulous Flemington, where the experience of Magic Consol and Fastnet Tempest battle the weights in a true handicap test. Towards the bottom of the field I really like the look of the Archie Alexander trained Spanner Head who should take plenty of benefit from her 1st-up run. Letting down nicely, she looks the fittest I have ever seen her at this stage in a prep and it’s not to be liking her here. Already with early support in the market, the Helmet mare relishes racing over the trip and distance and should get an excellent run just off the lead. Michael Poy goes on for the first time and is by far and away one of the better apprentices going around at the moment, allowing Spanner Head to get in nice and light at the weights. Currently you can get $7.50 for Spanner Head at Pointsbet.

In a race that wouldn’t look out of place down the Flemington straight, some of the country’s top sprinters head to Morphettville for the feature Group 1, The Goodwood. After finally popping her Group 1 cherry, I strongly believe Spright can go on with it again as she looks to come from last for a long swooping run around the Morphettville bend. Now I’m going to admit that I gave her very little chance last run, but I’m strong believer of horse confidence and how they get better when they learn to get to the line first, and that just may be the case for Spright. She has drawn the car park and will get back but that shouldn’t be too much of a problem as she won’t be buried on the fence, with Oliver likely to trail on a 3-wide mover turning, saving every ounce of energy before a late run. Currently you can get $3.80 for Spright at BetEasy.