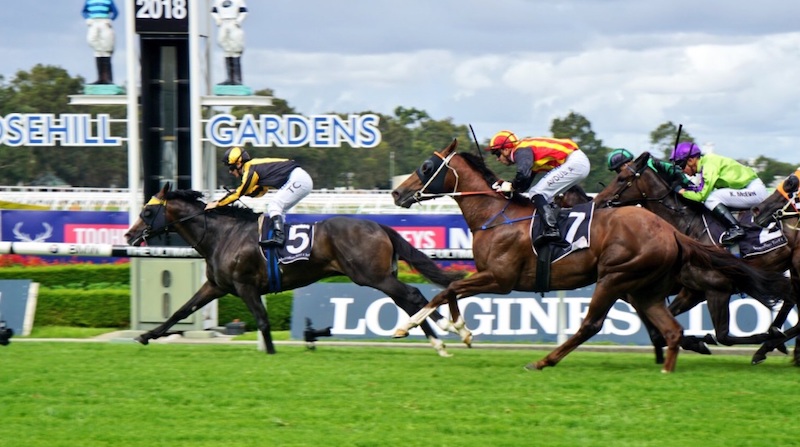 Racing is at Flemington in Victoria and Rosehill in Sydney on Saturday for two very intriguing days racing with a number of the best horses in the land going around including ruling Cox Plate favourite Mystic Journey. We should see a good track at Flemington for Group 1 Makybe Diva Stakes day and hopefully a surface that gives all horses their chance. The Makybe Diva Stakes is ably supported by a plethora of other Group and Listed races on a day that can really shape the rest of the Spring Carnival. Punters will also be greeted with a good track at Rosehill where there are three Group 2 races headlining the card including the Run To The Rose for the 3yos which is a key lead up race for the Group 1 Golden Rose in two weeks’ time.

SportChamps is the leading provider of fantasy horse racing tournaments and they offer a range of tournaments to suit all budgets. Their major tournaments are run on a Saturday with rebuy and no-rebuy options across the major metropolitan venues. This Saturday there is a $10,000 guaranteed tournament covering the metro meetings for $50 entry with 1 rebuy as well as a NO re-buy $10,000 guaranteed tournament covering the metro meetings. For those that are time-poor or are looking for an early win, they run consecutive hour-long tournaments across a range of races, spanning all 3 codes as they carry on later into the night.

We will kick things off in the opening event at Flemington where the stayers do battle over 2500m. As is generally the case Lloyd Williams has a big representation in these types of races at this time of the year and this is no different with four of his runners engaged. I am happy to side with one of them in Douglas Macarthur who comes off a last start 4th at Moonee Valley last week. On that occasion he was caught three wide the trip in a solidly run race and was still quite strong through the line. He was only second up then so should have improvement out of the run and the rise in distance should only be to his liking. He should be able to get a nice run close to the speed here for Ben Melham and I think he looks hard to beat. He is currently $7.00 with Neds. Another horse worth keeping on your side is the Lindsay Park trained Alfarris who comes off a last start 3rd at Caulfield in just a fair race. He was however held up at a crucial stage in that race and by the time he got clear running the winner was off and gone. I didn’t mind the way he finished off that race and has run well previously at Flemington in a stronger race than this. He is currently $10 with Sportsbet.

Up to Rosehill and Race 5 is the Dulcify Stakes for the 3yos over 1500m. It sees the return of the very promising Castelvecchio who is the early favourite however I would like to see him have a run before entertaining him as a betting option given his trials have looked only fair to my eye. I am happy to be with the Waterhouse & Bott trained Just Thinkin’ who comes off a last start win in a maiden at Warwick Farm. On that occasion he found the front and was far too good for his rivals. I think he can do similar here as there doesn’t look to be a huge amount of speed on paper. He has the services of gun front running jockey Tim Clark and the increase in distance from 1300m to 1500m should be to his liking. He should give a great sight in front and is currently $9.00 with PointsBet.

The fifth event on the card is the Group 2 Danehill Stakes down the straight over 1200m. The early favourite is Dalasan who comes off a last start win over the very smart Scales Of Justice at Morphettville. I think he deserves to be favourite but is just a bit short in the market currently for my liking. Given this I have zeroed in on a horse outside in the market in the Peter & Paul Snowden trained Strasbourg. He comes into this race first up after a successful Winter campaign in Brisbane but his recent trial and then jump out show that he is going well and looks very forward for this. He is drawn out a bit which I think will suit and is worth the gamble at $16 with Sportsbet. The other horse I want on my side is Sebrakate who will be ridden by Craig Williams. He was desperately unlucky last start at Caulfield behind Super Seth, and this looks a race that he can control from the front. He is already a dominant winner down the straight in easier class and this could be a case of right place at the right time. He is currently $8.00 with Neds.

Race 7 at Flemington is the feature event on the card, the Group 1 Makybe Diva Stakes over 1600m. The early market suggests this could be somewhat of a match race between Mystic Journey and Scales Of Justice and I tend to agree. Mystic Journey is the early favourite in betting and is likely to be giving Scales Of Justice a start but I think she is good enough to run him down. She was a soft winner first up of the Lawrence Stakes at Caulfield and this race looks a nice natural progression for her with about a month between runs. Her two runs over this course and distance have produced two wins in arguably the best performances of her career. She was a dominant winner of the Australian Guineas before sitting wide and easily winning the All-Star Mile. Most importantly on Saturday she will get the firm ground that she loves and providing she finds no traffic problems she can be too strong again. She is currently $2.30 with BetEasy but I would expect you will be able to get better closer to jump time.