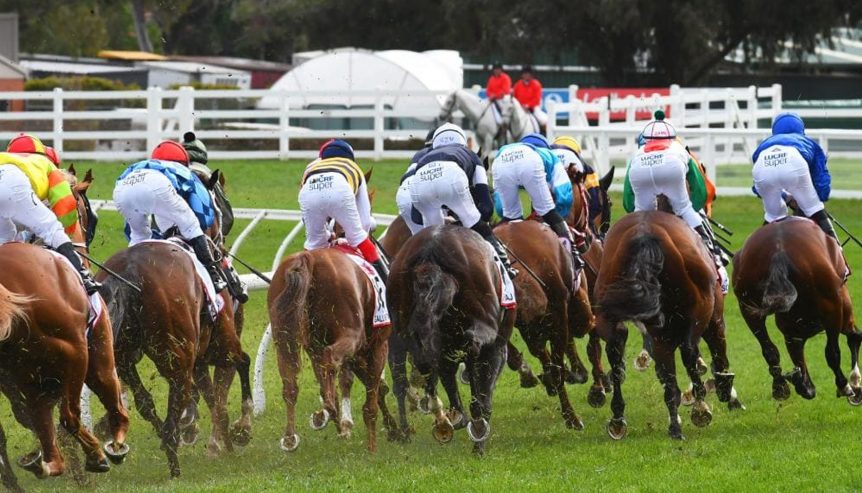 Another Saturday and another great days racing in both Melbourne and Sydney. Caulfield hosts racing in Melbourne where the Group 1 Sir Rupert Clarke Stakes is the feature. Despite some forecast rain on Saturday morning, it is expected that the track will still be in the Good range. I would expect the track to play relatively fair with runners getting away from the inside in the latter part of the card. Sydney has seen plenty of rain this week so wet trackers will be the order of the day as Randwick will be in the Heavy range. The Group 1 Colgate Optic White Stakes is the highlight where Sydney’s best weight-for-age horses do battle. The Group 2 Shorts featuring many Everest contenders and the Group 2 Tea Rose Stakes featuring boom filly Libertini are other highlights on the program.

SportChamps is the leading provider of fantasy horse racing tournaments and they offer a range of tournaments to suit all budgets. Their major tournaments are run on a Saturday with rebuy and no-rebuy options across the major metropolitan venues. This Saturday there is a $10,000 guaranteed tournament covering the metro meetings for $50 entry with 1 rebuy as well as a NO re-buy $10,000 guaranteed tournament covering the metro meetings. For those that are time-poor you can get on the “BET N GO” for a $5 entry. Or are looking for an early win, they run consecutive hour-long tournaments across a range of races, spanning all 3 codes as they carry on later into the night.

In an Exclusive Tournament - Daily Fantasy Rankings Readers can access our "BOOSTED TARGET" tournament on this Saturday!

We will kick things off in the fourth event at Caulfield where the mares clash over 1400m and it looks a race without a huge amount of pressure up front. For that reason, I am quite keen on the Chris Waller trained Haut Brion Her. She is drawn wide but looks the likely leader in the event and comes off a decent last start 2nd at Moonee Valley over 1200m behind the smart Tofane with a decent gap back to 3rd. On that occasion she appeared to have every chance however she was a bit awkward getting around the home turn and should be better for the experience the Melbourne way of going. The rise to 1400m shouldn’t be an issue as she is already a winner over that distance and gun jockey Damian Lane replaces Michael Poy in the saddle. She looks like one of the better bets on the program and is currently $2.60 with BetEasy.

Race 6 at Caulfield is the MRC Foundation Cup over 2000m. The winner of this race is exempt from ballot in next month’s Caulfield Cup so as you would expect it is quite a competitive affair. I have settled on the Lindsay Park trained Super Titus who comes off a last start win in the Heatherlie Handicap over 1700m at this track. On that occasion he was caught wide without cover on a day where there was a strong headwind but was still too good for his rivals. The rise to 2000m will be ideal at this stage of his preparation and he is drawn an inside gate for Craig Williams so shouldn’t be too far away in the run. He looks well setup to be in the finish and is currently $5.00 with BetEasy. Another horse from the Lindsay Park team that I will want on my side is Sikandarabad. Both runs back this time in have been good and that includes his last start 6th in the Feehan Stakes over 1600m at Moonee Valley. He was set an impossible task that day settling near last in a slowly run race but still ran well including the fastest last 200m of the meeting. The rise to 2000m looks ideal at this stage and he is a winner of both his third up runs since coming to Australia including over this course and distance last preparation. He can settle close to the speed and it’s hard to see him not being in the finish. He is currently $4.80 with PointsBet.

We head up to Randwick and the feature event of the day is the Group 1 Colgate Optic White Stakes, formerly the George Main Stakes. Many of these have been racing each other over the past month in the Winx Stakes and Chelmsford Stakes both won by Samadoubt. The Chelmsford was run on a track where there was a significant bias to those horses racing on the fence making it near impossible for horses sitting wide and making their runs wide. Given the rail being back in the true position and the likely Heavy track I would expect horses should be able to make their runs away from the fence and this should play into the hands of Avilius. He sat wide in the before mentioned Chelmsford and ran well to finish 2nd at a short price. He finds a much more forgiving track here and is unbeaten from two runs on heavy tracks. He looks the best bet on the card at Randwick and is $3.30 with Neds.

The final event on the card at Caulfield is for the sprinters over 1100m. It is quite an even bunch of horses with many of them having reached their mark. One horse who has a bit of scope and has a great first up record is the James Cummings trained Plague Stone. He comes into this first up and has had a sharp trial at Warwick Farm to get him ready for it. He is drawn wide and as mentioned earlier, I think this will be no disadvantage by this time of the day. He should be able to sit just off the speed for Damian Lane and find the best part of the track in the straight. He has experience at Caulfield having run well here as a 2yo and any rain that hits will only be to his liking. He looks like a good way to finish the day and is currently $3.60 with Sportsbet.