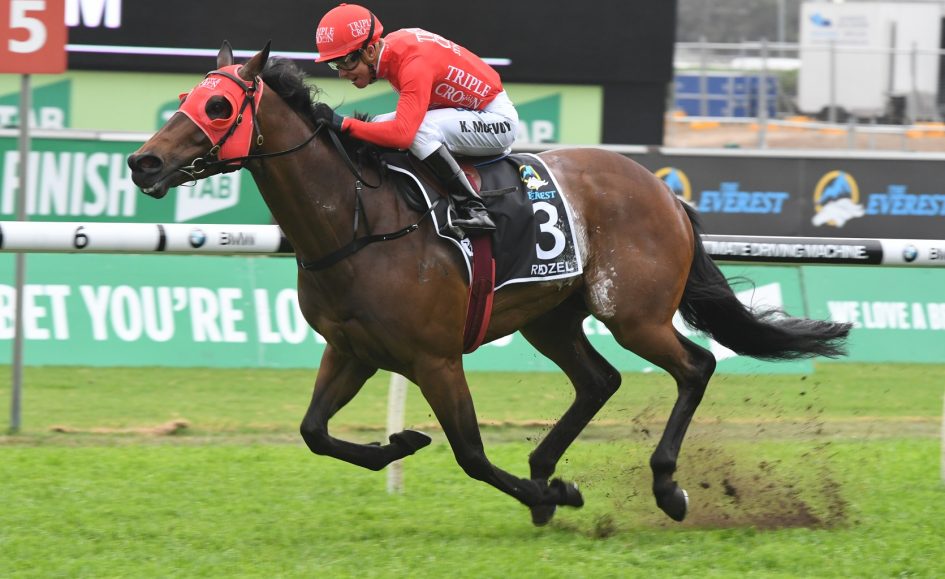 Saturday sees the final day of the Melbourne Cup Carnival at Flemington with the running of two Group 1 races. The sprinters will do battle down the straight in the VRC Sprint Classic whilst with no Winx to contend with the middle distance horses will face off in the Mackinnon Stakes. These two races are supported by a host of group and listed races to round out the week.

SportChamps have been the leading player throughout the spring and they do it all again on Stakes Day with a guaranteed $25,000 prize pool on their major Saturday contest featuring racing from Flemington and Rosehill. They also offer a couple of $5,000 Flemington only variants and their usual daily tournaments. TopBetta and Moneyball also run similar daily contests and are well worth checking out if you are particularly bullish on the day's racing.

Once again we look at the feature meeting at Flemington for our preview.

Race 2 is a good opportunity to build your bank with Lucky For All and Danon Roman looking like dominating here. They met each other last start where Lucky For All just got the better of Danon Roman but both look to have plenty of scope to go on to better things. Lucky For All is currently $2.70 with PointsBet whilst Danon Roman is $4.20 with Sportsbet.

Race 6 is the Matriarch Stakes for the mares over 2000m. It is a very open event on paper with many of these having this as a target race this Spring. The Tony McEvoy trained Temple Of Bel is the current favourite at $5.50 with Neds and looks a big chance following a slashing run last Saturday over the mile in the Empire Rose. She ran some great sectionals as she has done all prep and the rise to 2000m looks suitable at this stage. She is likely to be back in the field but the track should enable horses to come wide and run on. Her main danger looks to be Sheezdashing who comes off a last start unplaced effort in the Cranbourne Cup. On that occasion she sat wide and made good ground late in a race that was dominated by those on pace and close to the fence. She gets back to her home track here and has a great finishing burst off the right run. She is currently $7.50 with BetEasy.

The VRC Sprint Classic is Race 7 on the program and looks about as good a field as you could assemble for such a race at the moment. The Snowden trained Redzel is currently the favourite at $4.80 with Sportsbet and he looks a good play in the race. He is coming off a last start win in the Everest, the same program he used before winning this race last year. Drawn in barrier 8, Melbourne Cup winning jockey Kerrin McEvoy should be able to plot his course to the best ground down the straight and take plenty of running down. The Anthony Freedman trained Santa Ana Lane looks one of the main dangers after a last start unplaced effort in the Everest. He made ground on a track where it was hard to do so that day and has had a very sharp jumpout down the straight since to fine tune him for this. He is currently $10 with Neds.

Race 8 is the Mackinnon Stakes and the Charlie Appleby trained Blair House will go into the race as a short priced favourite and deservedly so. He is coming off a last start 2nd to Benbatl only going down by a narrow margin. Benbatl has since ran 2nd in the Cox Plate to Winx in what was a great effort. This looks an easier race and jockey William Buick should be able to get Blair House into a great position close to the speed. He is currently $2.30 with BetEasy and looks a good banker for the day.