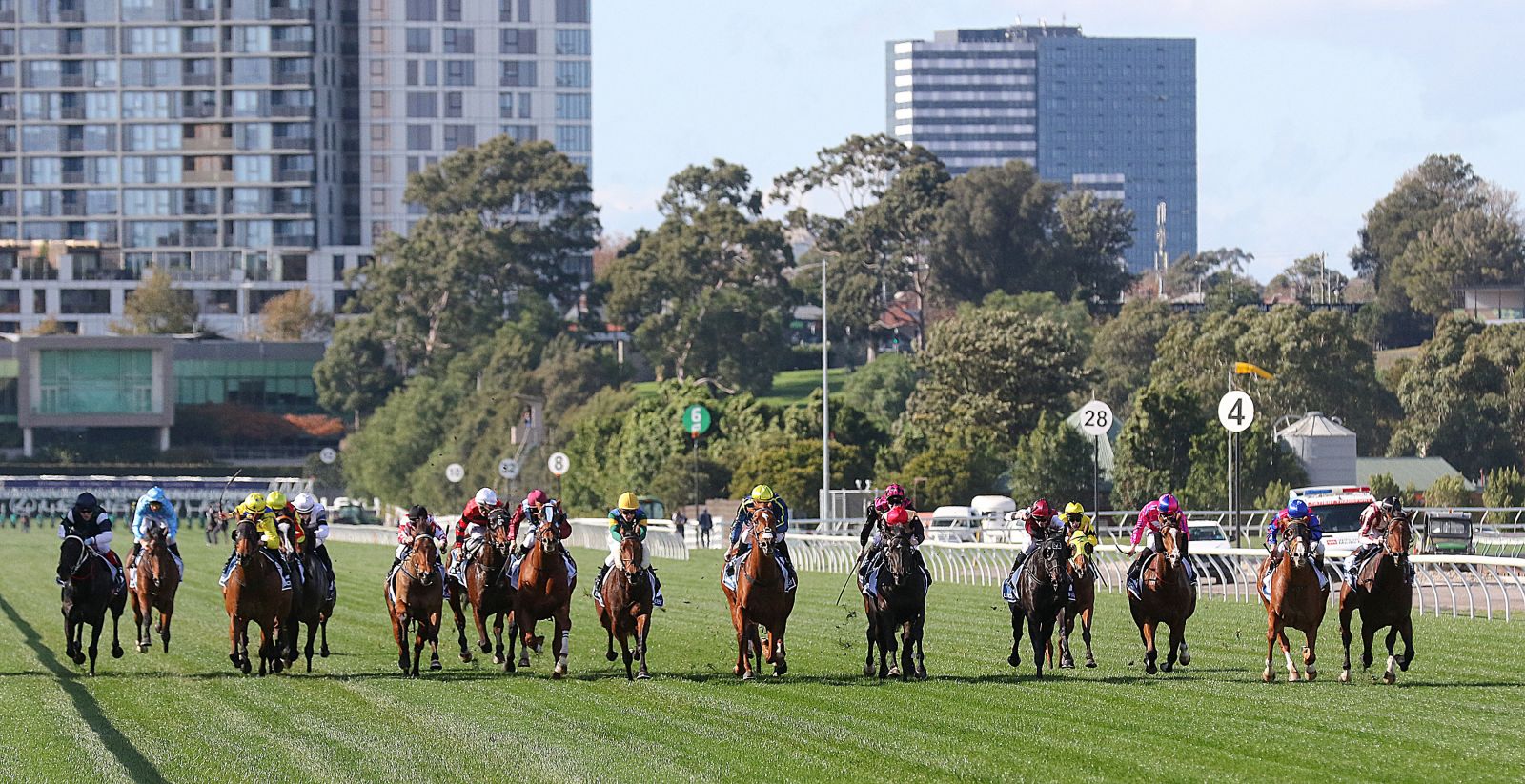 Racing is at Caulfield on Wednesday for the middle day of the Caulfield Cup Carnival. The meeting is a step down from the high quality of Saturdays Guineas meeting but there are still 8 winners to be found and some good racing headlined by the Group 3 Blue Sapphire Stakes for the 3yos over 1200m. The rail moves out to the 10 metre position after being in the true on Saturday which should mean there is relatively fresh ground for all runners. There is some rain forecast for race day so it is worth keeping an eye out for that as the current Good track could end up into the Soft range. If the rain does hit it wouldn’t be a shock to see the fence go off in the later part of the program.

SportChamps is the leading provider of fantasy horse racing tournaments and they offer a range of tournaments to suit all budgets. On Wednesday SportChamps have posted $10,000 guaranteed tournament for a $50 entry that covers Caulfield and other tracks on Wednesday.

We will kick things off in the second event over 2000m and I’m quite keen on the Price & Kent trained Tavistock Dancer who has been a bit costly for punters this preparation but looks to have found a suitable race here. He comes off a last start 3rd at Mornington on AFL Grand Final Day over 2000m where he settled out the back in a slowly run race and was unable to reel in the first two home. He had to come very wide on the home turn but finished off nicely in the 9th fastest last 200m of the day. Damien Oliver sticks and he should get a tempo more to his liking here as well as a more sympathetic track for those running on out wide. He looks hard to hold out and is currently $3.50 with BetEasy.

The fourth event on the card is for the 3yos over 1600m and many of these may have ambitions of reaching a Victoria Derby in a few weeks’ time. I am going to side with Serious Liaison here to be ridden by Damien Oliver and trained by Danny O’Brien, a combination that has had plenty of success in recent times. He comes off a last start 4th at Flemington in the Victoria Derby Trial where he didn’t get a lot of room in the straight and was a touch unlucky. He drops back from 1800m to 1600m which I don’t think is an issue and he maps to get a nice run just off the leading pack. He is presently $4.40 with PointsBet.

Race 5 is a BM84 over 1400m and there is plenty of exposed form here. I am going to look to the race at Moonee Valley won by Lagerfeld as the main form reference here and settle on Amadeus from the Mick Kent stable. On that occasion I thought he was clearly the best run of three horses that are reappearing here after getting caught wide with no cover on a fast speed and having to chase from a fair way out. He looks like getting a nice run on speed here in a race with not much pressure and his form around this distance range is excellent. Craig Williams retains the ride and he looks one of the best bets of the day at $4.50 with Sportsbet.

The penultimate race on the program is the feature, the Group 3 Blue Sapphire Stakes for 3yos. As the market suggests it’s a very competitive race with plenty of chances. The early favourite is Exhilarates from the James Cummings yard and there is no doubt she has a great chance having been a dominant winner here first up and racing well in her subsequent two runs. I am however going to settle on the Richard Laming trained Condo’s Express who has gone to a new level since the blinkers went on, winning his last two starts in impressive fashion. He has had a little break since his last run but has trialled well recently and should be ready to run a big race. Ben Melham gets into the saddle and he should find a great spot just off the leaders from barrier 4. Any rain that does hit Caulfield shouldn’t cause any issues and he looks a nice play at the $6.00 with Neds.