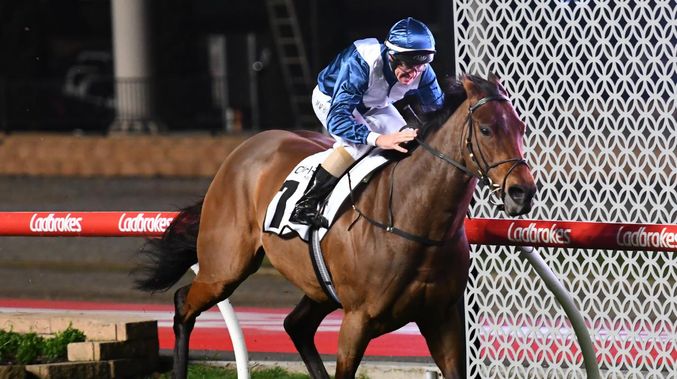 Western Australia holds the racing focus of the nation again with their carnival in full swing, this time highlighted by the WFA Group 1 Winterbottom Stakes. Once again it is SportChamps who has the focus of the nation’s horse racing tournament players as they serve up a pair of $7,500 guaranteed tournaments on the metropolitan meetings – one with rebuys and one without – as well as specific Ascot tournaments that push later into the evening. Moneyball and TopBetta will also serve up their daily offering in what has become a very consistent weekly schedule for tournament lovers to sink their teeth into.

Tournament players can get away to a fast start for the day with a Chris Waller trained 2yo in Race 1 at Rosehill called Krameric. After showing a good deal of promise at the trials he attacked the line on debut to be placed in the Breeders Plate. He looks to have come on after a short break with an impressive trial showing and has race experience over many of his rivals. The 1100m will suit and at odds of $4.20 at Pointsbet he may give you the jump on your opposition early.

Race 6 at Moonee Valley presents a very open 1000m race where the favourite Grey Shadow has drawn wide which makes her vulnerable. This opens up some value playing around her and Queen Annabel is one who appeals at odds of $7.50 with Sportsbet. She was very impressive first up at Cranbourne when she ran very good time and clearly relishes this sprinting trip. She draws for a beautiful trail and should be right in the finish with luck at the right time. Those looking to bet up against the favourite might also look at Fill The Flute, who loves the 1000m trip and comes here in red hot form having won her past three starts. She has drawn the outside gate but potentially has the speed to get across and could prove hard to run down if she gets there. The $7 on Neds looks fair odds for a horse with her profile.

My Nordic Hero caught the eye first up at Rosehill a fortnight ago and shapes as a nice bet in Race 6 at Rosehill, the Festival Stakes at 4:20pm. His last 600m was the fastest of the day there and the extra 100m looks ideal off that effort. Hugh Bowman takes the ride now and wet ground won’t be an issue. There has been good support for him in early betting but the $4.20 available on BetEasy still seems very fair.

The highlight of the day is race 7 at Ascot, the Group 1 Winterbottom Stakes run over 1200m at 7:50pm AEDT. The class runner of this field is Viddora, a highly talented South Australian mare who produced the best performance of her career two starts ago when she won the Group 1 Moir Stakes at Moonee Valley. She won this race last year off a similar freshen up and has gone to a new level this prep when she has avoided soft ground. She draws for an ideal run just off the speed and if she runs to her best she should be winning. Her price of $2.70 with Sportsbet looks more than reasonable.