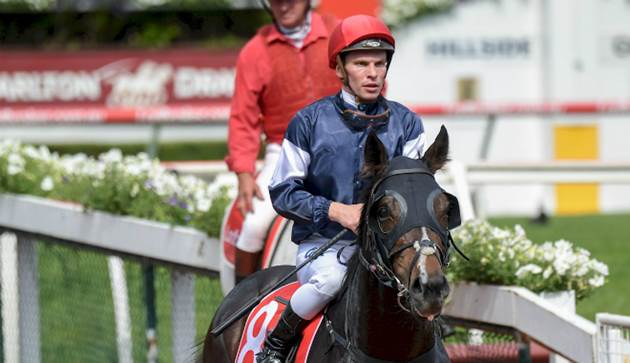 After a big Melbourne Cup week racing moves on to Sandown this week with the official close of the Spring Carnival. It is card full of black type races with many of the runners looking for some feature race success at the end of a long Spring preparation. The feature events on the big 10 race card are the Zipping Classic over 2400m for the stayers and the 1600m Sandown Guineas for the 3yos both run at Group 2 level.

SportChamps are once again offering the biggest guaranteed prize for the weekend with a pair of $10,000 tournaments - one without re-buys - running across all four metropolitan venues on Saturday - Sandown, Rosehill, Doomben and Morphettville. Combine that with their regular tournaments and the usual fare on offer at TopBetta and Moneyball and you have a multitude of options to put your horse racing tournament skills to the test.

Race 5 is the Kevin Heffernan Stakes for the sprinters and the Patrick Payne trained Chamois Road looks well placed. He is a very honest horse who rarely runs a bad race and should be able to get into a nice spot on the speed here. He comes off a last start 2nd to the flying Runson in track record time at Moonee Valley in what was his first run for over 2 months. He should take improvement out of that run and be hard to beat here. He is currently priced at $7.00 with Sportsbet.

The Sandown Guineas is Race 7 on the program and is the meeting of a few different form lines. The value in the race seems to lie with those coming through the Carbine Club Stakes at Flemington behind Ranier. Secret Blaze and Zoutouri both didnt receive the clearest of runs in that race and look well placed here. Both have only had three runs this prep so should still have something in the tank. Secret Blaze is currently $8.00 with Sportsbet whilst Zoutouri is $11.00 with Neds. If you are looking to spread your bets a bit wider then you can also include the Tony McEvoy trained Scottish Rogue who is looks to get a soft run in front in this race after just going down to race favourite Ringerdingding last week. Scottish Rogue is currently $8.50 with PointsBet.

The Zipping Classic is Race 8 on the card and the Lloyd Williams owned The Taj Mahal looks very hard to beat. He comes off a last start 9th in the Moonee Valley Cup however on that occasion he was caught wide for the trip and weakened late. The stable love to win this race and no doubt would have had this raced earmarked for the horse after the Moonee Valley performance. He should be able to roll forward and lead and really control the race, something he did when winning this race last year. He is currently $4.20 with BetEasy.

Race 9 is the Doveton Stakes for the speedsters over 1000m. The Snowden trained Speeding To Win looks well placed to add to his impressive short course record. There looks be plenty of speed here that he can just sit off and he tends to perform well in that situation. He has been kept fresh for this having not raced since winning at Caulfield in late September where he defeated the impressive Eduardo. He is currently $6.50 with Sportsbet. Invincible Al is another who looks well placed in the race coming off a fast finishing 3rd at Moonee Valley on a track that wasn't suiting his get back racing style. On that occasion he ran the best late sectionals of the day and he should find a track more forgiving to his style of racing on Saturday. He is $10.00 with Sportsbet.