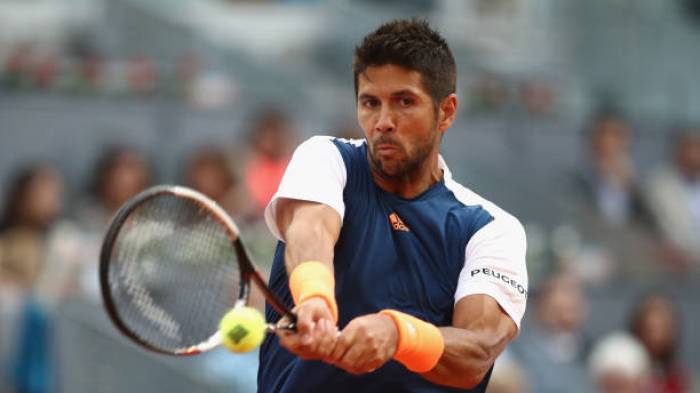 Welcome to the Day 4 preview for DraftKings.  The day 3 preview is still pending due to rain, however it was disappointing that Lin Zhu was unable to capitalise on a solid start against Madison Keys.

Today’s team looks to be a touch more even, trying to steer away from the need for more than one player with a salary below $7,000. There is one low salary player that certainly falls into the category of genuine upset chance for today.

Denis was an absolute class above in his first round match against Felix Auger-Aliassime, and the addition of Mikhail Youzhny to the staffing looks to have paid off handsomely in the short term. He should have far too much for Henri Laaksonen, who struggled to finish off in his 5-set encounter in the first round against Cecchinato. If Shapovalov can maintain a similar level to his first round, this has the makings of a one-sided adventure.

If the court speed is as slow as suggested, it not only helps Pablo Andujar but also his opponent today in Lorenzo Sonego. Sonego looked the best in Antalya earlier in the season, with conditions there over 40 degrees consistently, so the increase in temperature that is expected on Day 4 shouldn’t cause the Italian too much concern. I wouldn’t read too much into Anujar’s first round win over Edmund, with the Brit still hampered by injury in a disappointing 2019.

One of the players I have on upset alert today is Chung. Coming off such little tennis, Chung struggled as a heavy favourite against Escobedo in the first round, requiring 5 sets to get the job done. Verdasco can maintain a relatively solid level for long periods, and is by far the best player Chung has faced on the comeback trail. Worth a shot at the salary today.

The Belgian shouldn’t have too much trouble against the Pliskova of the Kristyna variety today, as she looked very solid in her opening round against Teichmann. Mertens has only lost to Svitolina and Serena Williams over the last two tournaments, and I do feel as though she is rounding into some pretty decent form. On a medium-slow hardcourt, Mertens should be too good for Pliskova, as she was in Doha earlier in the year.

I haven’t seen enough consistency in the tennis from Babos recently to consider her a significant threat to Gauff today, as the young American did a fantastic job of coming back from a set down against Potapova in the first round. Shouldn’t be too phased by the occasion under the lights, and looks a very solid salary for what could be a nice score if she clicks into gear early.

If the Aussie can maintain the level we saw from her in the latter parts of her match with Bouzkova, then we could be in for an upset today. Of those below the $6,500 salary, I would put her as the best value currently. Kontaveit can run hot and cold, and looks a touch overrated here off a simple round one win. 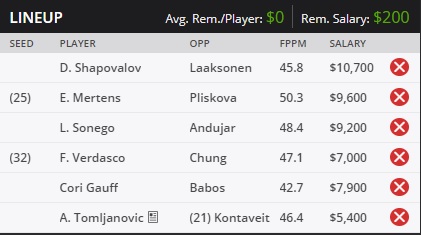