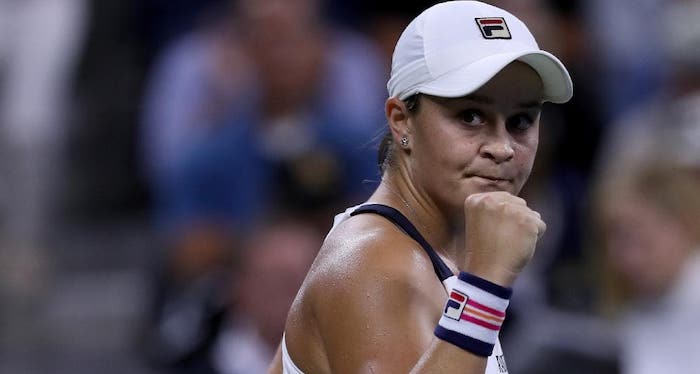 The upsets have certainly flowed at times during the first four days of the tournament, and they haven’t hit in the right spots for any significant success through the first two rounds.

Today presents a really interesting mix of players and with the possibility of some upsets on the cards, and hopefully the one low-salary choice can fit into that category today.

Coming off consecutive 5 set matches, Lorenzi will likely struggle here in my opinion. Wawrinka with too much power and class on this type of hardcourt to find himself lulled into a long match like Kecmanovic found yesterday.

Dimitrov is coming off a walkover victory over Coric, and Majchrzak coming off a 5 set match in the heat of the day yesterday. I know where my preference lies in this match. Dimitrov can extend points out if necessary and grind Kamil into the ground today.

Flying under the radar at this tournament, which is just the way she would like it to be honest. Very solid build-up form and wins through the first two rounds. Unless Yastremska is able to redline her best level of tennis for an extended period, I have Svitolina progressing in the battle of the Ukrainians.

She has started strong in her quest to defend as many of her 2018 semi-final points as possible. Martic hasn’t impressed me over the last couple of months, and I feel as though the Spaniard is sitting at a nice salary to make her value when formulating a team. Expected mid to high 8,000’s.

Seems to have the edge on Sakkari given their head to head. Barty was able to have the extra day of rest, whilst Sakkari played three sets of tennis against Peng. Barty has won both battles on hardcourt this year, with the recent meeting in Cincinnati ending 5-7 6-2 6-0. More composed at this level and should be too good again for Sakkari.

Handled the conditions incredibly well yesterday, coming from a set down against Nishioka to claim victory. Earned nearly 30 break point opportunities against Nishioka, and given Medvedev was cramping midway through set 3, and these two are backing up again to play today on night session, where it will be a touch more humid, then Lopez is a chance in my opinion. Slice backhand will match-up well, as will the ability to come into the net. 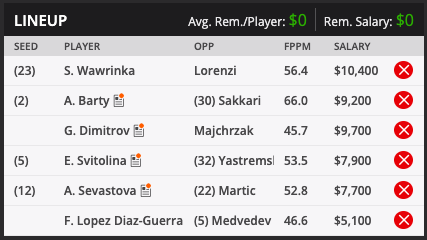