The Draftstars “Biggest Bash” qualifiers continue to fill up each day until the 85 seats for the Biggest Bash Live Final, where $150,000 will be on the line, are all taken.

This week we saw Shaun O’Neill, or as he is known in the DFS universe, THE_BEARD, beat out 1105 entries in the BBL $150K Final Qualifier - Renegades v Strikers to win his seat to the live final where he will fight it out for the $50,000 first prize!

THE_BEARD hails from New Zealand originally but now calls Sydney his home and when he isn’t taking down DFS contests he is working as a recruitment consultant for a software development company.

His path to daily fantasy sports is similar to most of us Australian players in that he cut his teeth playing season long contests in EPL and NRL before finding out about daily fantasy and becoming immediately hooked. His favourite thing about it is adding that extra interest to watching sport on a daily basis.

The day of the qualifier he had already been running hot winning that days $2 NBA mini after which “I stayed at the pub with my girlfriend and put my 3 teams in the qualifier there without a lot of research.” Talk about where all great Australian DFS teams are built! 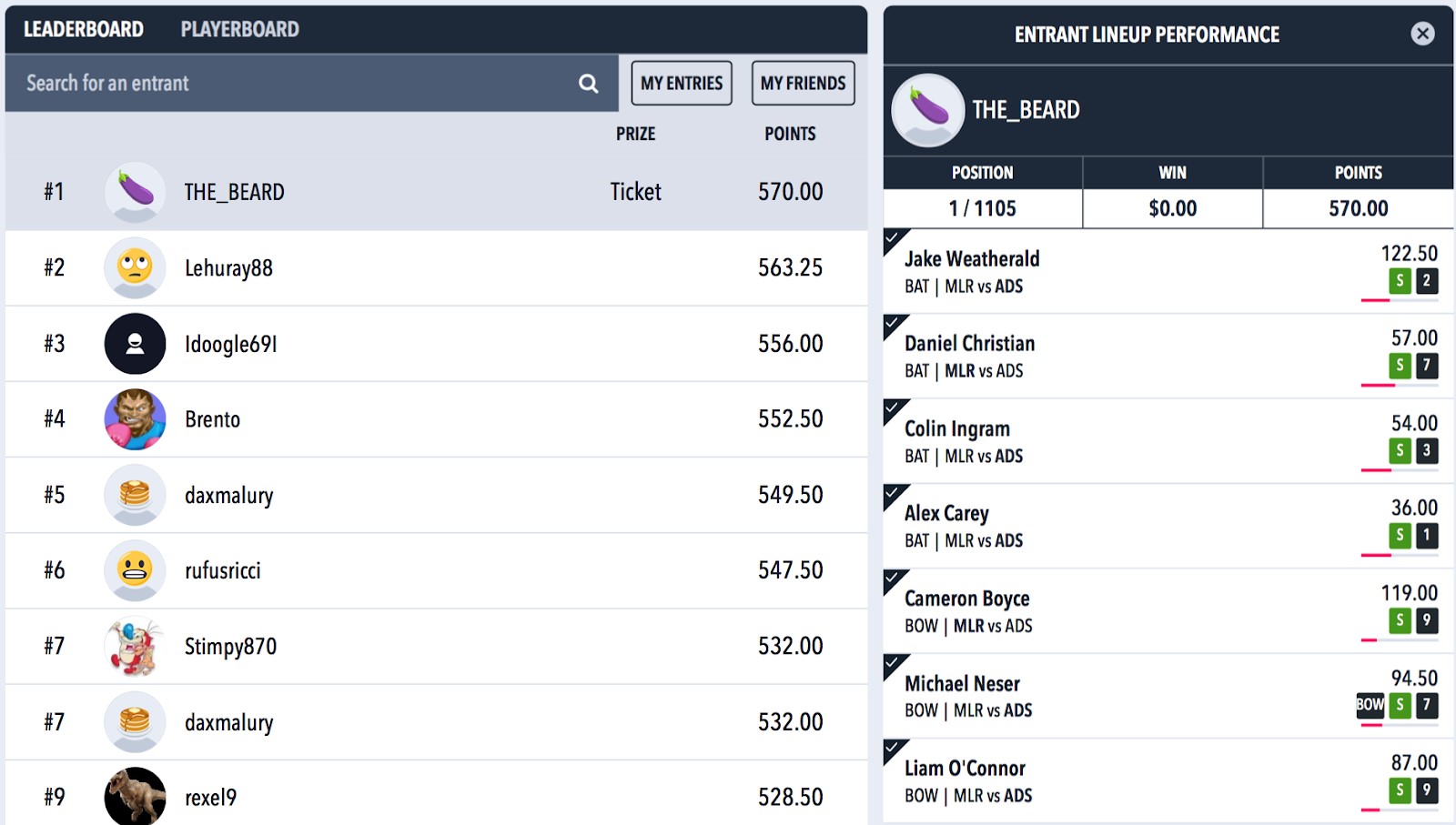 When talking about his key plays on this slate Shaun points out that “While Jake Weatherald and Cameron Boyce were my highest scorers the key to the construction of my winning side was playing Liam O’Connor at $8,000 which allowed me to fit those two in. In addition fading Rashid Khan, while risky, also paid off.” 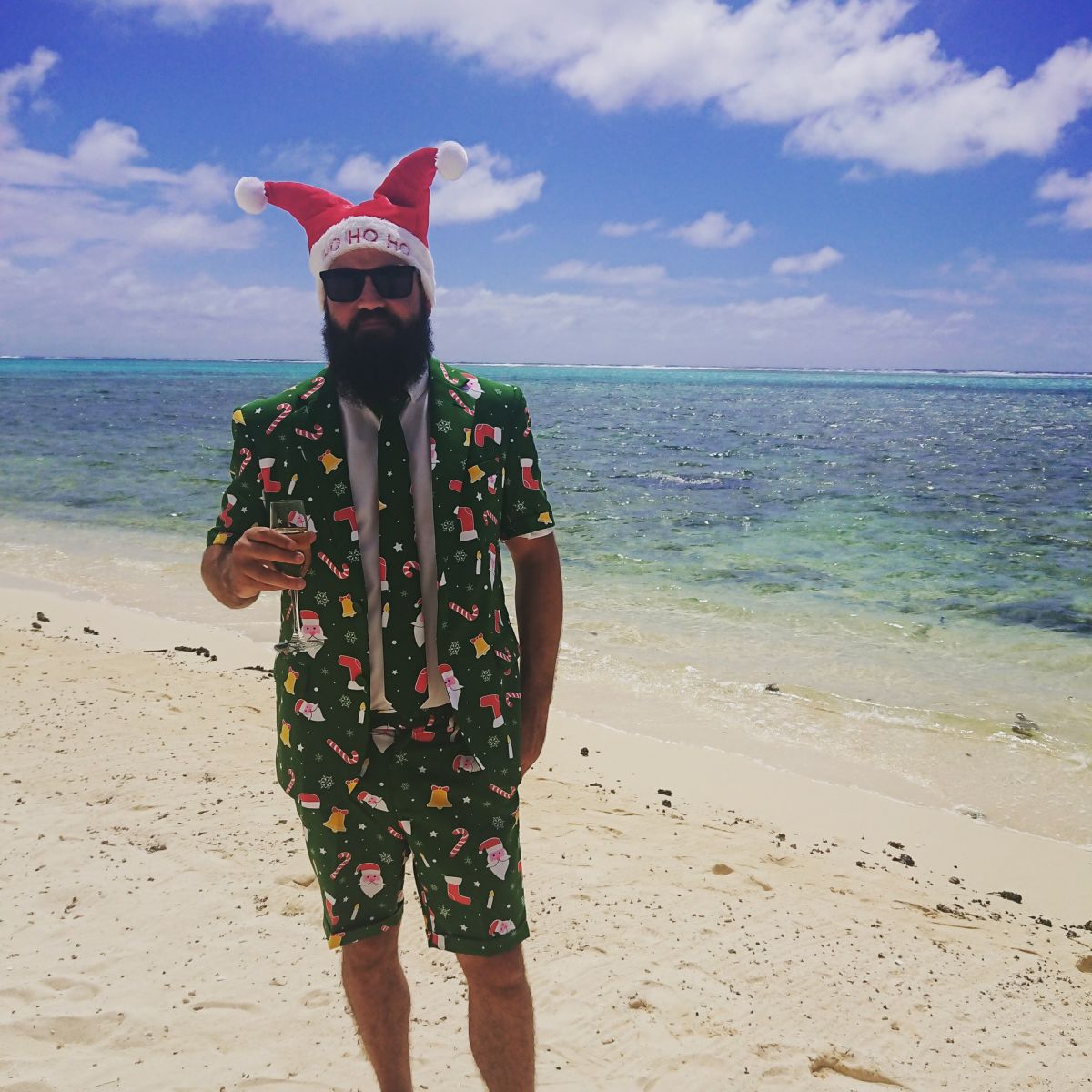 We asked Shaun how he handled the sweat and as we all do with our biggest wins he waxed poetically about the end of the game:

“I got back from the pub in time for the second innings and jumped online to see that I was in 7th position. I thought I was going to be overtaken in the last few overs of the match and sure enough I did fall to 2nd spot with things looking all but over. But luckily Neser was brought on to bowl the last over and he was a point of difference from those teams around me in 1st, 3rd and 4th.

At this point I pretty much figured if he took a wicket I would be home, while knowing that Webster was still batting and chipping away at my total. On the second ball of the final over Webster was caught and I was jumping about my lounge room thinking I had the contest in the bag… Until I saw Khan took the catch!!

I jumped on the laptop and was furiously refreshing waiting for scores to update, which was the ultimate sweat. The final few balls were uneventful and when it was all said and done I had won by 6.75 runs to Lehuray88.”

Shaun’s girlfriend has little interest in attending a DFS live final so his plus one will be fellow Draftstars regular Parks!

Shaun, congratulations from everyone here at Daily Fantasy Rankings and we look forward to seeing you at the Draftstars “Biggest Bash” Live Final on February 17!

Want to join Shaun at Club 23, playing for a share of $150,000? Check out our full run down of the “Biggest Bash” contest and start playing the $2 qualifying tournaments running on every home and away match of the BBL08 season on Draftstars!