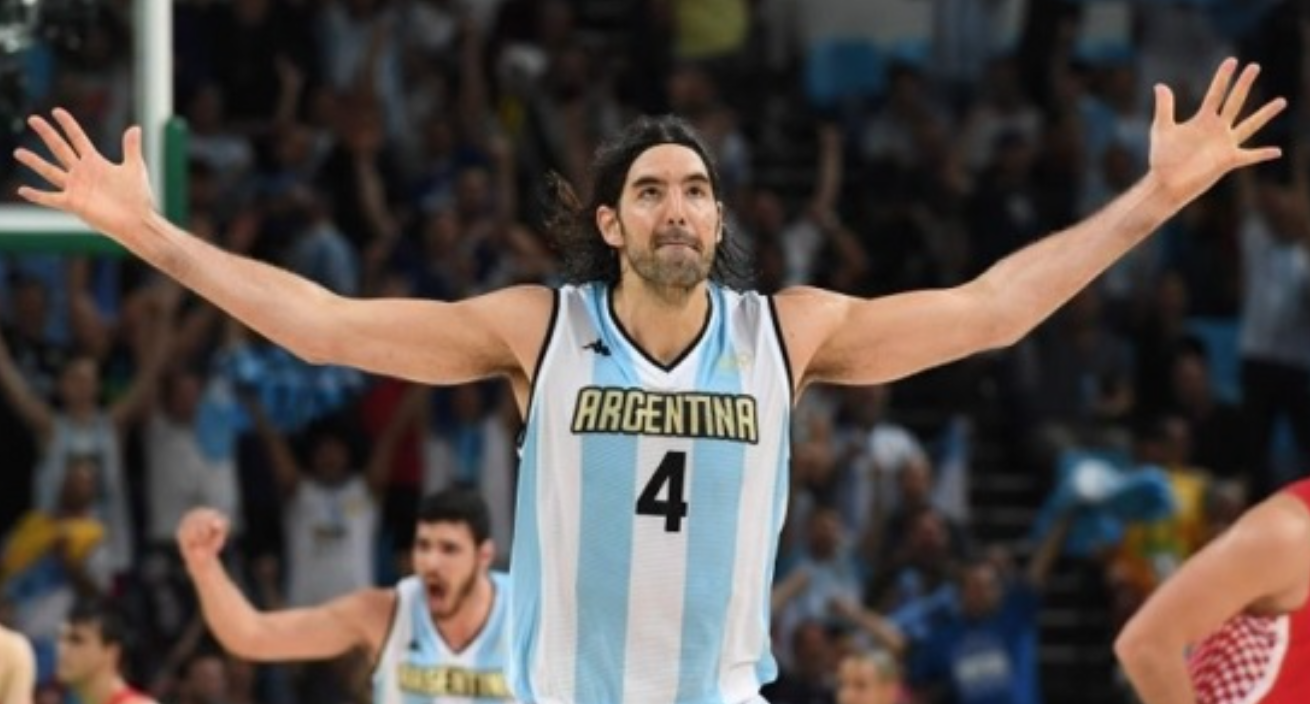 For those of us getting NBA withdrawals as we are now deep into the off season the FIBA World Cup could not come at a better time. Fortunately for us daily fantasy heads DraftKings are also putting on DFS tournaments for the occasion. The World Cup kicks off in China this Saturday, with tip off in the first DFS contests at 9:30pm Australian Eastern Standard Time.

The major competitions on offer include:

There is a 3 game slate on offer for day one of the tournament and it is going to be hard to stay away from the blowouts with all three games featuring a line of 18 points or higher. Spain are one of the teams expected to contend for the cup and are the heaviest favourites on the slate at a whopping 27 points over Tunisia. Despite this, however, that game is also expected to have the slowest pace on the card, with the lowest game total set at just 147.5 points.

The juiciest matchup to attack on the slate is Argentina vs South Korea, featuring the highest game total at 169.5 points, but still a huge line with Argentia favoured by 20.5 points. A crucial aspect when building your lineups in these gam scenarios will be finding players off the bench who are likely to contribute if there is significant garbage time.

Makram Ben Romdhane ($4,700)... let’s test the strength of these contests. At this stage this feels like the top value play on the board with Makram averaging 11.8 points and 6.4 rebounds from 24 minutes through the African Qualifiers. He has followed that up with strong performances in the lead up games posting 25 points and 17 points in their last two contests. He was also a huge part of their 2017 AfroBasket campaign averaging a double double with 11.7 points and 10.5 rebounds. If he can come close to this level of output he will be a home run at this price point.

Andray Blatche ($6,000) is my lock and load play of the slate. Unfortunately the Philippines are far more likely to make news in this tournament through physical controversy than actual success on the court. To gauge exactly where they are at it is worth highlighting that during the lead up matches they were beaten an Australian National Basketball League team, the Adelaide 36ers. But all that means is monster usage for Andray Blatche “Fool” who stands out on this squad as a player with NBA pedigree. Blatche will once again have all the usage he wants on this team, during the 2014 World Cup he averaged 21.2 points and 13.8 rebounds through 5 group stage games. During the lead up games, while notably against pedestrian competition, Blatche continued to pour on the stats averaging 16.5 points, 12 rebounds and 7 assists in 2 games against the 36ers, while also posting an 18 point 18 round game against 32nd ranked Cote d’Ivoire.

Luis Scola ($9,600) at 39 years of age still factors to be the centerpiece of an Argentinian team that will be hoping to medal. Scola averaged 19.5 points and 8.5 rebounds at the last FIBA World Cup and backed this up with 14.8 points and 8.3 rebounds in the 2016 Olympics. It is likely that star lead guard Facundo Campazzo is going to miss the opening game with an ankle injury, which should only increase Scola’s usage rate. In their last lead up game before the tournament Scola showed his age was not yet slowing him down posting a massive 24 points and 9 rebounds against Spain.

Salah Mejri ($6,600)... going out on a limb here. For this tournament Mejri is going to be an elite play if he stays in this price range. I’d expect him to have high ownership on this slate as he is going to play around 35 plus minutes with Tunisia running an exceptionally short rotation. He also has shown the capability to put up fantasy numbers when given the opportunity at the NBA level, and he is the number 1 target on his national team. However, on this very first slate he matches up against one of the best defensive big men of this generation in Marc Gasol. Gasol presents the perfect matchup for Mejri in that they are both big slow paced big men and this looks to be the perfect opportunity to get the jump on a field who most likely be piling into this play. 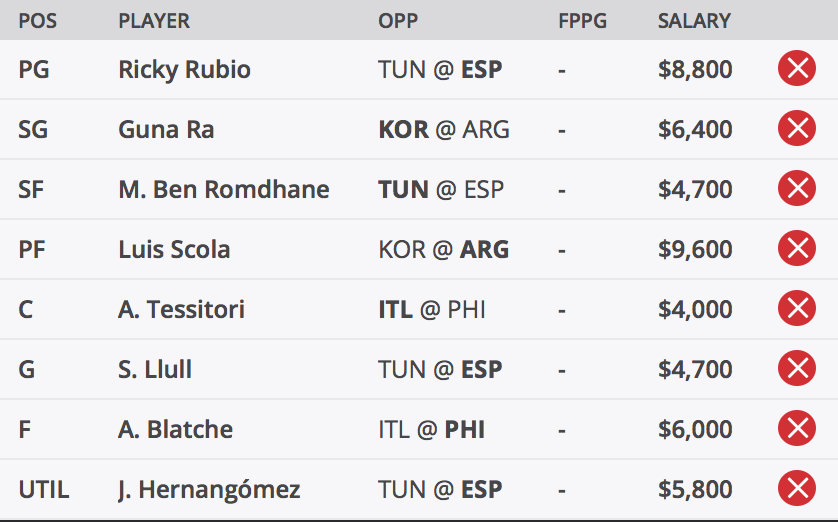