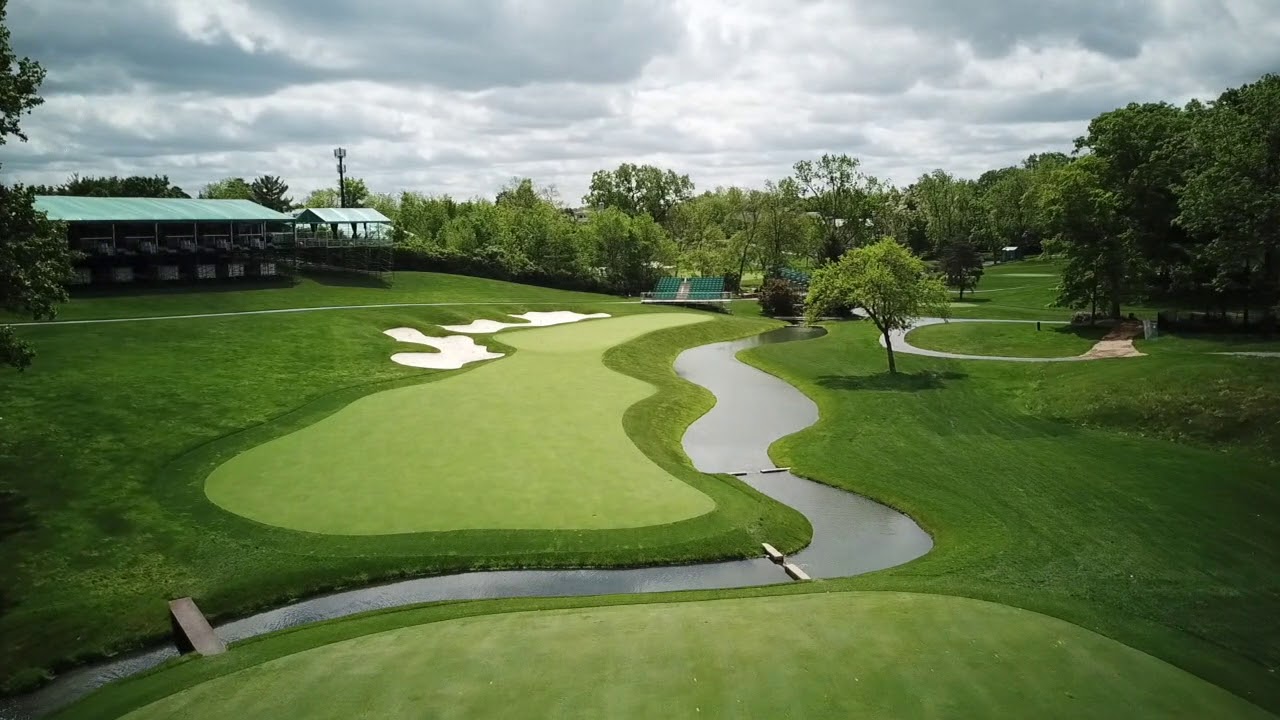 The Memorial Tournament is played at Muirfield Village Golf Club, which is a Par 72 that measures 7,392 yards in Dublin, Ohio. A Jack Nicklaus design that is meant to bring all golfers into the fold. We’ve seen shorter, accurate hitters win here and we’ve also seen the long hitters win here as well. Like the Colonial last week, Muirhead is a classical golf course with tree-lined fairways, water in play on 11 holes, and undulating bentgrass greens. Even though the width of these fairways are similar to Colonial, we'll see more drivers being hit this week.

You don’t necessarily have to be an accuracy specialist, you just can’t be too far off the mark. The four Par 5’s are the target this week, but the remainder of the course is akin to a shot-making approach player. A greens in regulation player is the key this week.

Being an invitational event, 120 Golfers are in the field which you will see some cheaper salaries due to the strength of the field this week. The cut is still 70 after two rounds. So like last week, getting your lineups through the weekend is necessary here.

Speaking of last week... Out of the top 12 golfers at the Charles Schwab on the slate only two made top 10, three made the weekend and were 50th or worse, five missed the cut and two withdrew! I think this will play out a little differently this week with a great field headlined by Tiger Woods.

According to Rotogrinders.com we need to take into account this weeks statistics:

3) Strokes Gained Off the Tee

4) Strokes Gained Around the Green

Let’s have a look at this week's picks for the Memorial!

Rory McIlroy ($11,500 DK / $22,250 DS / $9,200 MB) - With so much value this week we can target the top end of town and target the number 1 golfer on the slate. McIlroy has finished 15th, 4th, and 8th in his last three trips to this event, and he currently ranks inside the top 20 in both ball striking and par five scoring. Against the field this week McIlroy is 1st for SG Tee to Green, 9th for SG Approach and 8th in the field for Bogey avoidance. US open around the corner means we will have a sharp McIlroy this week.

Patrick Cantlay ($10,200 DK / $19,820 DS / $8,200 MB) - If it wasn’t for the high price tag on Draftkings this week, I would be all over Cantlay this week. This year when Cantlay makes the cut (which stands at 8/10), Cantlay either finishes 15th or better. Finished 4th in the event last year and is really being talked up as the potential winner this week. 4th for the field in Strokes Gained off the tee and number one in the field for Bogey avoidance. Great price on Draftstars which will inflate his ownership though.

Matt Kuchar ($9,400 DK / $17,610 DS / $7,500 MB) - Kuchar won the Memorial in 2013 and has recorded top-five finishes in two of his last three starts on the Jack Nicklaus-designed layout. In addition to his strong course history, 'Kuch' is leading the FedEx standings and is fresh off a top-10 outing at the PGA Championship. 5th in the field for Strokes gaines on approach and second in the field for bogey avoidance. Super cheap on Draftstars and will be locked and loaded this week.

Joost Luiten ($6,500 DK / $10,600 DS / $5,200 MB) - Luiten ranks number 1 in Greens In Regulation, 2nd in Off The Tee, and 11th in Bogey Avoidance on the EURO tour this season. Luiten made the cut at the PGA championship and was T8 at the British Masters. Joost is the highest ranked golfer (OWGR) in this price range (73rd in the world) and is a great salary on both Draftkings and Draftstars.

David Lipsky ($6,200 DK / $9,060 DS / $5,000 MB) - Lipsky who is also on the EURO tour is currently ranks 16th in Approach and 21st Around The Green for the field this week. Did also make the cut for the PGA championship although for a high finish but impressive T5 at the Hassan Trophy and 5th at the Volvo China Open. Ridiculous cheap price for a field that is only 120 strong.

Jordan Spieth ($9,900 DK / $18,620 DS / $7,900 MB) - Spieth had a great Charles Schwab tournament on the back of a putter that was draining bombs from deep everywhere. We know these bombs are not sustainable and we cannot trust Spieth to continue the form with the flat stick. 100th in the field for Strokes gained off the Tee and 72nd in the field for Strokes gained on approach. Good on him for contending again but not for me this week.