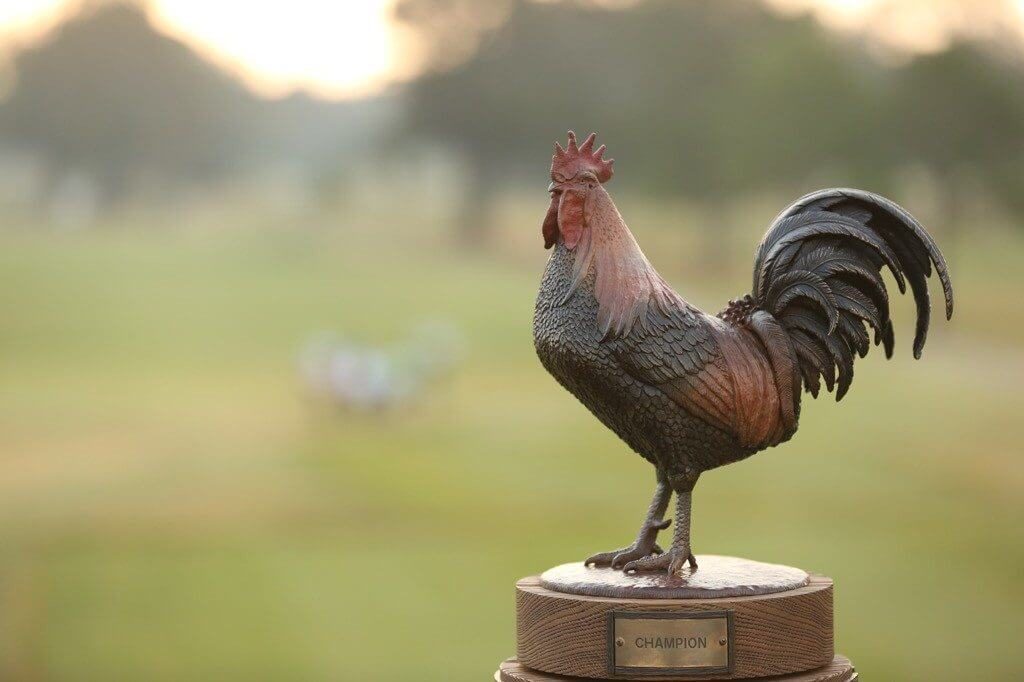 The second tournament of the new 2019-2020 PGA Tour season is at the Country Club of Jackson in Mississippi for the Sanderson Farms Championship. The Par 72 7,460 yards course is a long and flat course that will be played in steamy conditions of high temperatures and humidity. The course has Bermuda greens which vary in size throughout. History tells us that great putters do well at Jackson along with ball strikers as the course is actually 10%+ harder to hit fairways compared to the Tour average. The length of the course comes from the long par 5s which all measure over 550 yards; the 5th hole alone is 612 yards long. Unlike last weeks Greenbrier which was a “Wedge Fest”, this course will see more approach shots either from 200+ yards out or from 125-150 yards.

A full field of 156 golfers will tee it up at Jackson. It is again a weaker field, as the majority of the big guns are still on holidays or over at the BMW Championship in Wentworth (England). Last week’s winner in Joaquin Niemann is here along with Top 50 players in Cameron Smith, Brandt Snedeker and Byeong Hun An. Also in the field are the Korn Ferry graduates minus a couple and a variety of 'grinders' who are looking to make inroads into this new season.

Just a reminder, there's a new rule for the 19-20 season that sees the new cut being just 65 golfers plus ties. Last week we saw teams on DraftKings and Draftstars doing quite well with 5 out of 6 golfers getting through, but most have the winner in Joaquin Niemann to thank as he was 50% owned. If you can get 6 out 6 golfers through the cut this season, then you are going to have a nice weekend!

According to rotogrinders.com this week’s key statistics include:

For this 'Swing Season', i'm going to be posting suggested lineups and expand on these selections each week. As a disclaimer, I like to play around 3-5 lineups for DFS golf and these teams will be one of them. I’ll keep a tally on whether these made a return over the next couple of months. Hopefully make some pocket money if I want to head to the President’s Cup in Melbourne!

So, we started with a bang on Draftstars even with Kristoffer Ventura not making the weekend. We still managed to get the winner in Niemann along with high finishes from Hovland, Scheffler, Im and Munoz. This equated to a 14th place for a $70 collect. The DraftKings lineup was a bit of a wreck in the end with 2 missed cuts and a WD. It did however scrap through for a couple of Double-Ups, surprisingly. 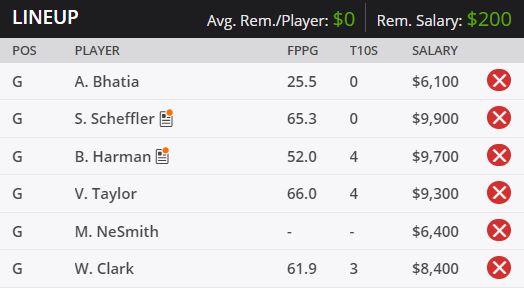 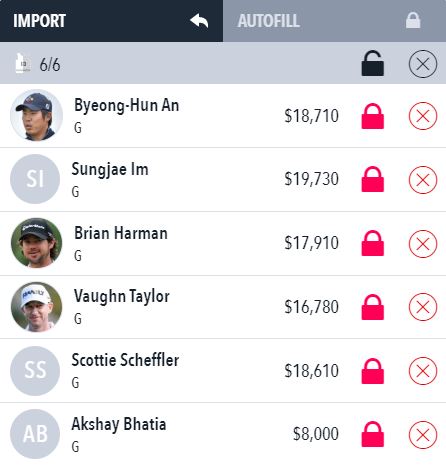 Like last week, I have gone a 'Stars and Scrub' approach where the 'Stars' are few and far between. My three core players are Scottie Scheffler, Brian Harman and Vaughn Taylor. Not exactly three household names for golf fans but I believe we may get a winner out of these three. Scheffler had a brilliant Greenbrier bouncing around the Top 5 until finishing T7. Scheffler was second in the field in strokes gained approach (+8) and first in greens in regulation last week. An awesome 62 on the Friday had Scheffler leading the tournament, so he can get hot. Speaking of getting hot, Harman finished T3 at the Greenbrier and if we dig a little further, was T6 at the Wyndham which was held back in August. Dig even further and he was T7 at the 3M open back in July, so Harman can have win equity here. Stats don’t quite pop but the form is there. The third player in my core, Vaughn Taylor is the one I am more bullish on. Taylor’s last tournament was the BMW Championship (in the playoffs) where he finished T16 in a field of 70. Great stats in putting (11th in the field for SG: Putting) and is 18th in the field for Bogey avoidance.

For Draftstars, the salaries mean that I can squeeze in another two high salaried golfers and I have gone with the Korean pair of Byeong-Hun An and Sungjae Im. These two may seem safe, but An is terrible with the Putter and while Im can make a ton of birdies, he also makes a stacks of bogeys. But having impressive tournaments last week and the relatively weak field means they are on my side. Now, the last spot goes to Akshay Bhatia who is a 17-year-old golf prodigy who just turned pro last week. Bhatia was a part of the successful United States team than won the Walker Cup - a competition for amateurs against Great Britain and Ireland. The media have given Bhatia a big buzz coming into his first tournament and, at the bare minimum on each site, is worth a punt. A google search of Bhatia contains plenty of information and he is someone I will follow into the future.

Additional golfers for DraftKings include Wyndham Clark who can make inroads with his length and his talents with the putter (7th in the field for Putting Average). Michael NeSmith missed the cut on the number last week and I am optimistic that he can make the weekend. He has plenty of talent and that shone when he won the Boise Open only just last month.

Good luck for your lineups in the Sanderson Farms!

Haven't played DFS Golf before? Check out our How to Play DFS Golf here