How to Play Daily Fantasy AFL on DraftKings 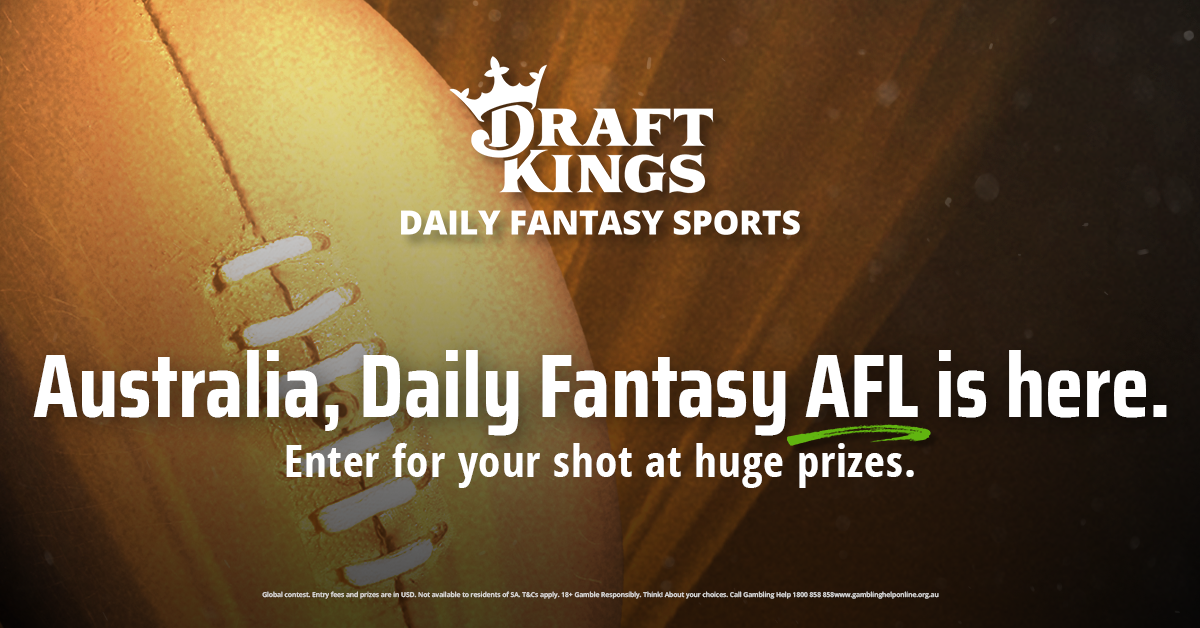 If you are watching Australian Rules Football for the first time, then welcome to Australia’s most passionate game. The Australian Football League (AFL) is one of oldest leagues in the nation and comprises 18 teams battling out for the AFL Premiership. As the name suggests, the rules of the game are unique and can seem complicated for a novice let alone a mad sports fan to grasp. Yet the AFL is a great fantasy product to follow and is hugely popular in Australia.

To quickly get up to speed, the AFL a few years back produced “What is the AFL” which you can view below.

A game of Australian Rules is played over 4 quarters of play with 20 minutes allocated per quarter. However with the amount of stoppages within the game, a quarter is around 30 minutes of play (this is referred to as ‘time-on’). In 2020, the Pandemic saw the league reduced the amount of game time down by 20% to squeeze in the fixture. But in 2021, the traditional game length returns along with the 23 round fixture.

So with the “footy” in your hands you can give a “possession” in the following ways:

Handball: Players can pass the ball to a teammate by knocking the ball with a clenched fist out of their hand. The handball does not have the range of a kick but is quick and effective in giving a possession to a teammate who is close by. However the ball must be knocked off your hand before the ball leaves your hand. If not done correctly, this is called an incorrect disposal and awards a free kick to the opposition.

Mark: A Mark is otherwise known as a completed catch of the ball on the full from a kick that has not been impeded by another player. If the ball bounces it is ‘play-on’ and play continues. If a Mark is taken then the player is awarded an unimpeded Kick or Handball of the ball with a time-limit. Players are given 5-10 seconds in general play to dispossess the ball and 30 seconds when within 50 metres of goal to have a kick at goal.

Traditionally, each player had a defined position on the field and an opponent to play off against, but the game had evolved so much that we can label positions into 4 categories. Defender, Forward, Midfielder and Ruck. Within those 4 categories players can be given a “role” depending on the players skill-set. Terms such as Key-Forward, Loose in Defense, Outside Midfielder, Back-up Ruckman are examples of terms used by teams and the media.

The Ruckman is your tallest player in your team (like the Centre in Basketball) whose role is to win ruck contests against the opposition Ruckman. Ruck contests occur at the centre ‘ball-up’ (start of quarters and restarts of goals), when a ‘ball-up’ occurs in general play (the play stops due to the ball not be available to “play-on”) and at a boundary throw-in when the ball crosses the boundary line (the ball is “thrown-in” by the Boundary Umpire). Teams traditionally play just the 1 Ruckman in the team but teams can also call upon taller players in both defense and forward to play the role as “back-up ruckman” at Ruck contests. Ruckman have become athletic players that are now evolved in midfield play and become one of the most important players on the team. 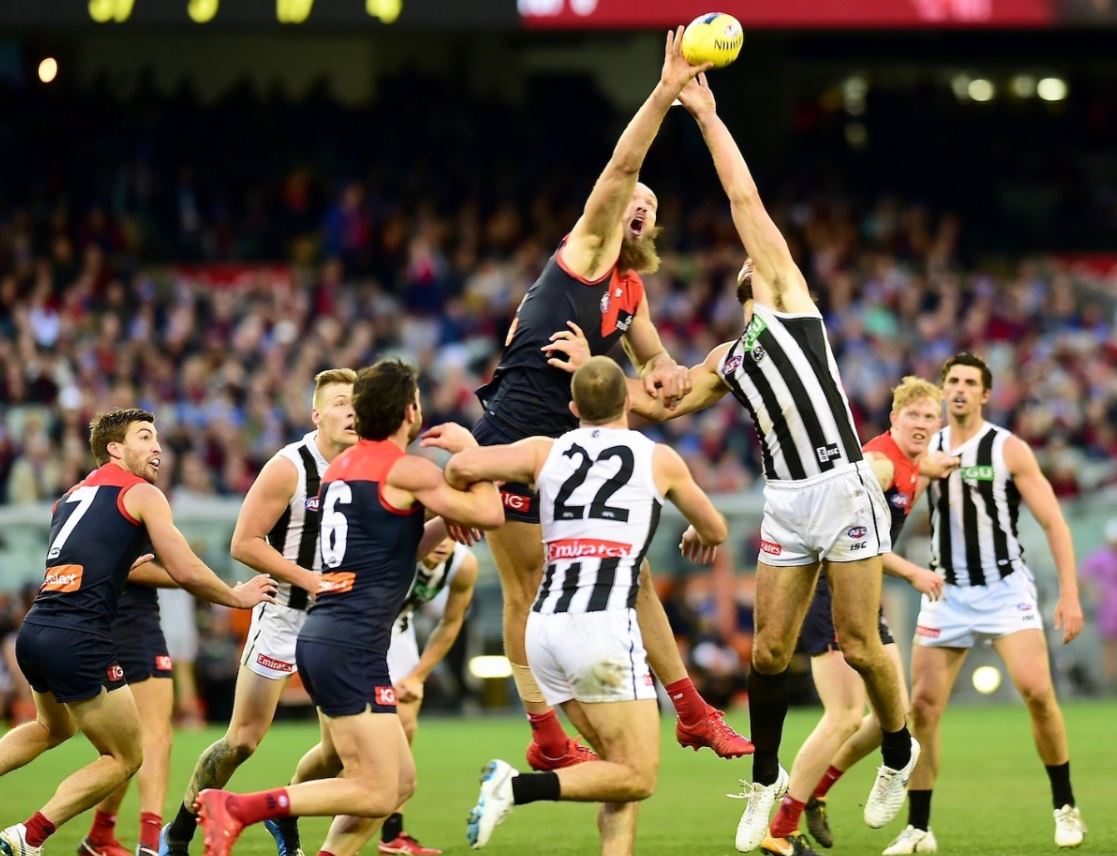 As the name suggests, these players are defending the goal from the opposition by playing on an opposition forward. These players are trying to force the ball away from the goal by Marking the ball, tackling the opposition, spoiling kicks and finding midfielders up the field when in possession of the ball. The Key-Defenders are the last members of the team guarding the goal by essentially “sticking” next to their Key-Forward opponent. Whereas “loose defenders” are guarding space and predicting where the ball will enter into their opposition's forward line. Just like Defenders in Football (Soccer) these players are not your superstars of the team but essential for a team's success. 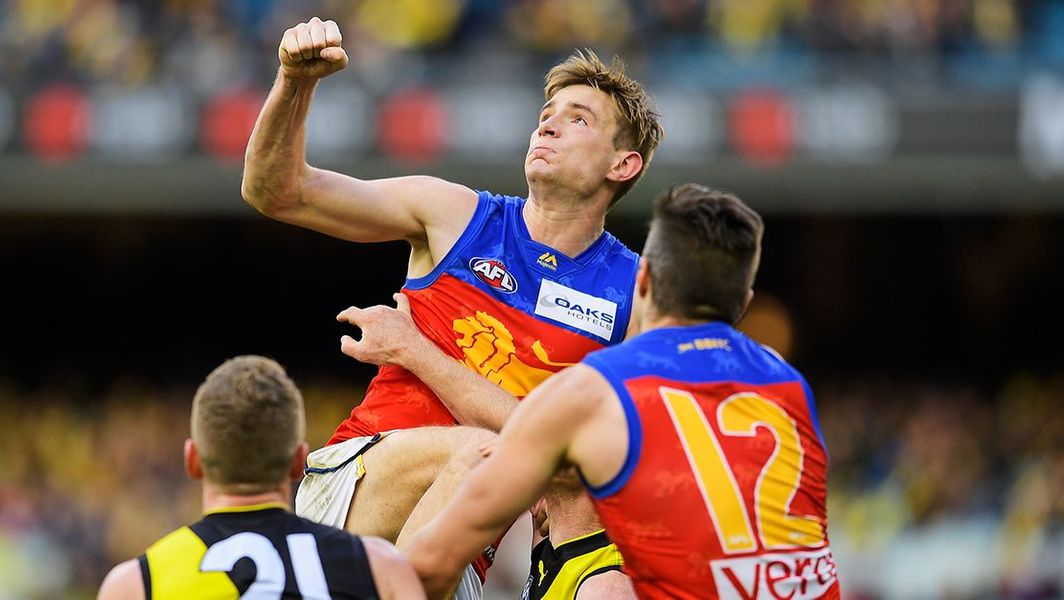 These players are the engine room for your team. With the ball going from one end to another and back again, these players possess the ball in high numbers. If the midfielders possess the ball then their objective is to find another midfielder or look to a forward towards goal. An “inside midfielder” is a player that is closer to the ball who is looking to dispossess the ball from the opposition via tackling or stealing passes. Whereas an “outsider midfielder” is looking to create space from their opponent by being the next player in a chain of possession. These players possess speed as they tend to run with the ball rather than kicking at their first opportunity. The game's elite athletes play in the midfield and receive recognition from supporters and media alike. 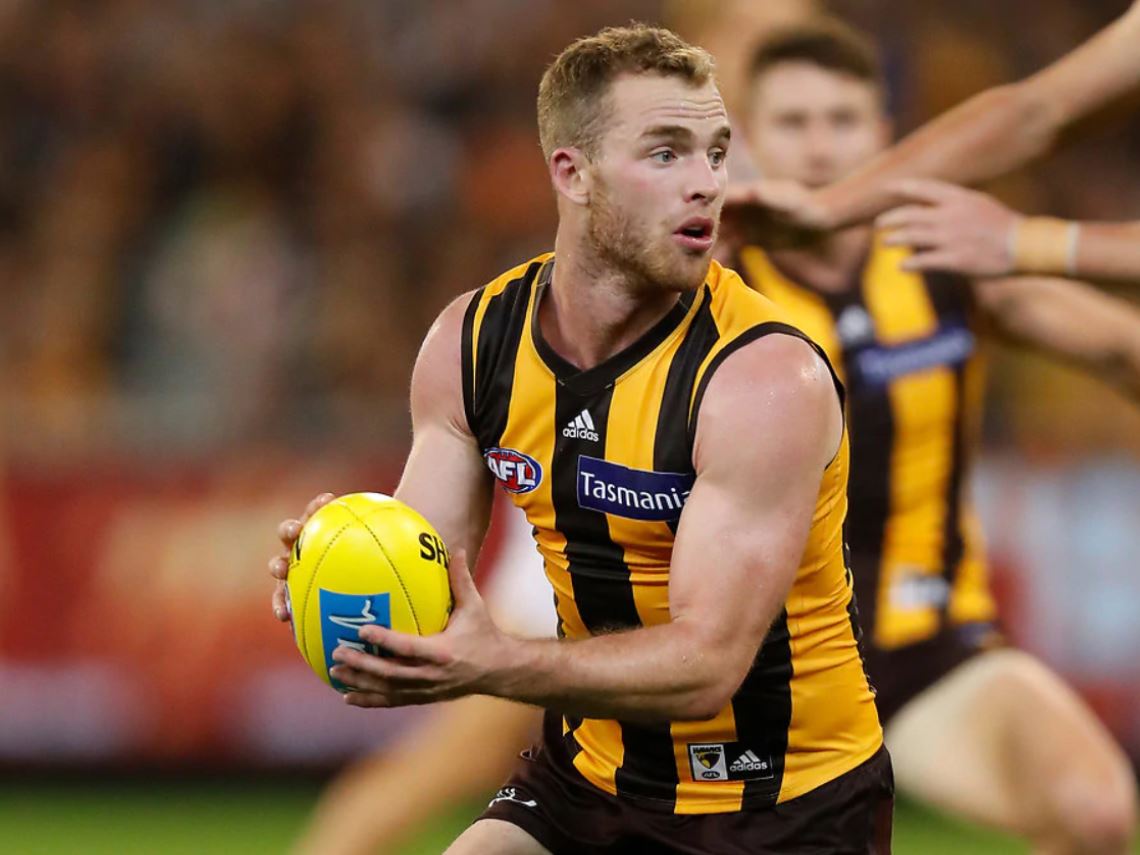 Forwards come in different sizes to combat the nature of opposition defence and game style. Key-Forwards are tall and athletic who mark the high ball and kick goals from all angles. Underneath the key-forwards are “crumbing” forwards who are smaller in size but quick and invasive to avoid tackling and kicking goals. Today you will find midfielders within the forward line to help the teams attack and rotate players through the middle of the ground. 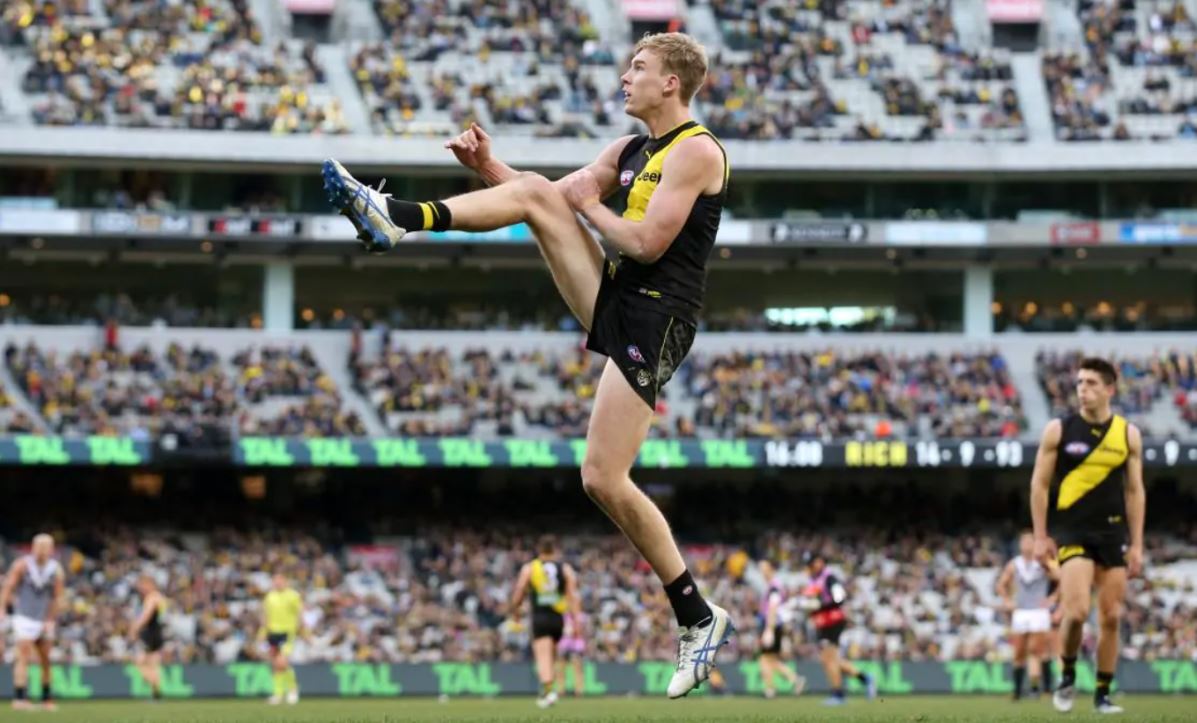 So How Does AFL Fantasy Scoring Work? 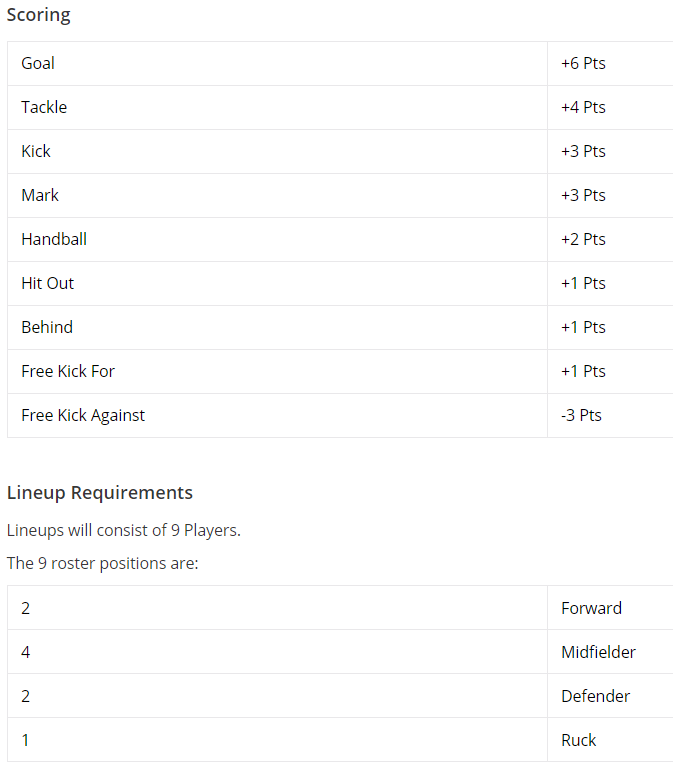 The scoring for AFL is pretty easy to follow when watching the play. Tackles are fantasy gold as they are worth 4 points each. On average a team will make 60-65 tackles per game. The better tacklers on a team make 5-10 tackles a game. A Hit Out is awarded to the player (Ruckman) who wins the tap of the football in a ruck contest. Think of it as who won the opening tip in a basketball game and you receive a fantasy point. On average a Ruckman will win 30-35 Hit Outs per game. You will receive one point for a Free Kick For (the umpire awards a player a Free Kick if the other team infringes on a rule or you are ‘holding the ball’) and you lose 3 points if your player gives away a Free Kick. On average a team receives/gives away 18 Free Kicks a Game.

So What is a Good Score in AFL Fantasy?

A player scoring 100+ fantasy points is regarded to have a good fantasy score. But in 2020 the amount of game-time was reduced by 20% and thus the data from the season may seem underwhelming for 100+ scores.

New for 2021 on DraftKings is the Showdown/Captain contest that has been used for various sports on the site. The Lineup will consist of 6 players only where you will select a Captain and five (5) FLEX players. These players can be any of the 44 selected players from both teams on a slate. The player you select as your Captain will score 1.5x the standard fantasy point value for each statistic, but drafting a player as Captain will also cost more salary than drafting them as FLEX.

This is a new concept for AFL Fantasy players especially in Australia who are used to the traditional lineup format. It is going to be interesting to see the strategies that will go into roster construction.